Construction gets underway on the new Seattle Center Arena 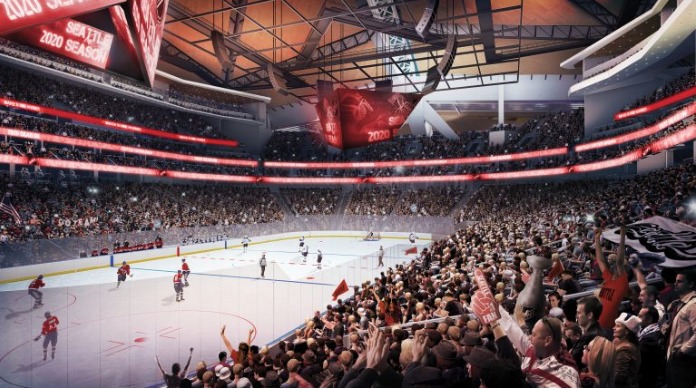 This week’s groundbreaking marks a seminal moment in the history of both Seattle and KeyArena as work gets underway on the new Seattle Center Arena, which will serve as the stage for the 32nd National Hockey League (NHL) team, as well as the WNBA’s Seattle Storm basketball, Seattle University basketball and hopefully the NBA’s. In all, over 140 sporting events, concerts, entertainment and family activities can be hosted at the venue each year.

It was also confirmed this week that the price tag for the project has risen from US$600m to US$850m, according to Oak View Group (OVG) CEO, Tim Leiweke; a significant increase from the initial projections for the privately-financed project, but the principals involved believe the increased investment is part of making the new building one of the top arenas in the country.

CAA ICON is serving as the Developer’s Representative for OVG in their redevelopment of the historic KeyArena. Upon completion, expected in late 2020, the new Seattle Center Arena will deliver to the people of Seattle a state-of the-art civic arena designed to host music, entertainment and sporting events.

Seattle Center Arena’s design preserves KeyArena’s historic roofline, meets LEED standards and will serve as the anchor for the redevelopment of the entire Seattle Center campus

Globally-renowned architectural firm, Populous, is responsible for the design, with Skanska-Hunt (a joint-venture between Skanska and AECOM Hunt) having been announced as the General Contractor back in July, at the same time, OVG and the Seattle Hockey Partners (SHP) investment group released a detailed explanation on how they plan to dig down at Seattle Center and double the size of the current KeyArena footprint.

The design will preserve the arena’s current historic roofline, meet LEED standards and serve as the anchor for the redevelopment of the Seattle Center campus. The new arena will also feature a club space where fans can view the arena bowl and the Space Needle.

Seattle has a once-in-a-lifetime opportunity to embark on a transformational project that will revitalise a historic landmark for future generations, build a world-class sports and entertainment venue unlike any other in the world, and enhance the urban experience at Seattle Center and its surrounding neighbourhoods – all at no risk to the City or to taxpayers.

We know that fans are going to be amazed at the new arena, our neighbours and community will be proud, and we can’t wait to open the doors in time for the Seattle Storm to begin its 2021 season, with the inaugural NHL Seattle season soon to follow.

In other relevant news, one of the worst-kept secrets in Seattle sports became a reality this week, when Tod Leiweke – the younger brother of Tim and a former Seahawks CEO who served in that same capacity with the NHL Tampa Bay Lightning after leaving Seattle in 2010 – was named CEO and President of the recently awarded 32nd NHL expansion franchise to play at the remodelled arena.