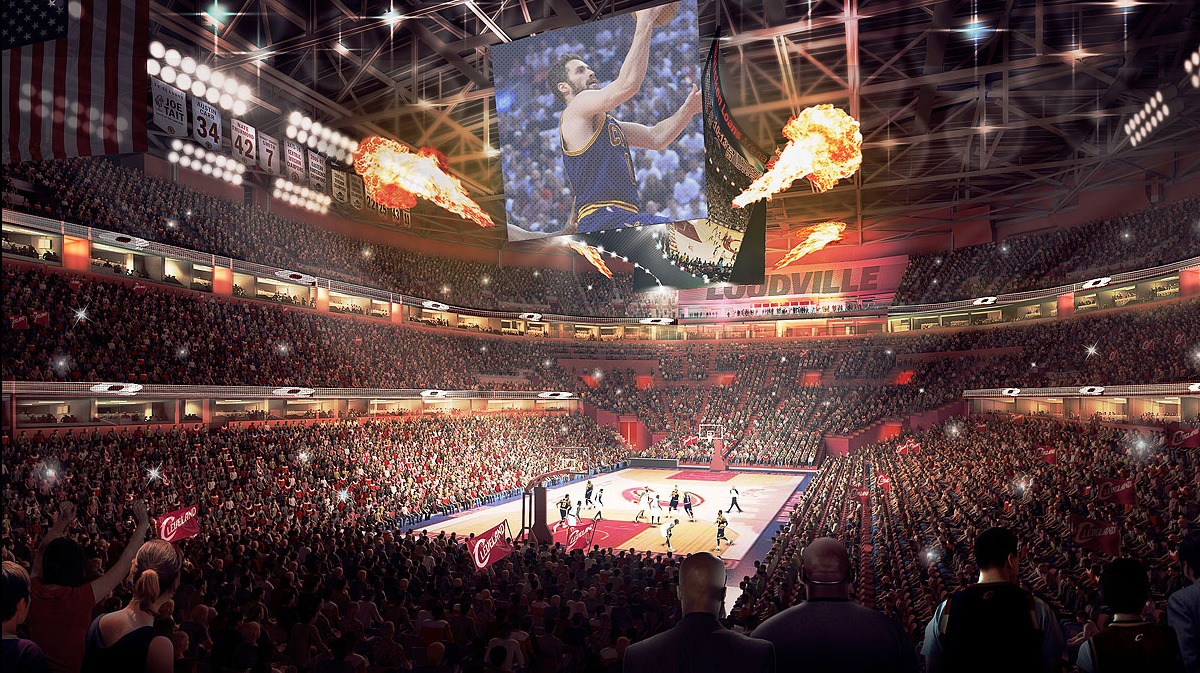 It was announced announced this week that Cleveland has been selected to host NBA All-Star 2022, when the league will be commemorating its 75th anniversary. The 71st NBA All-Star Game will take place at Quicken Loans Arena, home of the Cleveland Cavaliers, on February 20, 2022.

The Cavaliers previously hosted NBA All-Star in 1997, when the NBA celebrated its 50th anniversary, and in 1981.

Cleveland is a passionate sports city with a proven track record of hosting large-scale, global events. We thank Dan Gilbert, Len Komoroski and the civic leaders for their commitment, and we look forward to a weeklong celebration of our game.

With the current, large-scale arena renovations underway that will be completed in advance of NBA All-Star 2022, the game and extended activities in the transformed Quicken Loans Arena will offer fans an enhanced experience.

We are proud to host NBA All-Star weekend in Cleveland in 2022. We have been working with the NBA, the City of Cleveland and Cuyahoga County to deliver this iconic event to Northeast Ohio for the last couple of years. The transformation and new state-of-the-art Quicken Loans Arena was an important factor in the NBA’s decision to choose Cleveland for this exciting classic broadcast across the globe. The world will get to see the modern Cleveland and all of its diversity, innovation and promise for the future.

Along with the excitement and appreciation for the NBA selecting Cleveland and Quicken Loans Arena to host NBA All-Star 2022, we want to extend a big ‘thanks’ to our local partners at Destination Cleveland and the Greater Cleveland Sports Commission, and our City, County and Civic leaders. Their support and energy to always demonstrate what we as a community do best is at the core of bringing these major events to our city. We have a great partnership that will deliver an experience fitting for the NBA All-Star global spotlight. We thank the NBA for their confidence in this collective group, and we will put forth the focus and commitment to ensure that the players, fans, corporate partners, media and all who visit have an extraordinary experience in Cleveland and at the transformed Q in 2022. 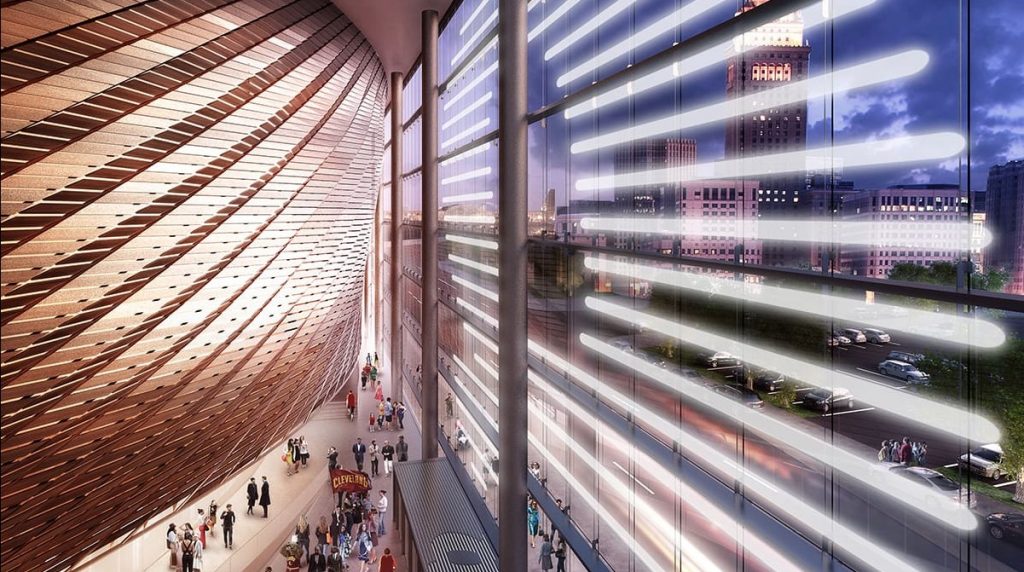 The Q transformation is being undertaken to maintain the venue’s world-class status, enhance the fan experience, and continue to provide a positive impact for the city of Cleveland, the community and neighbourhoods, and the region over the long-term

The City of Cleveland is pleased to host NBA All-Star 2022. Our city is no stranger to hosting successful, large, global events. It is a good opportunity, once again, for visitors to come to Cleveland and experience all we have to offer.

This is great news for Cleveland and Cuyahoga County. When we made the decision to invest in the transformation of the Q, we were aiming for exactly this kind of result. I am thrilled to see the NBA All-Star Game coming in 2022 with an expected $100 million economic impact to our region. Once again, our city and county will shine on the national and international stage and our businesses and residents will reap the rewards. 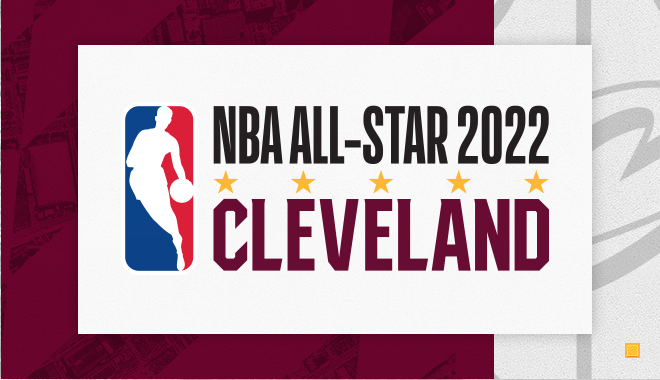 The NBA will host several events for fans of all ages at venues throughout the city, including The Wolstein Center at Cleveland State University and Huntington Convention Center of Cleveland. These events, including NBA All-Star Practice and the NBA All-Star Celebrity Game presented by Ruffles, will feature basketball programming and entertainment for fans as well as up-close access to NBA players, legends and celebrities.

The league will also continue to celebrate its tradition and commitment to social responsibility with a full schedule of NBA Cares events during NBA All-Star 2022. Through partnerships with schools, government and local nonprofit organisations in Cleveland and surrounding areas, the league will reach thousands of children and families and provide critical resources to community-based programs.

In 2022, the NBA All-Star Game will be televised in prime time on TNT for the 20th consecutive year, marking Turner Sports’ 37th year of NBA All-Star coverage. The game will be broadcast worldwide in 215 countries and territories and in 50 languages. 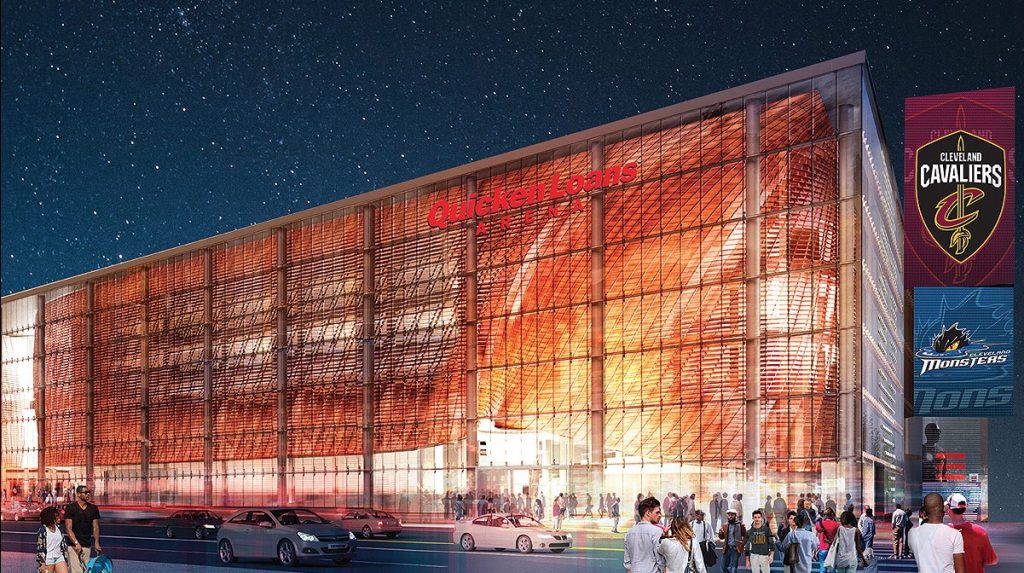 The US$140m renovation project is set to update the 23-year-old Quicken Loans Arena (The Q) – home to the NBA Cleveland Cavaliers, AHL Cleveland Monsters and over 200 ticketed events annually – in time for NBA All-Star 2022

Cleveland last hosted NBA All-Star in 1997, when the league celebrated its 50th anniversary season. The NBA’s 50 Greatest Players were honoured during a ceremony at halftime of the All-Star Game.

The 1997 NBA All-Star Game featured a historic performance from Charlotte Hornets forward Glen Rice, who set an All-Star record for points in a quarter with 20 in the third period. Rice finished with 26 points to lead the Eastern Conference past the Western Conference 132-120, earning MVP honours.

The Cavaliers also hosted NBA All-Star 1981, at Richfield Coliseum, the team’s home from 1974-94. Behind MVP Tiny Archibald of the Boston Celtics, the East defeated the West 123-120.

The Q is currently undergoing a major US$140m upgrade and expansion, which will allow it to host major events, and extend the lifespan of the Cavalier’s home court. Gensler Sport is serving as the design architect – taking over the project from SHoP and Rossetti, who released a design for the stadium in 2016 –  and will be responsible for transforming the exterior elements of the building, including new areas for outdoor events and modern solutions for arena entry challenges.

The redesigned six levels of interior space will be expanded to increase the functionality of the main concourses and gathering areas.