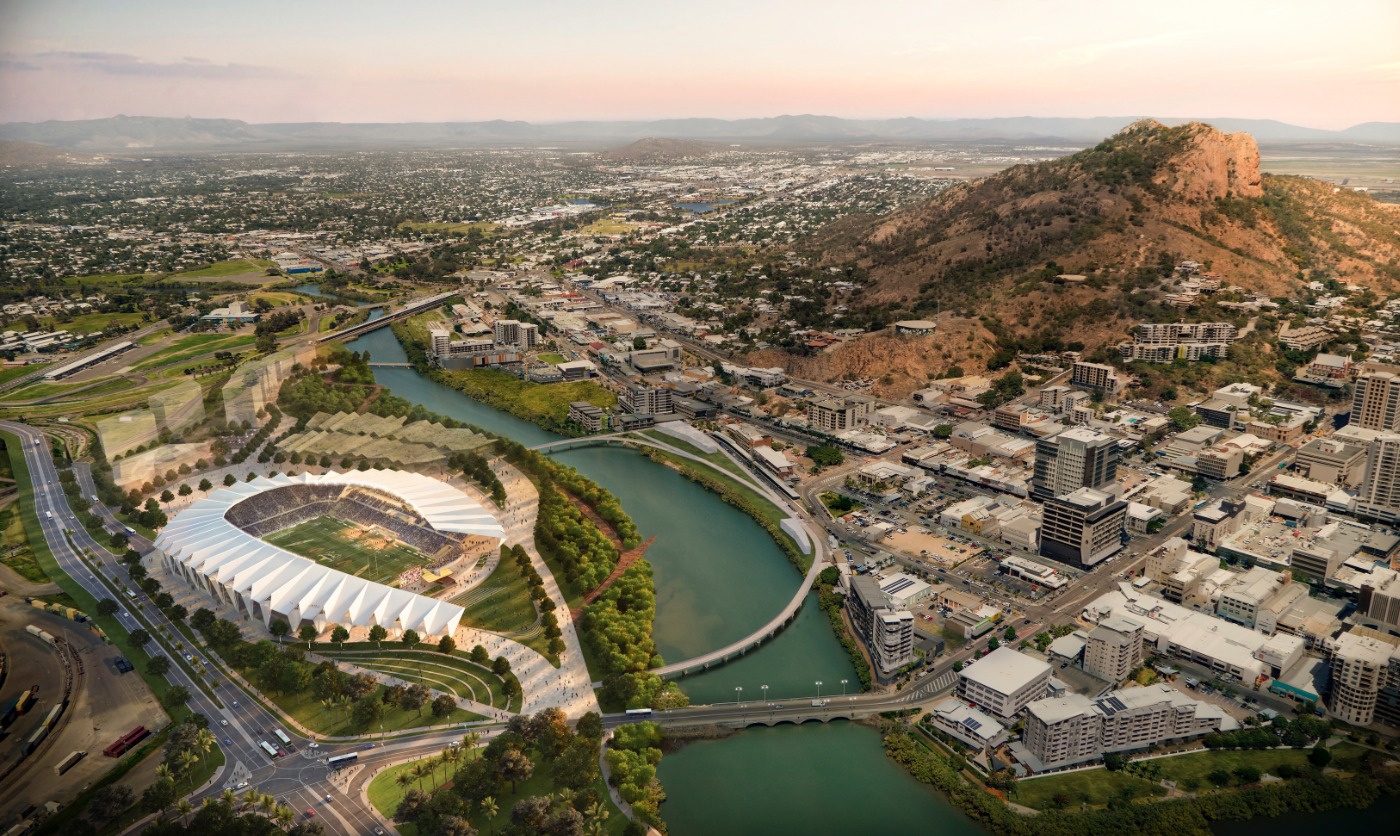 The Queensland State Government have released drone footage showing the progress of construction at the North Queensland Stadium in Townsville.

Once complete, this 25,000-seat facility will revitalise the region, offering exceptional public space and a world-class standard venue for sport and entertainment.

…the stadium design is an expression of tropical Queensland and North Queensland in particular. It combines structural, functional and operational aspects of international modern stadiums with engagement of the environment that is quintessentially Queensland.

North Queensland Stadium continues Cox Architecture’s tradition of delivering Australia’s best sporting infrastructure and is on track for completion in 2020.

Watch the drone footage by simply clicking on the below: 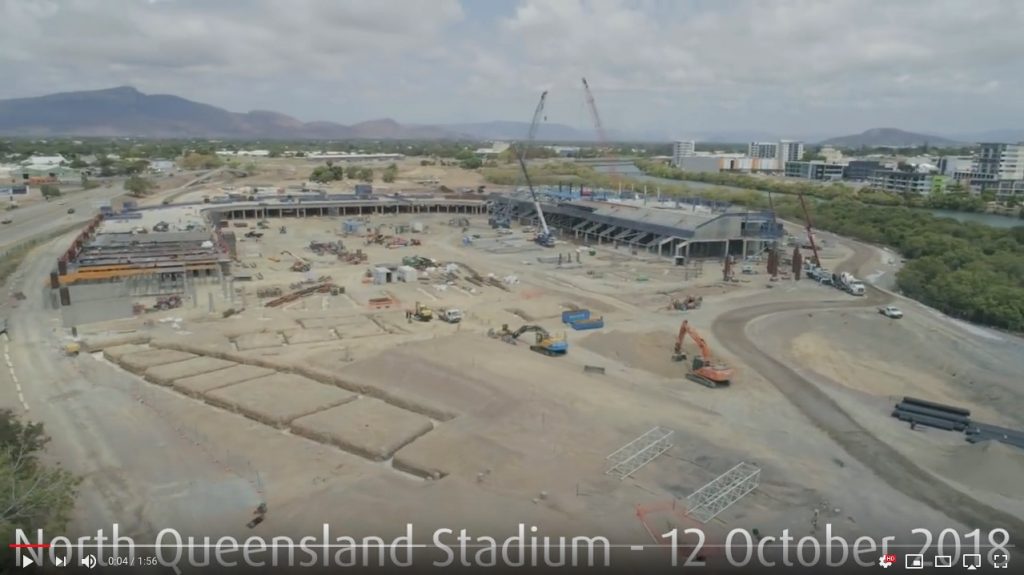 The North Queensland Stadium has been designed for a 25,000-seat capacity with the option to expand to 30,000 seats in the future. This provides 7,000 more seats than the current 1300SMILES Stadium. The centrally located, best-practice, multi-purpose, regional stadium will be built in Townsville, in time for the start of the 2020 National Rugby League (NRL) season. It will also accommodate up to 40,000 patrons in concert mode.

The modern look and feel of the stadium has been enhanced by incorporating the sports lighting into the stand roofing, eliminating the need for light towers. It will feature a horseshoe-shaped, cantilever roof inspired by the pandanus plant. While providing an elegant expression of the building, the roof will shade about 75 per cent of the seating, with generous overhangs over the concourse and main entry.

In place of traditional trusses, folded plates achieve the roof’s ‘pandanus’ geometry. The folded plates provide the strength to resist cyclonic wind loads and the flexibility to allow the roof to expand and contract with tropical temperature fluctuation.

On the sweeping nine-metre-wide concourse, patrons will be able to walk the full 600-metre circumference of the stadium without the use of stairs, all while being able to see through to the field of play.

The Stadium will feature generous plazas and landscaped green spaces. The grassed northern parkland and plaza will form part of the northern entry and provide a space for friends and family to meet before entering the stadium. The southern plaza and entry will lie adjacent to an integrated bus hub.

The stadium will feature:

Water and energy efficiency has been a key consideration in design decisions. For example, the design incorporates water sensitive urban design strategies including rainwater harvesting infrastructure, and water efficient fixtures and fittings.

Invitations for expressions of interest in most of trade packages for the North Queensland Stadium project have now closed. Should any new trade packages be required, Watpac – the main contractor – will list them on the ICN Gateway.

Businesses with an interest in participating in any of the remaining trade packages for the North Queensland Stadium project are encouraged to complete the following three steps:

The following trade package has been released for tender (current 29 June 2018):