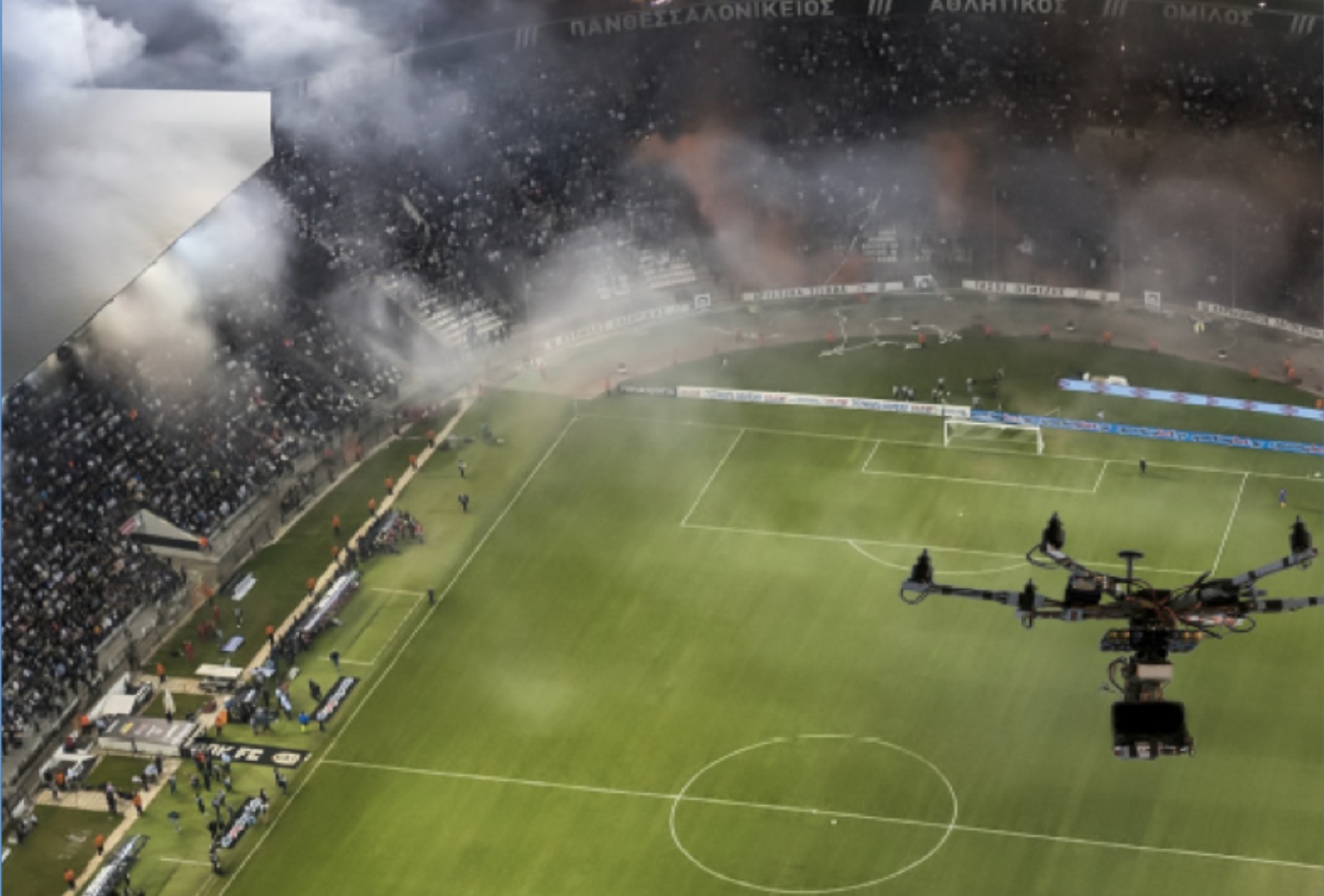 David Waldman, an expert in incident management and resilience policy and coordination, specifically in providing security for sports venues, outlines how to protect your venue from UAVs.

There are many reasons for this evolution, from an increase in the number of devices to a lack of effective security plans to inconsistent local- and federal-government policies. But, all is not lost! There are absolutely things you can do now to be proactive and protect your venue.

First, let’s look at the numbers. The predicted dramatic increase in the numbers of drones is the reason you’re reading this in the first place. In January of this year, the Department of Transportation announced that the total number of drones now registered with the Federal Aviation Administration (FAA) has eclipsed one million.

In March, the FAA projected “phenomenal growth” of drones in the U.S., estimating that by 2022 the small model hobbyist fleet will grow to 2.4 million units, the small non-model UAS fleet will grow to 451,800—totalling about three million drones operating in U.S. airspace—and the number of remote pilots will increase to over 300,000.

So far, most incidents at sporting events have been attributed to pilot error. Luckily, none of these events have caused significant injuries. However, UAVs have already made an impact on sports and entertainment venues. Some of the more notable events include:

While the impact of these incidents to date have been minimal, I would put the threat of UAVs, or Unmanned Aerial Systems (UASs), within the top three of the greatest venue security threats. Why do these devices pose such a dramatic threat? I chalk it up to three primary reasons.

First: Easy Access. Over the past few years, UAVs have become smaller, easier to use, and are more affordable, all of which combine to provide much greater access to drone technology and devices. Plus, UAV control systems are often designed and modelled after many popular video game consoles making it easy to fly most devices within hours. That means, just about anyone can purchase and learn to proficiently fly a drone in very little time. To me, this means it’s not a matter of “if” there will be an incident involving UAVs, but a matter of “when.”

Second: Potential magnitude.  We can see from overseas events—in military instances in particular—that UAVs can be modified to deliver a variety of payloads, including explosives. As with nearly any threat, no set of regulations will deter a motivated adversary with malicious intent. So, to me, a significant challenge is determining the intent of the pilot.

How do you distinguish a terrorist attack from a hobbyist drone veering inadvertently into restricted airspace? This problem is exacerbated when time becomes a critical factor.  Security managers may have minutes or seconds to decide how to address an inbound UAV threat. These factors influence the decision to act and, in turn, which action to take.

Third: Technology is ahead of legislation. There is no clear policy on UAVs and how stadium and venue managers can mitigate the threat. Many states and local authorities have enacted policies to restrict or prohibit UAVs at sporting events or on private property. So far, 41 states have enacted laws addressing UAVs and an additional three states have adopted resolutions. Common issues addressed in the legislation include defining what comprises a UAS, UAV, or drone and how they can be used both by law enforcement and the general public.

While this is a great start, there is disagreement between legislators, law enforcement, and security professionals on specific preventative actions you can take to protect against a perceived UAV attack.  Even the most basic issues becoming challenging, for example:

We’ve been preparing and training for more traditional threats—such as active shooter scenario, IED, or vehicle ramming incident—for years. We have installed barriers, magnetometers and enacted strict policies about what you can and cannot bring into a stadium, as well as security guards trained to handle most of these types of situations. We do not have a good answer, or a unified answer, on how to protect against UAVs. Significant ongoing efforts are being made to update federal legislation that will provide effective technology to address the UAV threat, but it takes time.

Here’s what you can do

The bottom line is, there is no standard, one-size-fits-all solution for the risks posed by unauthorised UAVs. Each venue and organisation will need to develop its own solution to the UAV threat that is specific to its location and needs. And, while there is not necessarily a perfect solution, that doesn’t mean nothing can be done. Here are a few steps that we can, and should, take now: 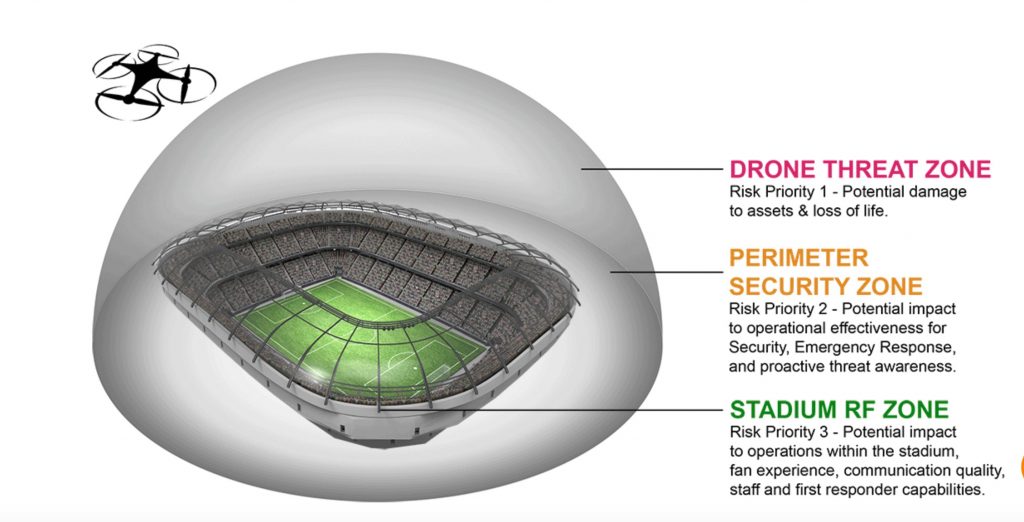 An example of anti-drone/anti-UAV technology is CLEARSKY™ by Digital Global Systems (DGS), which delivers enhanced security and operational efficiency by combining the power of patented wireless spectrum management with state-of-the-art drone mitigation

Responsibility for event security lies with each respective venue, sports organisation, and team ownership; it is their job to be as prepared as possible to ensure they run a safe event for their patrons and fans.

But in reality, the security operators, venue owners, team owners, and league organisations play but one role in their larger preparedness efforts. It takes an integrated, whole community approach, to ensure large stadiums and venues are prepared to respond to and recover from any incident—even UAVs. In fact, the most effective and proven best practice in addressing emerging issues, such as UAVs, is increasing overall awareness throughout your community.

This awareness involves the engagement of key stakeholders to ensure their familiarity with current UAV technology and legislation. Industry partners are encouraged to ensure that all staff from the executives to front-line personnel are aware of the potential threat UAVs pose and are aware of their own responsibilities in addressing this threat. Leaders are encouraged to develop pro-active policies that address communication with their communities and create effective standards for reporting incidents throughout their organisations.

Venue operators should coordinate with local, state, and federal officials (including Emergency Responders); engage private sector organisations, especially in those communities where venues are surrounded by local businesses or homes; and plan for any contingency and any incident that may occur in and around the venue.

Once the community is aware and involved, the next critical step is to include those key stakeholders in training and exercising. This ensures everyone knows their respective roles immediately before, during, or after a UAV event. 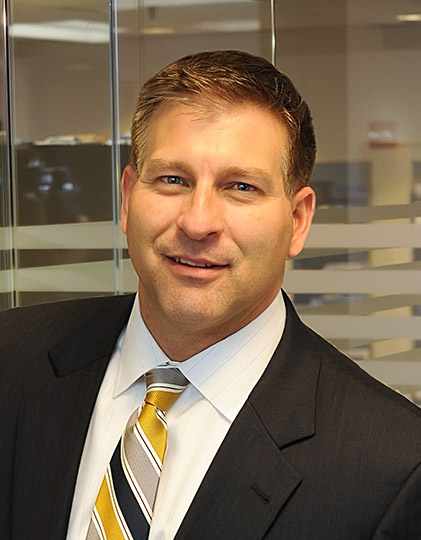 Author’s credits: David Waldman is an expert in incident management and resilience policy and coordination, specifically in providing security for sports venues. He has more than 25 years of hands-on experience, including service on the Homeland Security Council and National Security Council staffs at the White House and, more recently, providing emergency preparedness services for the Super Bowl and Olympics

Digital Global Systems (DGS) is a VIP Sponsor of Sports Venue Business (SVB). Find out more about their anti-drone technology and solutions online at: https://sportsvenuebusiness.com/index.php/2018/05/03/digital-global-systems-dgs/