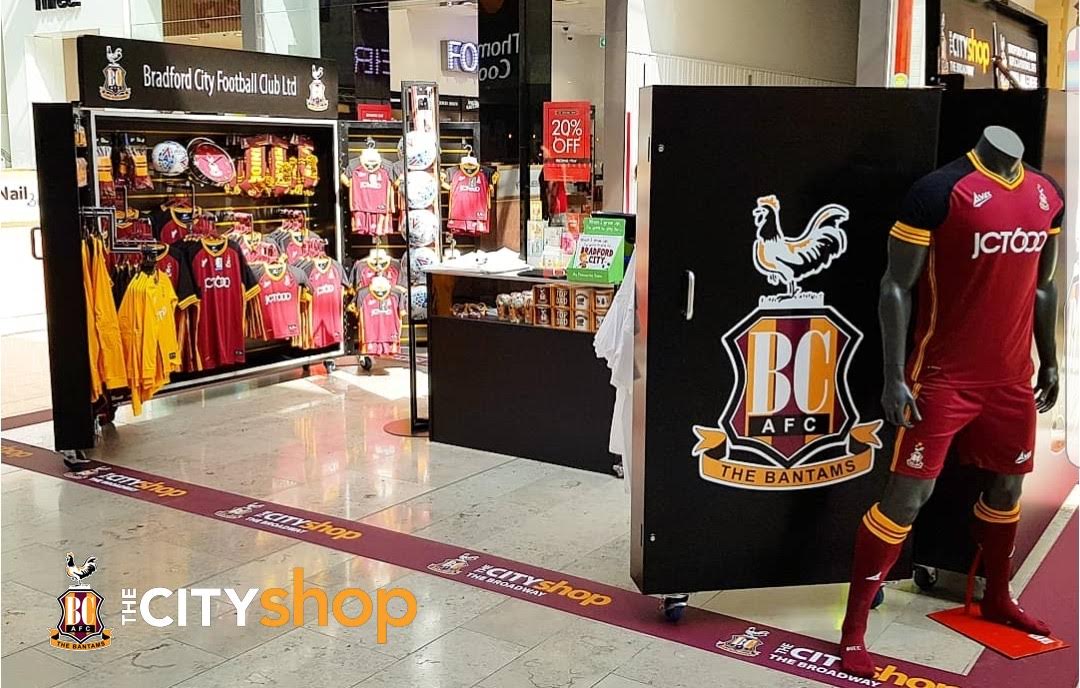 Bradford City Football Club has strengthened its retail offering with the addition of two merchandise display units from Rapid Retail.

The mobile, fully branded units made their debut appearance at The Broadway Shopping Centre in Bradford. They were used to create a pop up ‘City Shop’, giving visitors the chance to see, try and buy club merchandise. The retail zone also played host to some of the club’s top players, who dropped by to meet, greet and sign merchandise for fans.

Moving forward, the units will take pride of place at Bradford City FC’s Valley Parade stadium, providing supporters with easy access to club merchandise, while helping to reduce queuing and maximising revenue for the club.

The new units from Rapid Retail Ltd are awesome, and the service we have received has been to the highest standard.

Constructed from steel, the wardrobe-style display units are robust yet lightweight. They feature lockable, fold-out front doors and are fitted with castors, meaning they can easily be moved. Popular with football clubs of all sizes, the display units are a low cost and space-saving solution that can be designed, built and installed in just 2-3 weeks. 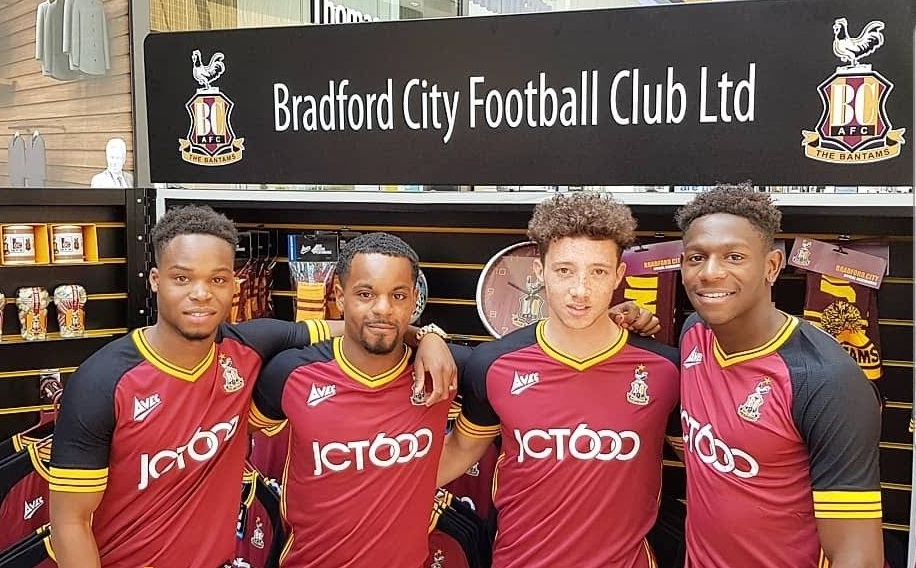 The units – currently sited in a pop up shop at the city’s Broadway Shopping Centre – will soon take pride of place at Bradford City FC’s Valley Parade stadium. Some of the club’s top players dropped by the pop up to meet, greet and sign merchandise for fans

It was our pleasure to support Bradford City with their new retail area. The units look fantastic and the feedback we have received has been very positive.

The Bantams are in good company, with clubs including AFC Bournemouth, Portsmouth and St Johnstone all ordering these units in the past month, and Valencia CF and Chelsea amongst those who already use them.

The beauty of this type of display unit is that they are visually very striking and thanks to their lightweight steel frame, are easily moveable. That is important, as we know some clubs like to ‘chase the sale’ by moving the units to where the largest crowds are.

Rapid Retail, based in Worcestershire, has been supplying pop up shop, kiosks and merchandise display units to customers across the UK and Europe, for more than a decade. Units are available to either rent or buy. Clients range from non-league sports clubs to world-famous stadiums, brands and retailers. The team also supports clubs with the creation of dedicated ‘fan zones’, which are growing in popularity, as a way to add value, drive fan engagement and aid the fan experience.

Check out Nick Daffern’s opinion piece, which ran across the Sports Venue Business platform earlier this month by simply clicking on the image below: 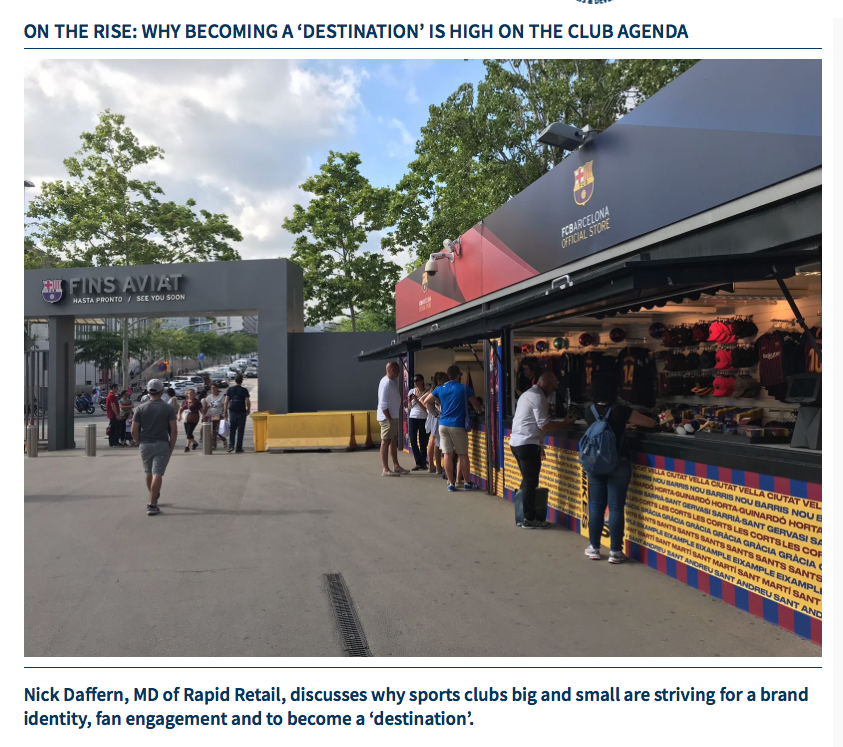