This is the first time the event has been held in the US and AT&T Park provided the perfect backdrop for a such a world-class event.

The iconic, 42,000-seat AT&T Park is home to the three-time world champions, the San Francisco Giants, one of Major League Baseball’s most historic franchises. It is one of the most spectacular and highly-rated sports venues in the US and is uniquely located in downtown San Francisco, along the waterfront overlooking the San Francisco Bay, making it a popular destination for world-class events, including an array of international sports and music concerts.

To meet hosting duties for the Rugby World Cup Sevens 2018 series – where New Zealand completed an historic double-double of men’s and women’s victories – the traditional clay areas of homeplate and the basepaths were replaced with 3″ thick cut sod to make a perfect playing surface.
Greg Elliott, the Giants Grounds Keeper, managed the field transition and he and his staff then reversed that operation on July 23, so that the Giants can play a home game just 5 days after the conclusion of the Rugby World Cup Sevens, which World Rugby Chairman, Bill Beaumont, hailed “as one of the great rugby events”. 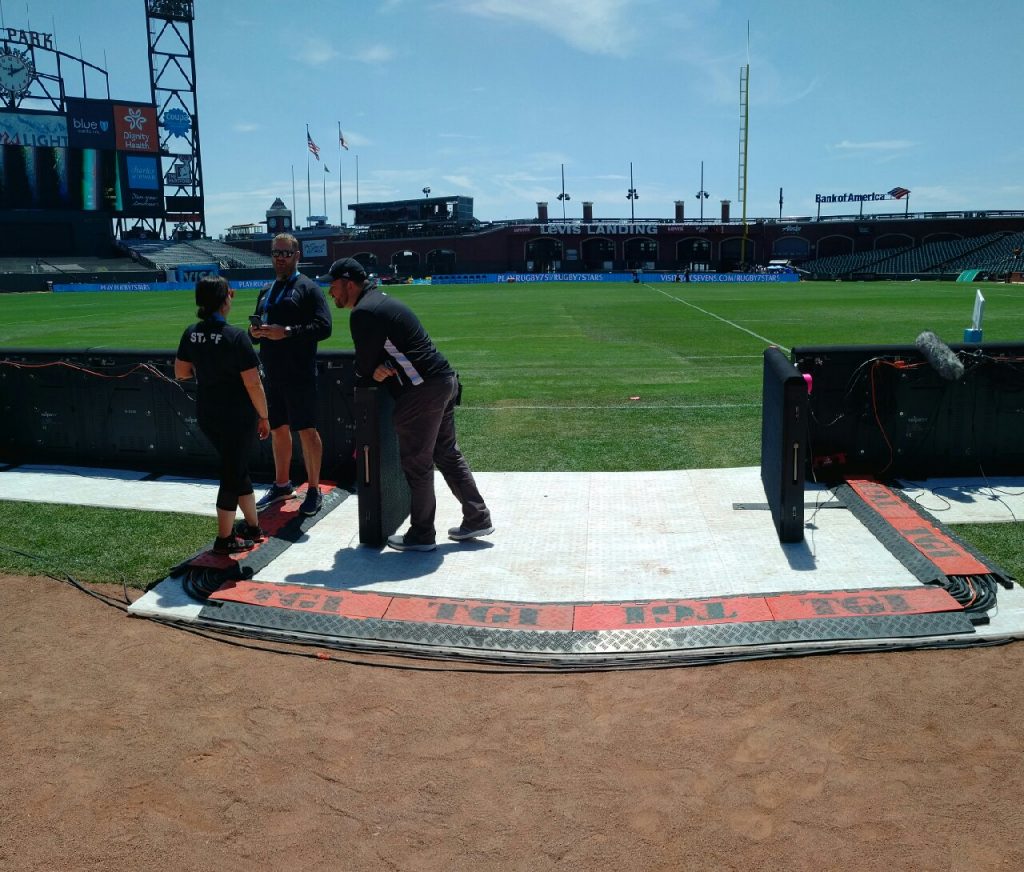 Getting the Rugby World Cup Sevens was the combination of years of site visits and proposals, and it paid off.

More than 100,000 fans were in attendance, many of whom will have been at a rugby event for the first time. And with the global reach of Sevens continuing to grow, fans were treated to a feast of world-class sporting action on the field and innovative fan-engagement experience off the field.
Michael Beane, Director of Terraplas™ in the Americas, said:

Of course, where there is a world-class event, there there is a Terraplas™ product.
AT&T Park own their Terraflor™ system, therefore all of the sideline signage boards, photographers and camera crews were stationed on the Terraflor™ turf protection product.
Along with Terraplas products, all of the TV and production cables were protected by YellowJacket™ and GuardDog™ brands, manufactured by the parent company of Terraplas, Checkers Safety Products. 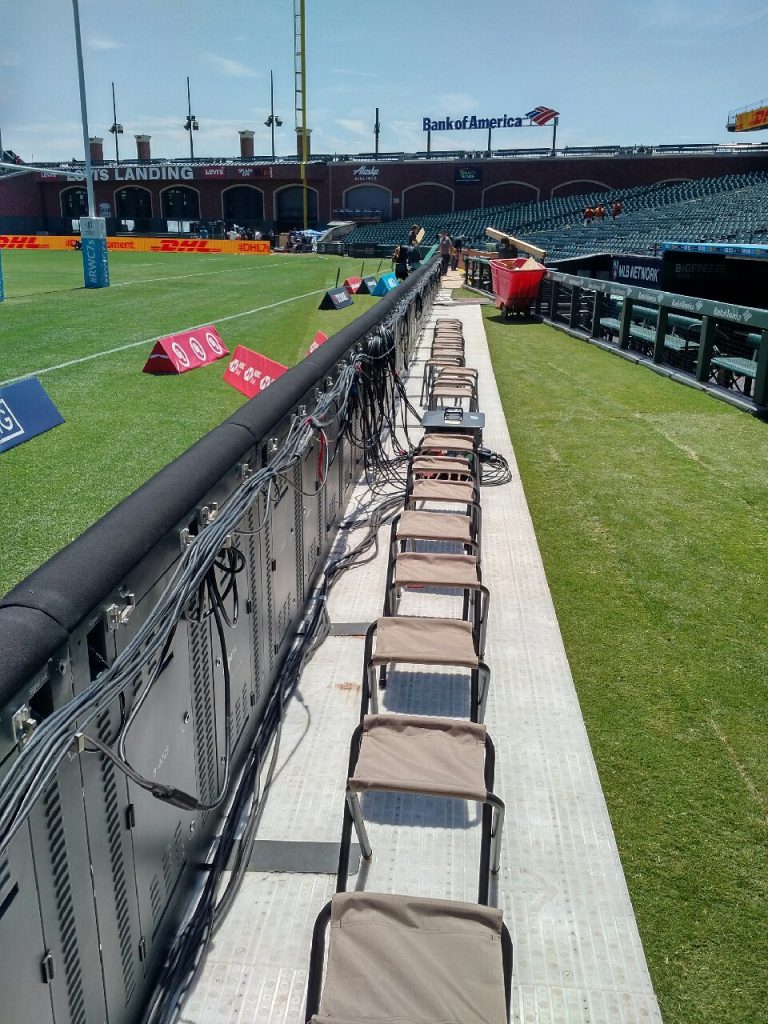 AT&T Park benefits from having their own Terraflor™ system, which all of the sideline signage boards, photographers and camera crews were stationed on for the Rugby World Cup Sevens

Terraplas is a long-standing VIP Sponsor of Sports Venue Business (SVB), click on the link below for further information on their world-leading turf and ice protection systems…or click here to view their online Industry Directory listing