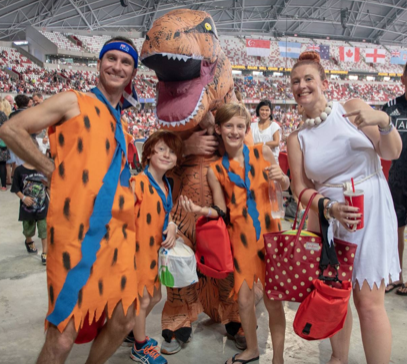 A variety of fringe activities focused on children’s entertainment during the recent 2018 HSBC Singapore Rugby 7s event, held at the National Stadium – the centrepiece of the Singapore Sports Hub – to bring out the best experience for the whole family.

Fiji may have been the winner on the field at the recently concluded Singapore 7s, but the Singapore leg also scored a victory as the friendliest for families.

As rugby fans bore witness to the on-pitch action, children and parents were also kept entertained with an array of fringe activities taking place in and around the Singapore National Stadium. This year’s edition also included more musical acts, both local and international, an in-stadium beer garden and showcased the best in foods and culture of Singapore and a number of competing nations to go alongside traditional favourites such as face-painting, magic shows, roving bands and more.

One of the highlights added to this year’s Sevens event was the Hasbro immersive zones featuring three beloved toy brands: Transformers, Nerf HQ, and My Little Pony. Participants (children and a few parents) battled it out over target practice at the Transformer and Nerf HQ zones, while fans of My Little Pony were able to meet characters such as Pinky Pie and Twilight Sparkles.

The family experience was focal to organising this year’s Singapore 7s. This was an event that everyone – regardless of age and gender – could attend and have a thoroughly enjoyable time, because of the wonderful array of food/beverages and good sumptuous food and entertainment available.

A line-up of international cuisine and local Singaporean delights was set up, for a diverse range of visitors at the Makan Hub (Note: ‘Makan’ means ‘eat’ in the local Malay language). The menu comprised an evenly split number of international and local delicacies, including murtabak, homemade beef sausage rolls, and Spanish churros with diners were entertained by performances which included Fiji dancers and Russian gymnasts alongside local Singapore music acts.

Spectators were not the only ones to reap the benefits with amenities for the players enhanced at the Singapore stop this year as well.

Players were housed in an up-sized Player’s Village, the largest on the Sevens Series tour, which featured a dedicated player’s ‘chillout zone’ equipped with massage tables and chairs, bean bags and enhanced catering with multiple screens showing the action in the stadium.

The larger natural turf warm-up areas in the National Stadium also ensured that players could do more spread and physical workout preparations for the matches.

Improvements for the players went all the way down to the nitty gritty such as shower pressure and expansive Wi-Fi coverage. All this in a bid to make sure that players remain in contact with loved ones abroad, and be at their peak form for the competition.

Check out SVB’s recent interview with Oon Jin Teik, CEO at the Singapore Sports Hub, and last year’s interview with Damian Bush, simply click on the images below… 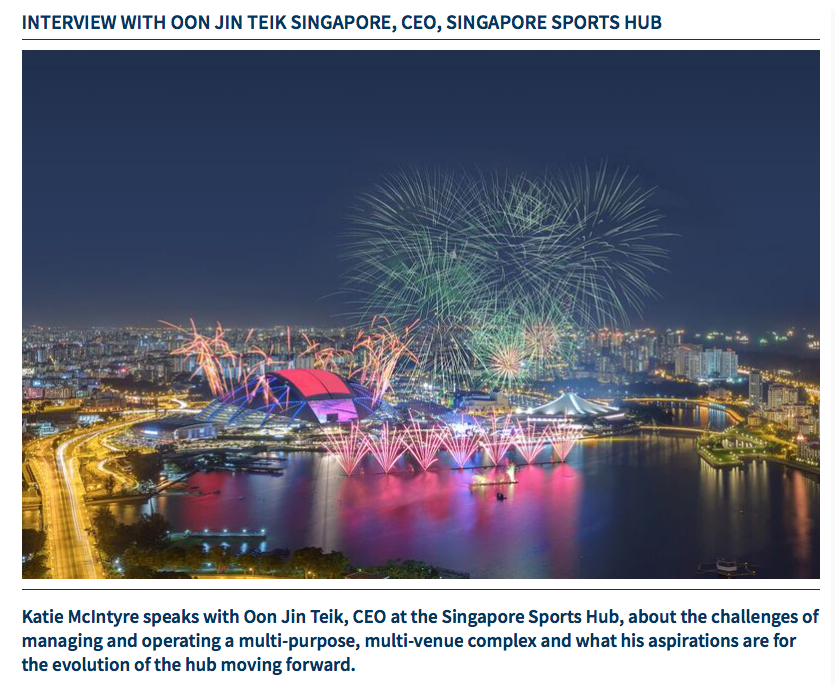 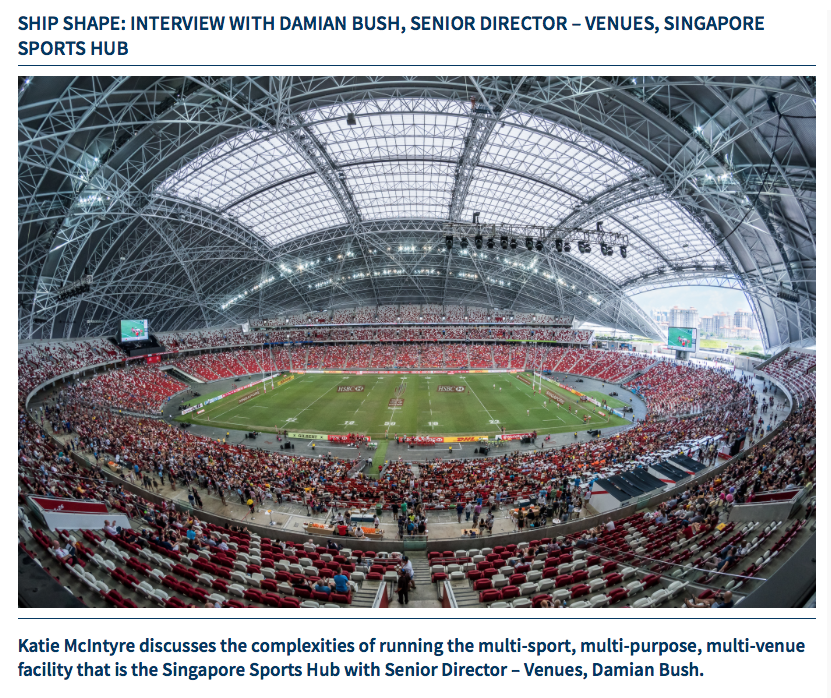