Announcing the launch of the innovative and patented Grandstand SAFE seat 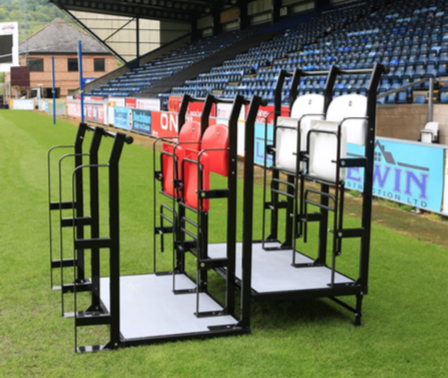 With next week’s Parliamentary debate on Safe Standing just days away, it’s particularly timely that Grand Stand Seating Systems Ltd have announced the launch of the innovative and patented Grandstand SAFE seat.

The safe standing campaign has all been about those who demand the right to stand at football matches, but the Grandstand SAFE seat, from Grand Stand Seating Systems Ltd (GSSS), makes it possible for those who wish to sit to do so.

The system has been developed by experienced stadium operators primarily to enhance the safety of fans who stand, or fans who are affected by those who stand at football matches, however, they have solved the persistent standing problem by addressing it from a new angle. Instead of trying to get everyone who is standing to sit down, they have designed a seat which means that everyone can see regardless of whether they sit or stand. Using the Grandstand SAFE seat, fans get great sightlines regardless of those around them.

The English Premier League (EPL) has recently stated that only 5% of fans want to stand all of the time whereas everyone else would, at some point during the match, want to sit. The 5% who are permanently standing and those that stand a lot, will impact the enjoyment of many of those around them by obscuring their view, so maybe 20% or 30% or even more are affected. That is a lot of people who have a problem with the current set up. 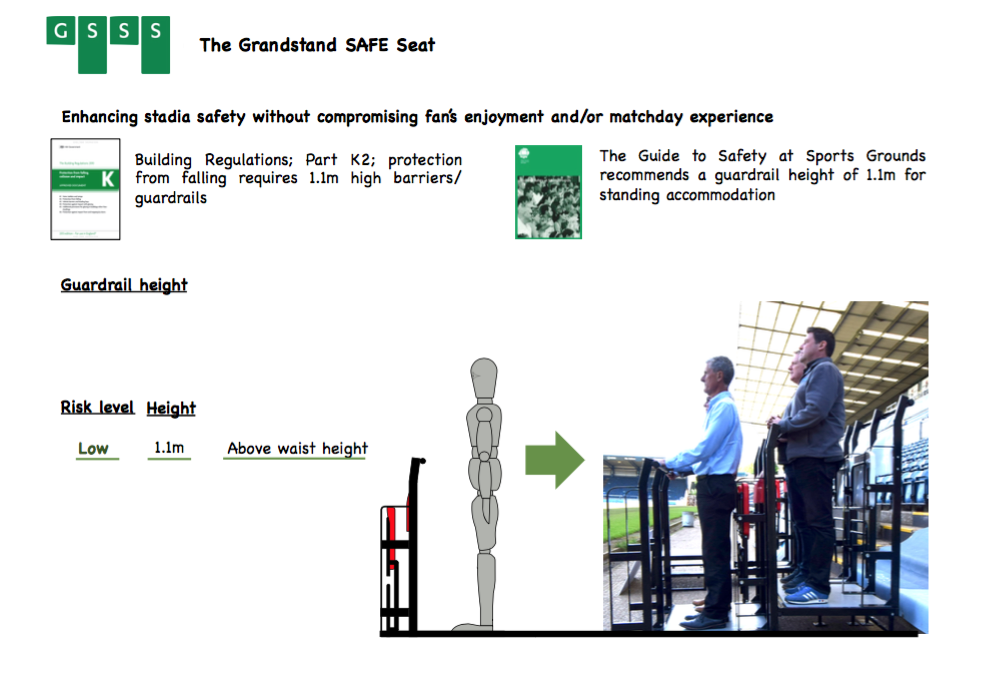 By creating a seat whereby, the incumbent is not impacted by those around him, the Grandstand SAFE seat brings further benefits. If fans are free to decide whether to sit or stand because their behaviour does not impact on the enjoyment of others, then more people can be included in these seating sections. Children, shorter people, and the disabled can now be included within the main body of fans as they will be safe and they will have great sightlines, even if those around them stand.

Because it is a tip-up seat, similar to the others in every stadium, GSSS believe the Grandstand SAFE seat complies with the Government’s all-seated stadium policy. It could capable of being installed now into any stadium and will immediately solve the problems of persistent standing.

During the Grandstand SAFE seat’s design process, it became apparent that instead of affecting fan experience the safety features combined with a number of adjustments including the seat height, width and the installation configuration actually provides significant benefits to fans, stadium management and safety authorities. 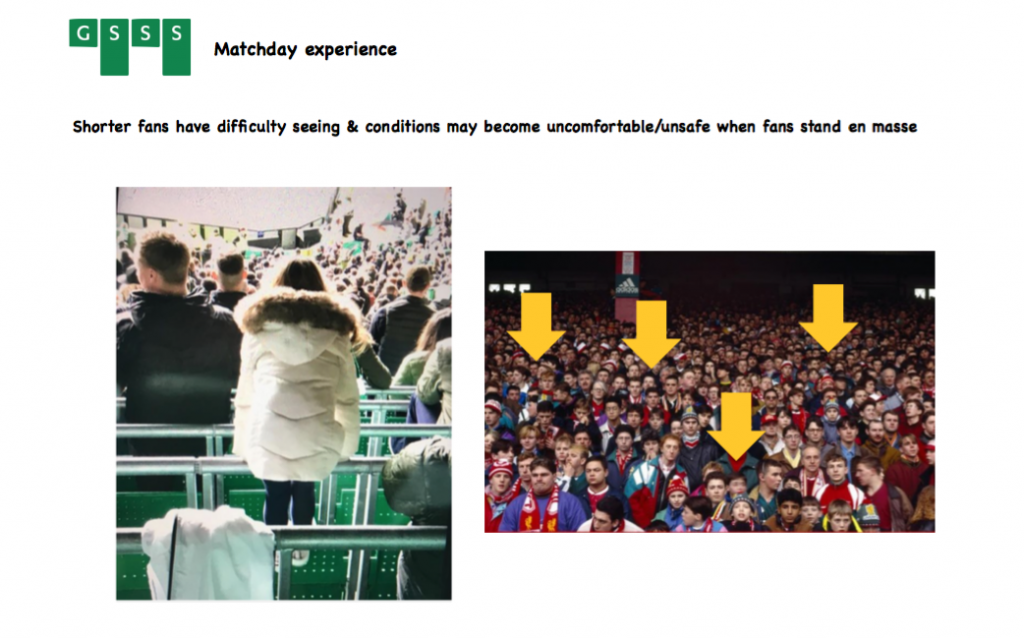 Unlike any other seating system available in the market place, the Grandstand SAFE seat comprises a fully regulatory and current edition Guide to Safety at Sports Grounds-compliant 1,100mm high guardrail that wraps around the back of the seat to protect its occupant from excessive crowd pressures from behind, whilst the guardrails that wrap around the seats in front will prevent fans from falling or toppling forwards during moments of excitement, celebrations, incidents etc.

This key safety feature has been made possible by elevating and off-setting the seat position so that fans that want to remain seated do not have their enjoyment spoilt by those around them that choose to stand.

In future, whether fans stand or sit they will now have identical high quality viewing standard and sightlines which are achieved by the off-setting of the seat centres in alternate rows so rather than a fan looking over the head of the fan directly in front to watch a match they will now look over the heads of those two rows in front.

The Grandstand SAFE seat’s design features ensures that those, such as disabled fans, families, the elderly, shorter fans etc., that in recent years have been excluded from areas of stadia as a result of not being able to see, stand for long periods or because of the safety conditions can now be included by the introduction of dedicated Grandstand SAFE seat accommodation.

The off-setting of the seat centres also ensures that fans remain in the seat position they purchased, radial gangways and vomitory entrances will not be blocked when fans stand and from a crowd safety management perspective there will be greater control and enhanced crowd monitoring capability which is a win, win for all.

The Grandstand SAFE seat has been the subject of consultation and scrutiny by the Sports Grounds Safety Authority (SGSA), Football Safety Officers Association (FSOA) and the football authorities over recent months, which has resulted in very positive feedback.

We can expect to see this seat in many stadia in the future, as it is now available, and will be installed by stadium owners and managers who are at the leading edge of customer experience. 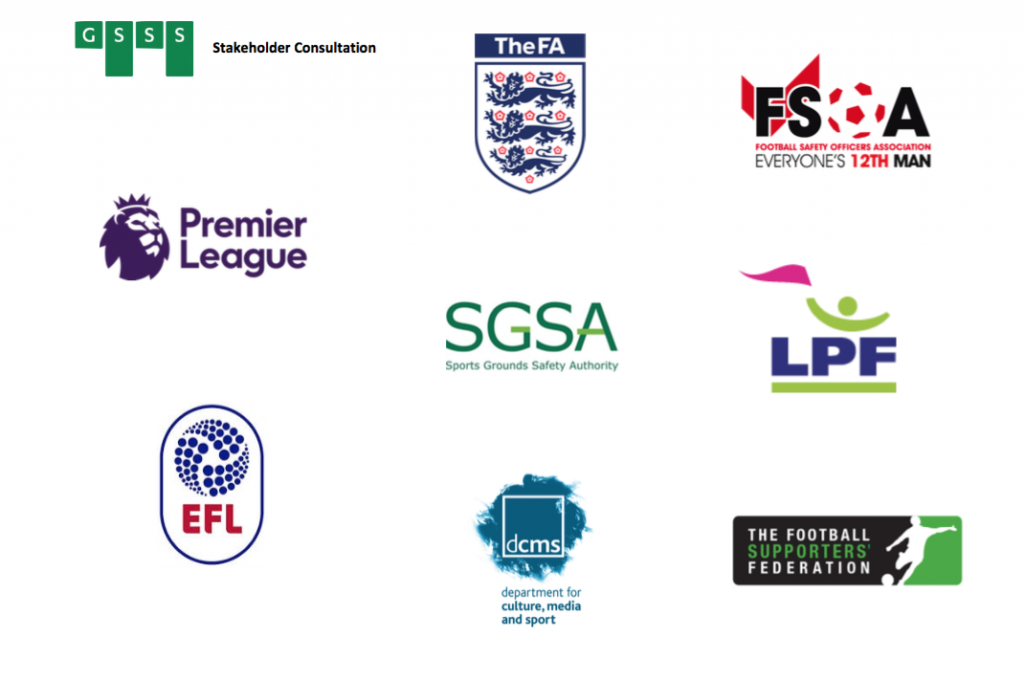