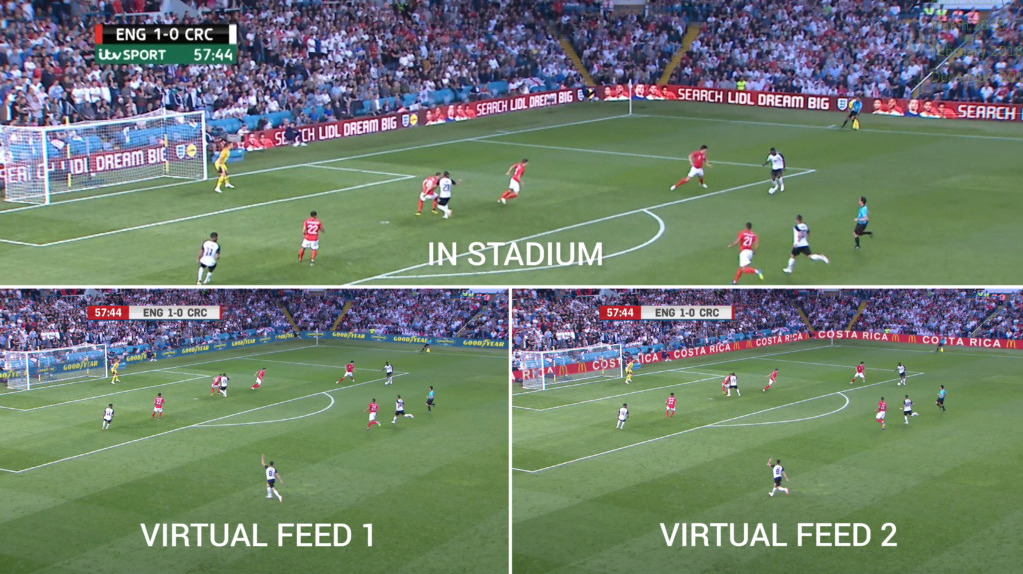 The Football Association (The FA) has delivered a world ‘first’ in international football by deploying Virtual Replacement Technology on the LED perimeter signage to target different worldwide broadcast audiences during England’s recent match against Costa Rica.

The deployment during England’s 2018 FIFA World Cup Russia™ warm-up game played at Elland Road stadium – home of Leeds United – in Leeds two week’s ago, was the first time anywhere in the world that this LED-driven technology has been in full, live, commercial use in international football.

Through the use of this virtual technology, the advertising seen on the LED perimeter boards in the broadcast coverage was completely different in the targeted territories to the messaging on show to fans in the stadium and across ITV’s domestic coverage and the World Feed.

The successful implementation of the virtual feeds was delivered for The FA by domestic rights holder ITV in partnership with Supponor, who have pioneered the technology, together with stadium technology specialists ADI.

The Virtual LED solution, installed at Elland Road during last season, is the product of a partnership between the two companies to integrate Supponor’s virtual advertising replacement and ADI’s digiBOARD technologies, and is now rolling out further across top tier sports markets.

Through the use of this virtual technology, the advertising seen on the LED perimeter boards in the broadcast coverage was completely different in the targeted territories to the messaging on show to fans at Elland Road and across ITV’s domestic coverage and the World Feed

Commercial rights were managed by Interregional Sports Group (ISG), the UK-based sports media group. ISG secured the rights from The FA to deliver the virtual perimeter advertising for the game and commercialised two concurrent virtual feeds, one being delivered to the Americas and the other to Asia, Australasia and parts of Europe.

The potential for Virtual Replacement Technology is substantial. Perimeter LED displays have become a fundamental platform for activating brand partnerships in sport, so the ability to change that message to make it relevant for different fans around the world is hugely appealing for us and our partners. We were delighted to be able to collaborate with various stakeholders in order to deploy it on this occasion.

Working with Supponor we delivered two virtual feeds. One feed carried advertising specifically focusing on fans in Costa Rica and the Americas region and the other carried adverts of a broader international appeal as a result of teaming up with our sales partner Sportseen.

We are technology agnostic. We look at what is the best solution for a specific rights holder and match the technology to that requirement and found Supponor’s digital billboard replacement (DBR) to be the best technology for this fixture.

We’re extremely pleased to see our Virtual Replacement Technology being deployed on the international stage. The work we’ve done with The FA follows a number of significant developments, including approval of our system for use in Germany’s Bundesliga as of next season.

We look forward to helping The FA to continue to innovate and be at the forefront of driving value for its partners around the world.

The FA have shown real leadership in their keenness to explore virtual advertising. It’s an exciting time for the technology, and the next 12 months will be a game-changing era that will transform the way clubs, brands, leagues and federations interact with their audiences.