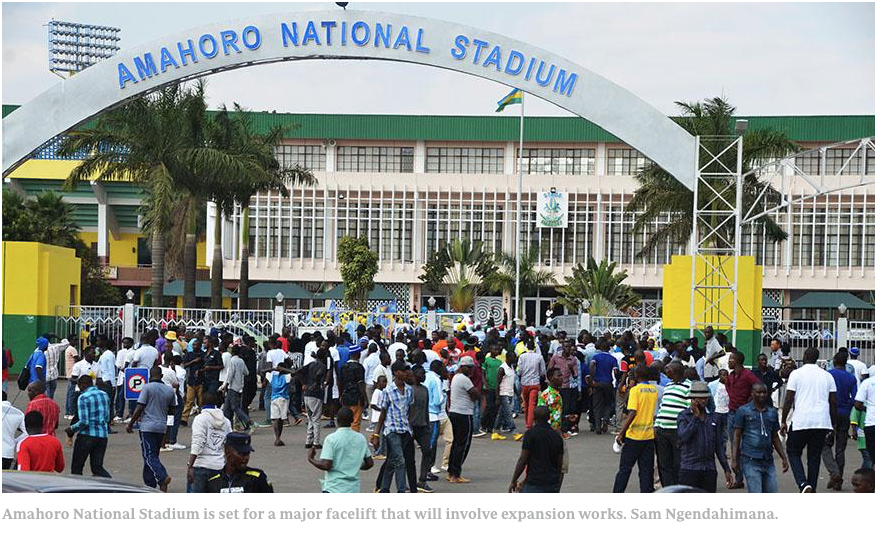 It has been revealed by The New Times that the Amahoro National Stadium is set for a major facelift, involving expansion works and additional roofing to protect spectators from the weather extremes experienced in Rwanda.

The works are estimated to cost RWF2bn (US$2.3m/€1.9m), with the monies having already been allocated for in the 2018/19 budget. Implementation is due to start next month.

We are planning to put up a roof on Amahoro National Stadium and make several interior upgrades to bring it to a better international standard.

Over the years, we have also realised that Petit Stade is becoming smaller and we intend to expand its capacity among other planned renovations.

According to Minister Uwacu, the planned expansion and upgrade works at the Amahora National Stadium will not take more than 12 months to complete. She also noted that the Ministry is in the process of securing contractors for the job.

The 30,000-capacity Amahoro National Stadium is a multi-purpose stadium located in Rwanda’s Gasabo district. It is the country’s largest stadium and hosts football/soccer matches, concerts and public events.

The stadium was initially constructed by the China Civil Engineering Construction Corporation, at a cost of US$21m/€18.2m. Construction began in March 1984 and was completed in January 1989, with upgrades and renovations having been realised over the years.

We are also building three regional smaller stadiums in Ngoma, Bugesera and Nyagatare to promote games and sports. Construction works have started already on those three stadiums.