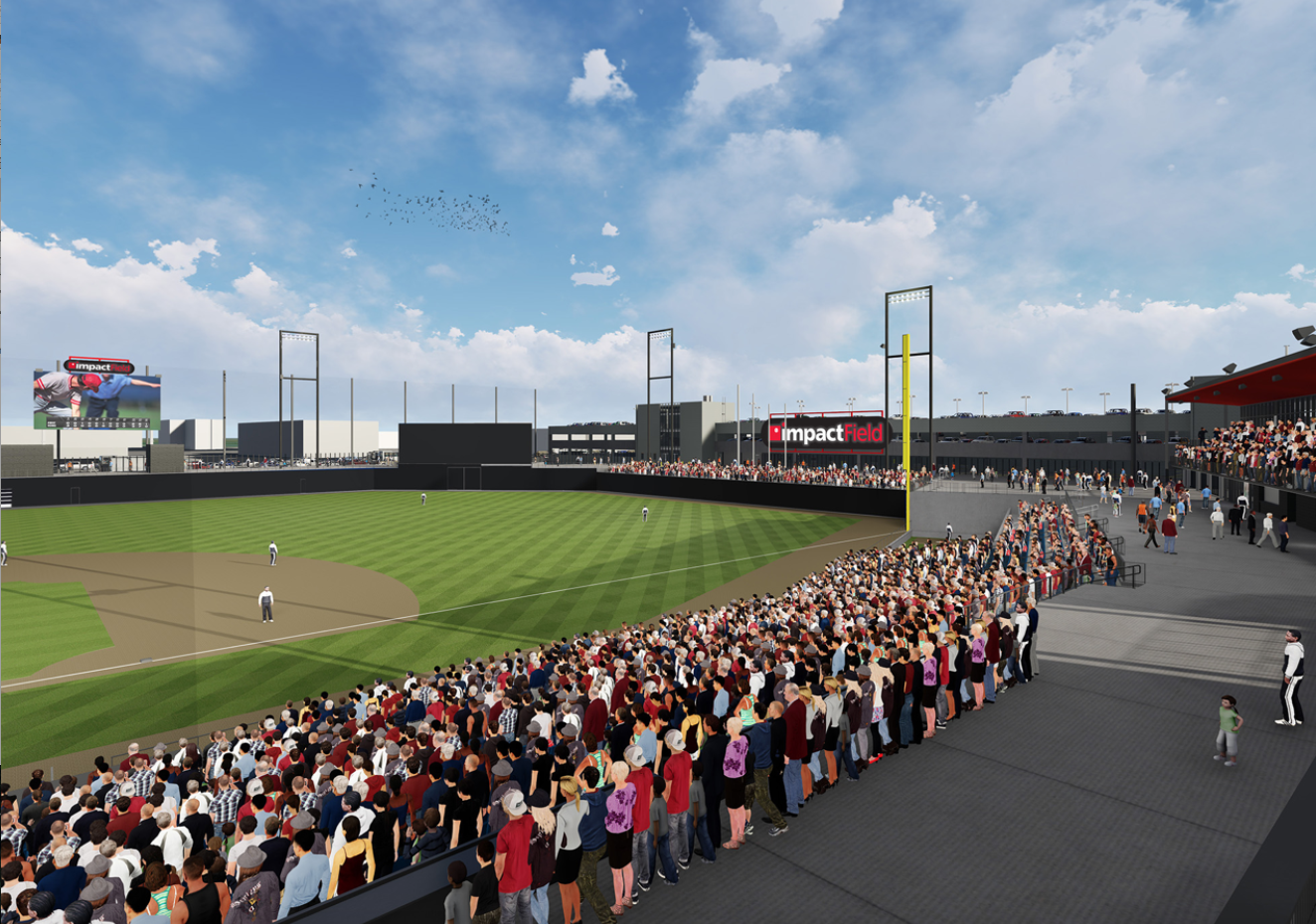 The latest addition to a vibrant entertainment and sports district, Impact Field is the brand new US$60m, 6,300-seat ‘home’ of the Chicago Dogs, which makes the fans the stars of the game.

With a fan-centric design, the new ballpark in Rosemont, Illinois, USA, which opened its doors for the first time yesterday, welcomes parties and groups for a world-class baseball experience from anywhere in the park. A 360-degree concourse allows fans to make their way through the venue with ease.

As for the focal point, the new ballpark features a Kentucky bluegrass field and accompanying irrigation system.

The team combined with concessionaire PSC and Leinenkugel’s to create a beer exclusively available at Impact Field: Dog’s Best Friend. The ballpark also sports six concessions stands in the grandstand, with several others scattered throughout the concourse. Being a PSC operation, there are Burgertopia and Philly cheesesteak stands, as well as dedicated Vienna Beef Hot stands.

For the more adventurous, the second Chicago-area outpost of the irreverent Wiener’s Circle features the brand’s famous marquee and signature menu items, such as char dogs and char burgers. 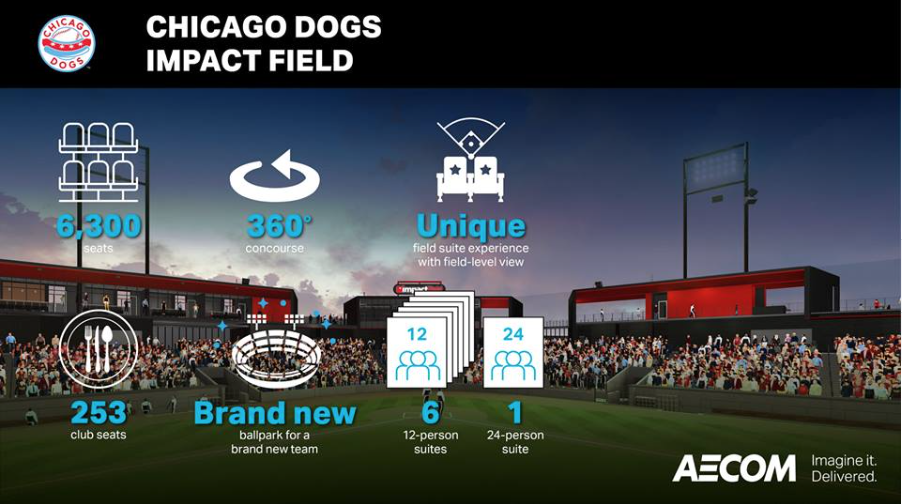 Impact Field owes a lot to CHS Field, home of the St. Paul Saints; with AECOM having worked on both facilities, and both the Dogs and AECOM credit CHS Field as a direct inspiration. But while CHS Field emphasises wood-coloured and darker finishes, the Impact Field design draws more on the Dogs’ bright team colours, particularly the vibrant red in the logo.

In addition to being the new home of the Dogs, Impact Field will be a community hot spot in the off season, hosting family entertainment events and concerts.

The 10.25-acre site serves as a great advertisement for the team, as the 1,400sqft HD Daktronics scoreboard (tied for the largest in the American Association) also serves as a billboard for the Dogs and their ten founding partners: with one side of the scoreboard facing the fans in the ballpark, while the other acts as a billboard to motorists on the nearby freeway.