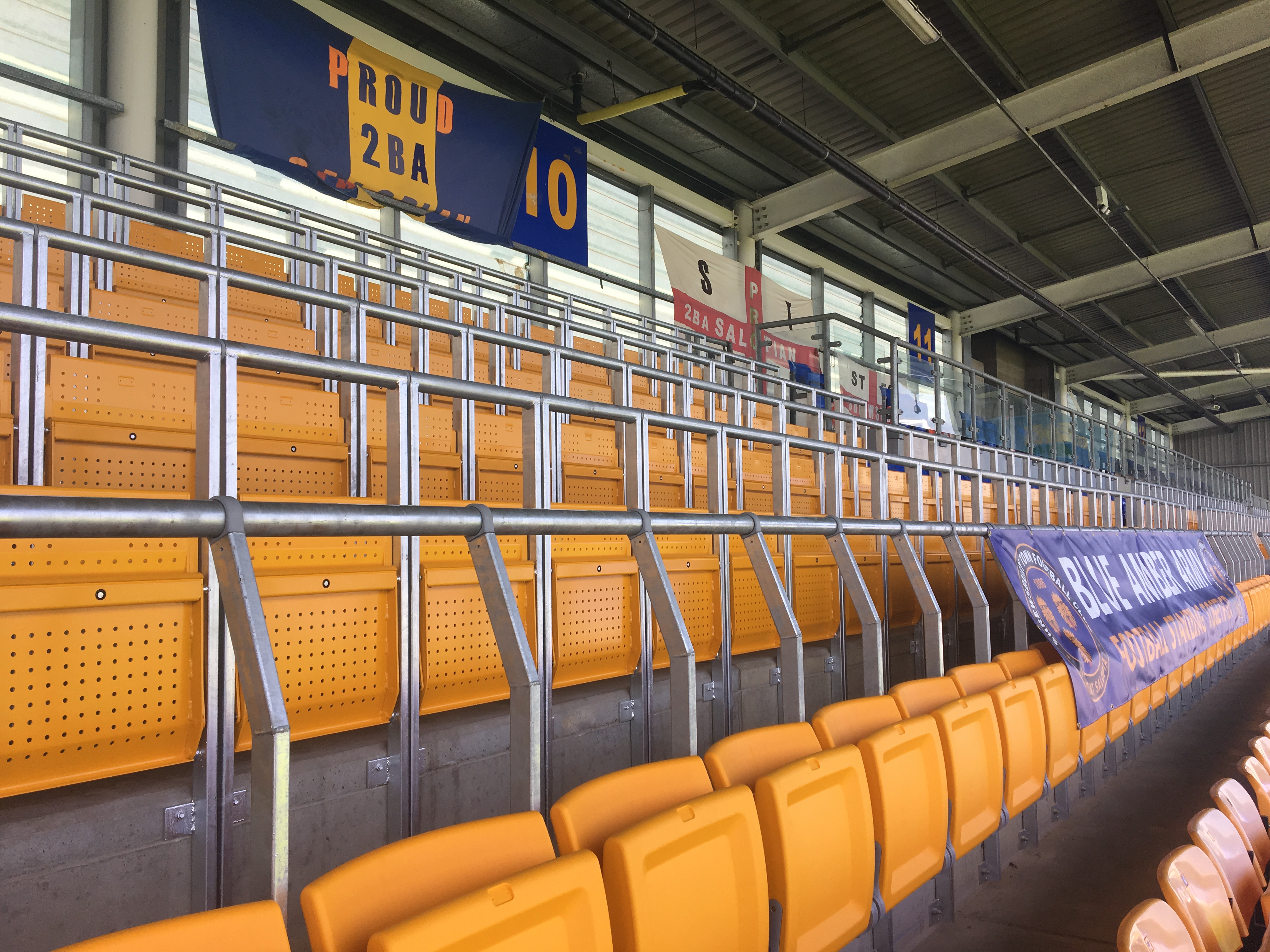 English Football League (EFL) side, Shrewsbury Town Football Club, made history last night (Tuesday 22nd May) as they officially launched the first Safe Standing section in England and Wales to the Press.

Local and national media flocked to the Montgomery Waters Meadow to see the section, which has been installed in the Salop Leisure South Stand.

Last year, GBP£65,000 was raised for the Supporters’ Parliament-led initiative, which has seen 555 rail seats placed into the back five rows of the stand.

The seats were produced by local company Ferco Seating Systems and were installed last week, making Shrewsbury Town the first football club in England or Wales to incorporate safe standing into their stadium. 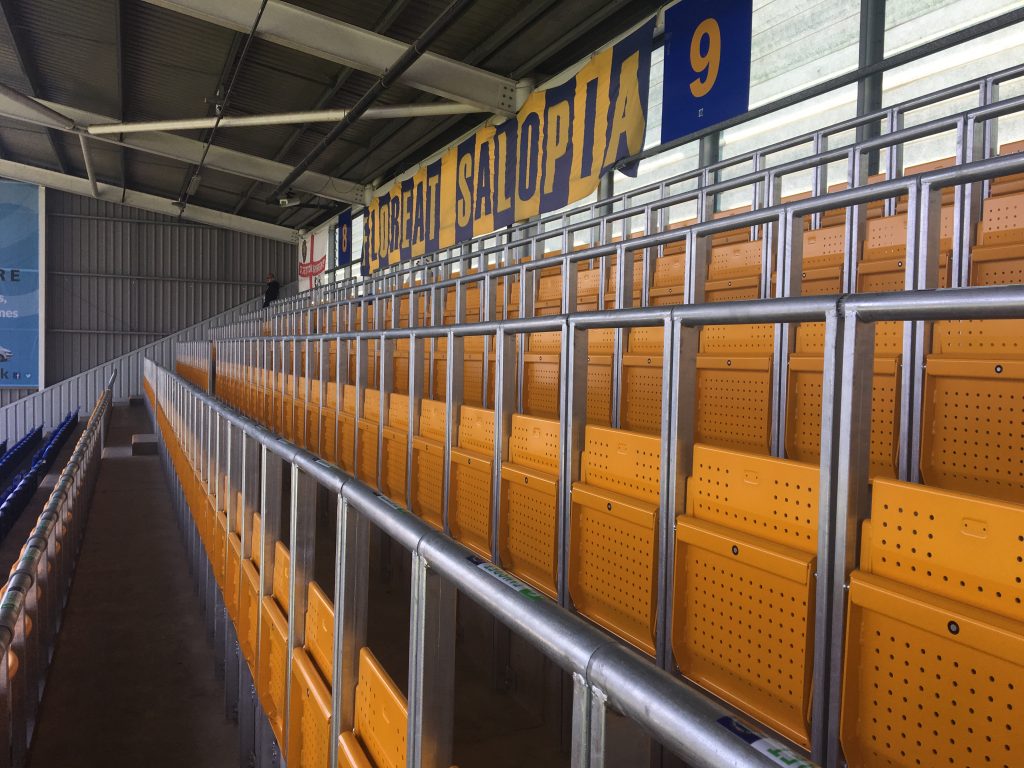 It’s been nearly 18-months in the making, but CEO, Brian Caldwell, is delighted to see it finally installed:

It’s been a long time from the initial conversation I had with Roger Groves and Mike Davis last February, but we are delighted to see it in here now and ready to be used.

I think it looks fantastic. It looks better than I even hoped it would and to be fair to Roger and Mike they chose amber as the colour of the units and I think it really stands out and is a real focal point for the supporters in the future.

It’s really striking. It really looks like two stands within the one stand because of the colour and it’s quite dramatic. It’s a great view up here as well, looking down onto the pitch, so I’m sure it will be really successful.

I really hope that we are the pilot, which I do believe we are. Once we can prove how successful it can be and that it’s giving the fans the choice, I hope it will be rolled out to other clubs and the law will change.

The likes of BBC Midlands Today, ITV Central and numerous national newspapers were in attendance at the launch last night and Brian believes the media attention is positive. 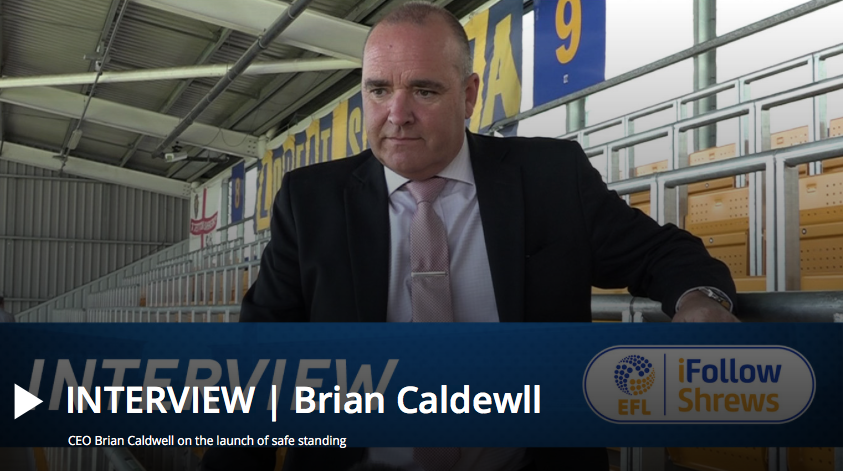 CEO Brian Caldwell talks about this moment in the club, and English footballs, history