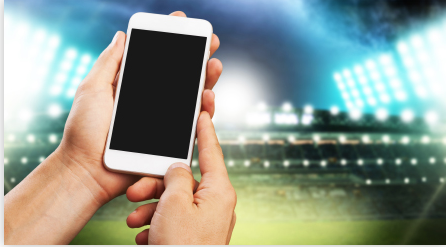 HID Global®, a worldwide leader in trusted identity solutions, today announced that it has been appointed the “official ticket producer” for the 2018 FIFA World Cup Russia™, the largest and most important sports event in the world.

HID Global will deliver more than 3 million secure RFID tickets for the 64 matches of the 2018 FIFA World Cup™, which will be held in 11 host cities of the Russian Federation from 14 June to 15 July 2018.

The 2018 FIFA World Cup™ ticket is a smart ticket containing a Radio Frequency Identification (RFID) inlay and manufactured with special security papers and integrates several security features designed to prevent counterfeiting and forgery. Data that is stored in a ticket’s RFID chip is encrypted and digitally signed.

HID Global is providing FIFA with a formidable defense against ticket fraud and simplifying the process of a fan’s picking a ticket and using it to tap and go into the stadium. We’re confident that this RFID solution, along with the other advanced ticket security features, will give FIFA and attendees an extra level of security and a better overall FIFA World Cup™ experience.

Illicit ticket sales is a major concern for FIFA World Cup™ events, where tickets are always in very high demand. In a recent press release, FIFA reminded prospective tournament attendees that “FIFA regards the illicit sale and distribution of tickets as a serious issue and in cooperation with local authorities, including consumer protection agencies in numerous countries, strives to identify and curb unauthorized ticket sales.”

FIFA cautions soccer fans that tickets obtained from any other source than the official FIFA.com/tickets website will be automatically cancelled once identified, barring the holder access to the stadium or to any refund or other compensation.

RFID differs from traditional barcoded tickets, which can more easily be counterfeited. RFID transmits the unique identity of a ticket and ticket holder via radio waves. Unlike barcode readers, RFID scanners do not need a line of sight with the RFID chips. This means attendees can simply tap their tickets to a reader to validate them and gain access to an event, speeding up admissions dramatically in high-volume events such as World Cup™ matches.

As part of the project, HID Global has also provided pre-personalization, fulfillment, consignment and delivery services for the secure tickets, in addition to the development of middleware and a key management system dedicated to the event cycle, including the libraries for the access control device key management. HID’s ticketing solution represents a new way to provide secure tickets at an event and play “goalkeeper” against fraud.