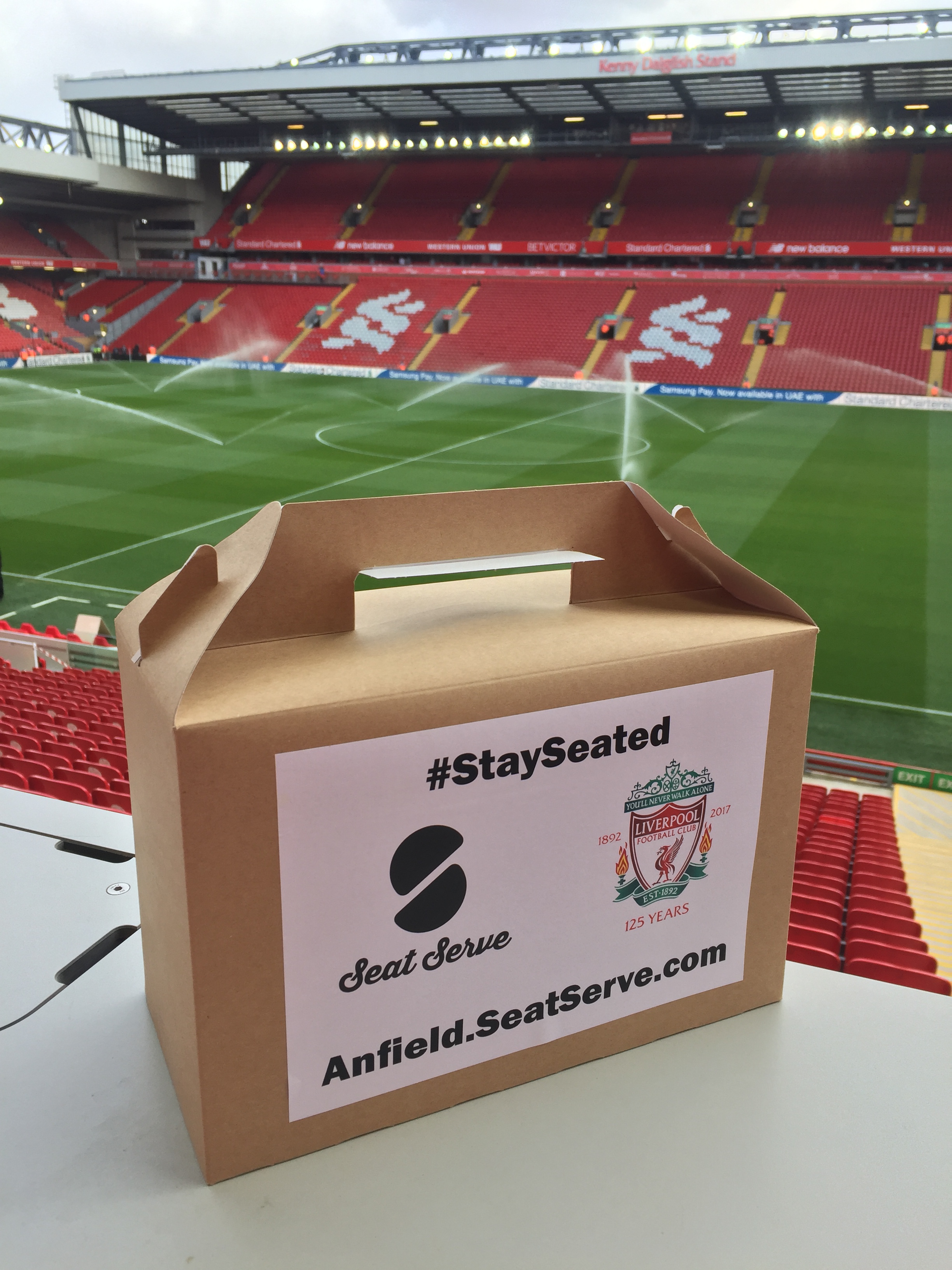 SeatServe has been working with Liverpool FC on the roll-out of its F&B and merchandising platform in the English Premier League, following award-winning trials in rugby union’s Aviva Premiership and Guinness PRO14.

Since February, fans sitting in Anfield’s Main Stand and families in the Upper Anfield Road Stand have been able to trial SeatServe with cashless ‘Click & Collect’ kiosks at kick-off and half-time, or deliveries during natural breaks in play, reducing in-seat ‘traffic’ and markedly improving the fan experience, by solving one of their biggest complaints: queueing.

A US innovation, SeatServe is a venue platform that enables fans to order food, drinks and merchandise on their smartphone and have it efficiently delivered to their seat, by existing concessions.

The 30,000 ticketholders for Saturday’s screening of the UEFA Champions League Final are in for a further treat, as the service expands to include the whole venue, including (due to the unique licensing circumstances) a full selection of beers and wine. SeatServe caters for all these fans, with minimal impact on Anfield’s front-of-house operation, merely supplementing the existing F&B setup with a purpose-built, scalable solution.

SeatServe is quick and easy to integrate or download for Apple and Android devices, representing among the most tangible return on any investments made into connectivity. The app also includes options to pre-order in advance for scheduled times throughout the match, or live ordering from your seat.

The user-generated data proposition from purchasing habits, is more robust than ticketing and can be leveraged for targeted marketing purposes, such as reactive upselling but perhaps most excitingly, as an entirely unique sponsorship activation. 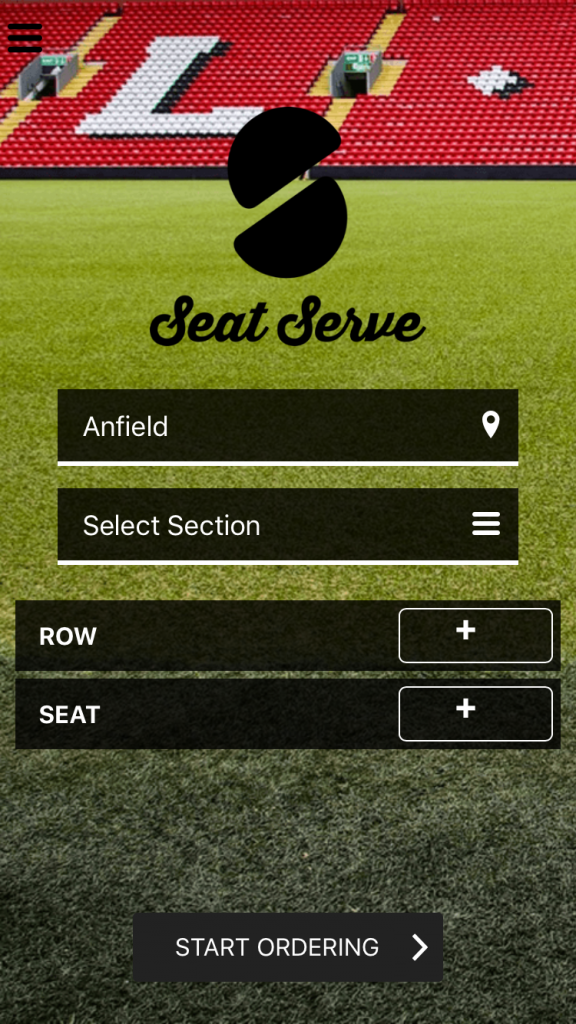 With the strict licensing legislation in football, SeatServe had to adapt their service for us until it was perfect. Restricting deliveries to seats nearest the aisles and automatically disabling alcohol deliveries, has really demonstrated how flexible and robust the platform can be. Efficiency is what we are looking for from our match day operation and with SeatServe, my staff are far busier fulfilling orders throughout the game, rather than just at kick off and half time.

The trial to date has convinced us of SeatServe’s ability to deliver their suite of benefits at scale and we are proud to be the first Premier League football club to offer it to our fans. With technology playing an increasingly important role in our everyday lives, we feel it’s only a matter of time before in-seat delivery is not only accepted, but entirely taken for granted across all live events.

We’re delighted to be working with Liverpool FC’s award-winning operations team, who have helped us hone our discrete offering to their passionate fan base. In-seat delivery is primarily about minimising distractions from the product people pay to see, without having to compromise on their level of F&B spend, further demonstrating Liverpool’s commitment to providing the best possible experience at Anfield.

Even those with no interest in the concept benefit, from fewer people arriving late to their seats or leaving early at the interval. For most though, we know that having hot drinks delivered to their seat throughout some of the cold snaps in this extraordinary season, has been very well received. With our other clients, Leinster Rugby, having recently been crowned European Champions, the scene is set for Saturday in Kiev!