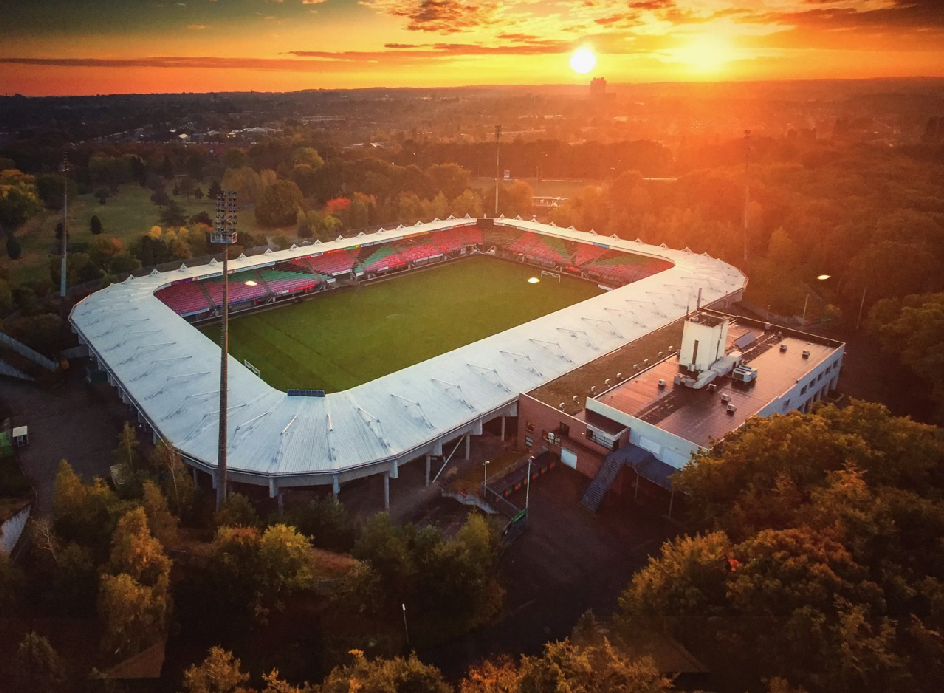 The Stadium Consultancy has been commissioned by N.E.C. Nijmegen to execute the technical and financial feasibility study for the redevelopment project.

The project commenced shortly after the club signed a Letter of Intent with the City of Nijmegen to buy the stadium from the municipality.

The stadium is embedded within the historic Goffert Park and has been previously rebuilt in 1999 on the location of the original Goffertstadion, which dated back from 1939.

The club’s ambition is to turn the outdated facilities into a boutique stadium with an unparalleled fan experience for all fan and user groups and include various (semi-) commercial functions to create more synergy with the recreational use of the park, as well as the adjacent football academy.

During the feasibility study several scenarios will be tested, including a capacity increase, the redevelopment of the main stand, the inclusion of sports medical and commercial facilities, as well as an enhanced fan experience in and around the stadium.