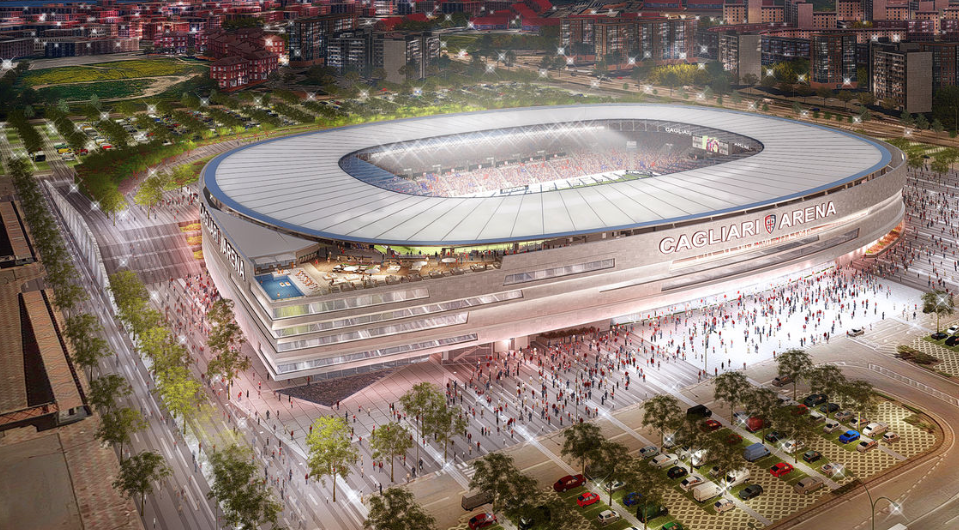 Italian Serie A side, Cagliari Calcio, has identified Sportium as the winning consortium for the design of their new 21,000-seat home, the New Sant’ Elia stadium.

The other two shortlisted competition entries were presented by Tractebel Engie with Gau Arena and J + S with One Works.

From the very early stages of the decision-making process, the club has wanted to involve all stakeholders, including the various civic institutions, fans/user groups and the media. 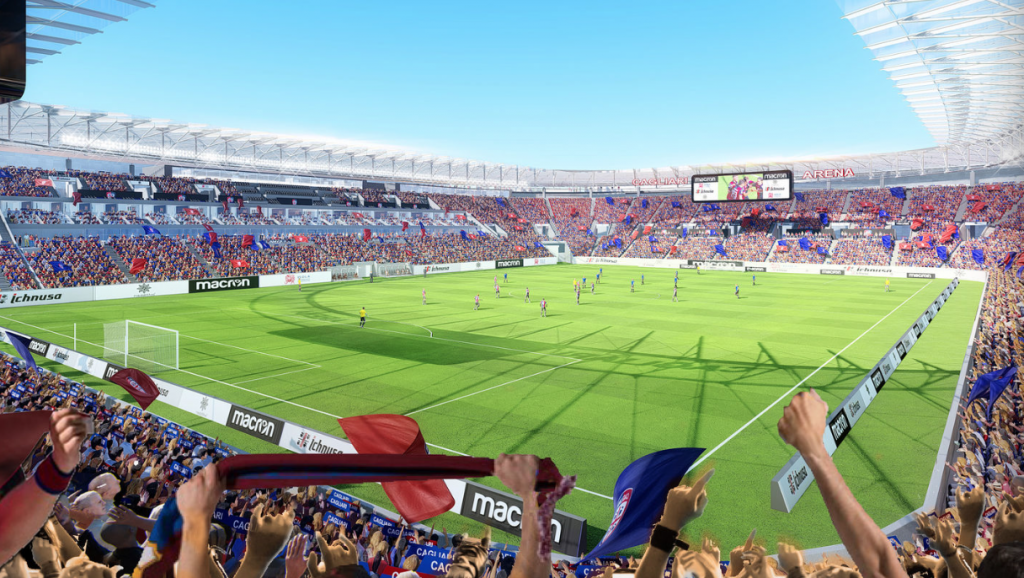 The final three shortlisted projects, selected out of some 25 national and international design proposals, were first showcased at a conference and then exhibited at Sardegna Arena (the Club’s new 16,000-capacity fast-tracked temporary home).

The exhibition, which was open to the public from March 1 to  9, 2018, proved an overwhelming success, with more than 5,000 visitors, many of whom completed a specific online questionnaire. Through a series of quantitative and qualitative questions, it was possible to gather the opinions of the fans on the three shortlisted stadium concepts, with Sportium’s not only winning public approval, but also being the singular stadium concept that passed the in-depth analysis of all applicable technical parameters and environmental impact assessments.

A new concept for the realisation of the final project will be completed by the end of 2018, with the 21,000-seat New Sant’ Elia stadium expected to be completed within two years. 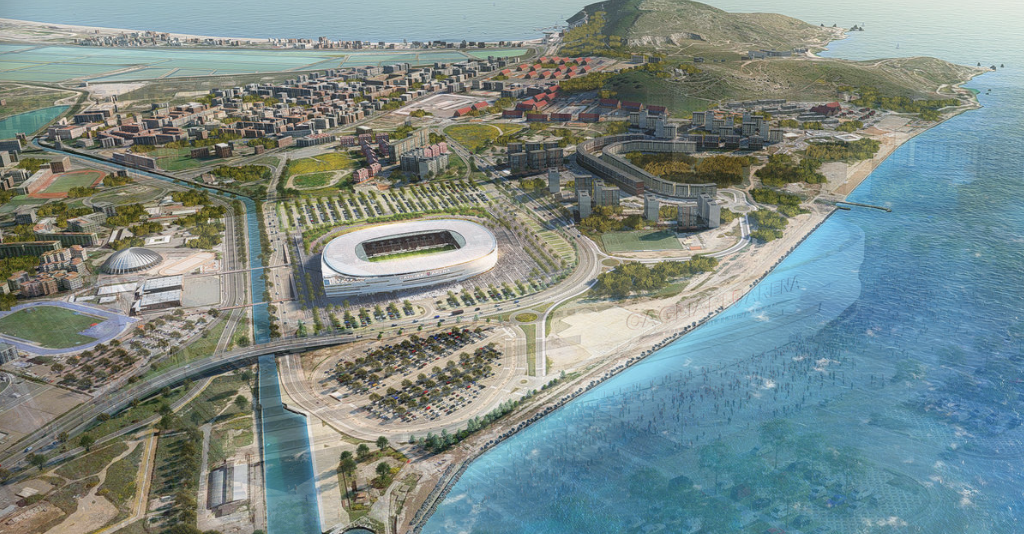 About the three shortlisted candidates

J + S and One Works, a design and consultancy company, collaborated with Portuguese architects Gonçalo Byrne and João Nunes, along with Deerns and Studio Majowiecki.

Sportium, a consortium company, is made up of Progetto CMR, Ideas, B & L and David Manica, an American architect specialising in the design of stadiums and arenas, who is the President/Founder of MANICA Architecture.

Tractebel, an engineering company within the Engie group, partnered with the Polish architectural firm JSK Architekci, which helped to elaborate on the preliminary designs. 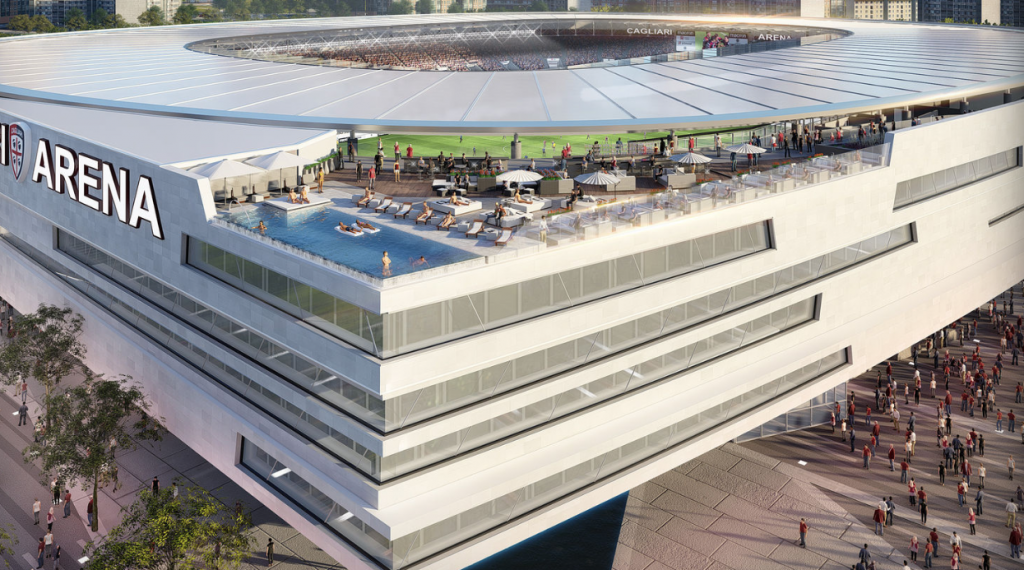