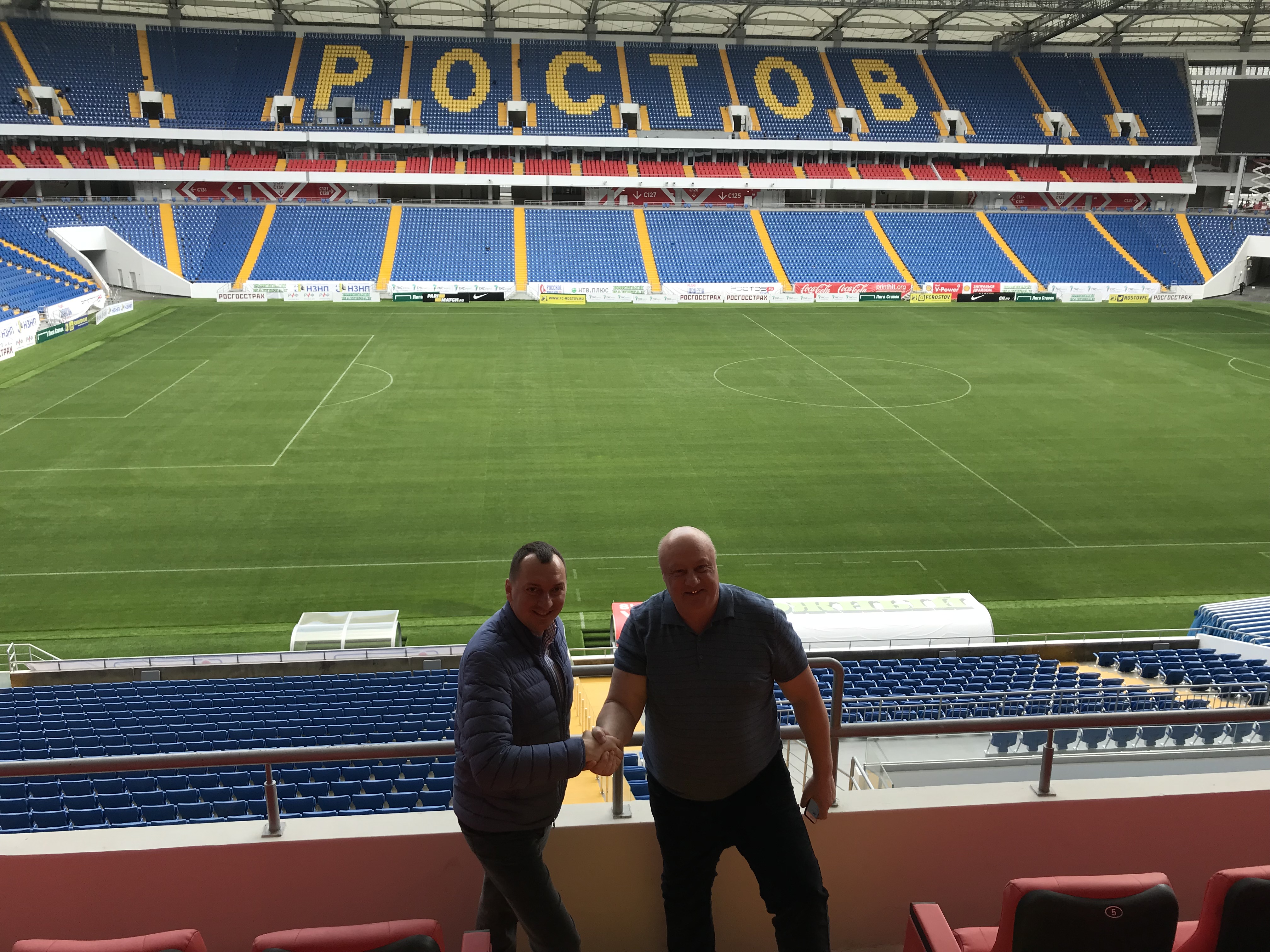 The new US$330m Rostov Stadium – which will host five 2018 FIFA World Cup Russia™ encounters – is officially ready for action, after its high-tech hybrid pitch was given the FIFA seal of approval in a formal handover.

Following complex inspections, the pitch was certified as compliant with FIFA’s quality standards by independent agency the Sports Turf Research Institute (STRI), and SIS Pitches formally transferred the pitch over to stadium management, who will handle all of its maintenance, moving forward.

With less than six weeks to go, a vital part of the 2018 FIFA World Cup Russia™ preparations is ensuring that, like the players, the pitches are truly world-class.

Our crew has been working hard to get the ground into the very best condition. Rostov now has the most technologically-advanced playing surface in the world. Our SISGrass system has delivered a pitch that is durable and will perform well. It’s over to the stadium team now to maintain that standard and quality until the final whistle.

As football fans around the world count down to the start of the tournament, the pitch handover is another step closer to the action, and we can’t wait for the matches to begin.

The Rostov pitch installation was completed in eight days, using a staggering 48,000 kilometres of yarn – which is the equivalent of the distance around the world.

SIS Pitches are highly qualified professionals who provide high-quality services. They successfully carried out the design and construction of our pitch at Rostov Stadium, using the very latest technology, installing an aeration and drainage system and stitching synthetic fibres to strengthen our turf.

Earlier this month, we hosted our first football match, and the independent and official expert of FIFA conducted testing, which proved the high quality of the pitch.

Located in Rostov-on-Don, the stadium is one of twelve venues that will host the 2018 FIFA World Cup Russia™. Six of these have commissioned SIS Pitches expertise and feature SISGrass surfaces, including Luzhniki Stadium, where the highly-anticipated World Cup Final will be played before a crowd of 80,000 and a worldwide TV audience of one billion. It will be the first time a FIFA World Cup Final has ever been played on anything but all-natural grass.