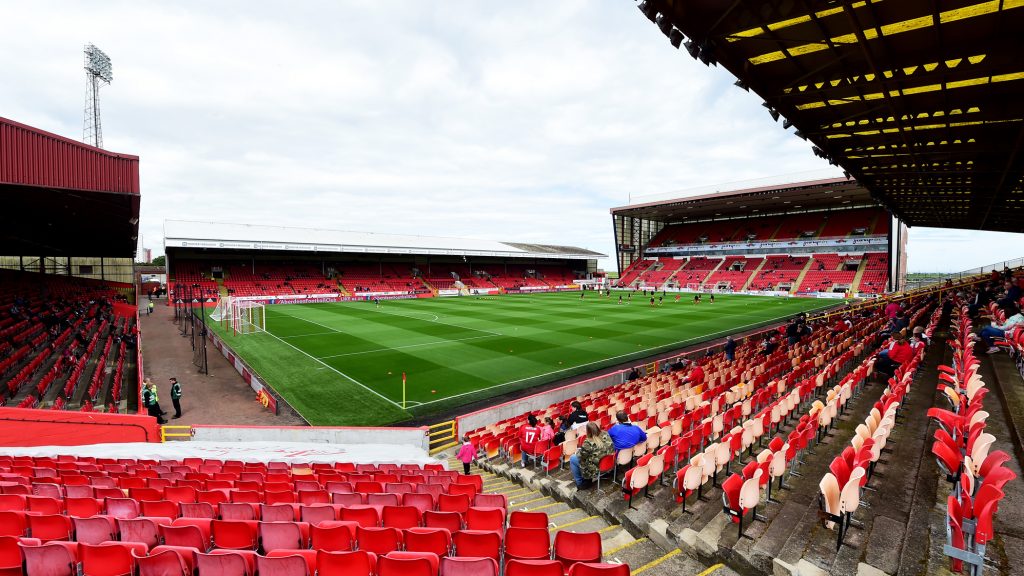 Aberdeen Football Club has announced the launch of a brand new membership initiative, which aims to capture the imagination of not only local, but national and international supporters.

Unlike season tickets or other memberships, all profits from AberDNA will be used exclusively to support the Football Operation at Aberdeen Football Club (AFC). In an effort to level the playing field with the club’s closest rivals.

Over the past few years the club has grown on and off the pitch thanks to improved performances on the field and with an exciting future ahead of us with a new stadium, training and community facilities at Kingsford, it is vital that we engage effectively with our supporters all around the world to maximise our potential and ensure that the team remains competitive at the top end of the table.

Season ticket numbers have increased over the past few years as supporters have continued to back us and now we are looking to provide a further opportunity for them to get involved but also grow the global fan base through AberDNA, enabling fans to feel a closer affinity with the club they love than ever before.

In return for their support of the Football Operation, via a monthly or annual payment plan, supporters can join one of four different membership categories and in return will receive a number of benefits, including a replica shirt, discounts on season tickets and club merchandise and the opportunity to help shape the future of the club through their collective ‘AberDNA Influence’. 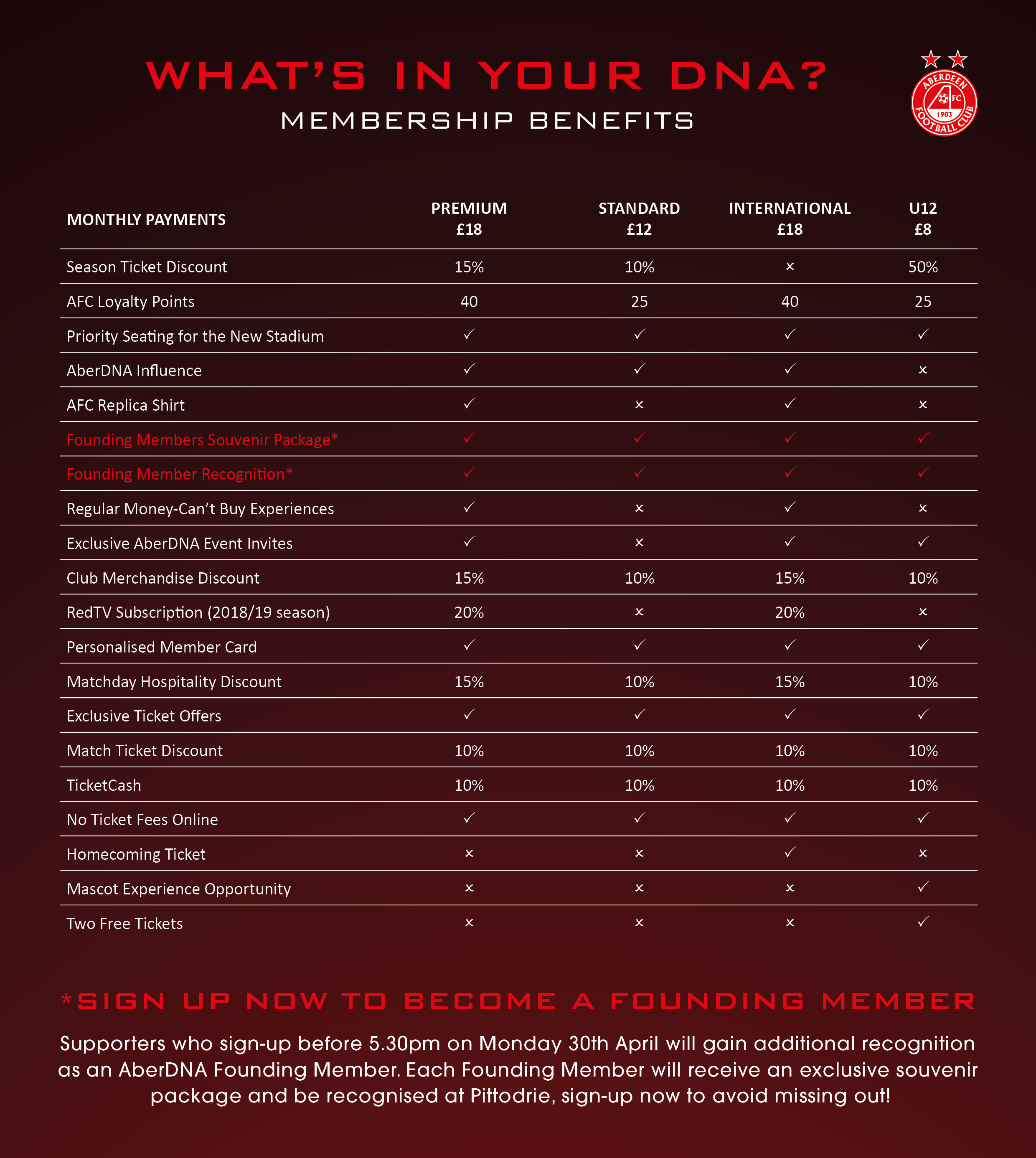 Supporters from all around the world regularly contact the club, desperate for a way to lend their support and get involved. The AberDNA initiative is a response to that, allowing Dons fans the world over to get behind the club. Membership programmes are growing, both in number and relevance with many football clubs both here and abroad.

AFC has invested in a talented and dedicated Supporter Engagement Team (SET) who will be reaching out to fans and actively growing the AberDNA membership base. Located at the club’s home ground, Pittodrie Stadium, the SET will be contacting fans to explain the various membership categories and demonstrate the exciting benefits associated with each option.

Funds raised from AberDNA will be directed to the first team, directly supporting the football management team’s budget, to the youth academy, enhancing the ability to identify, recruit and inspire local young talent and towards helping to create a high-performance environment with a best-in-class Football Medicine and Sports Science and Performance Analysis support structure for all professional and youth academy players.

I think it’s exciting that the supporters now have the opportunity to directly support the first team, the Youth Academy and the high-performance environment at the club.

We are striving to be the best in everything we do and the additional support that this initiative can provide could be invaluable as we look to be the best Aberdeen that we can be. This club is at its best when everyone is pulling in the same direction, players, management, staff and fans. And when we have that, we can be really powerful.