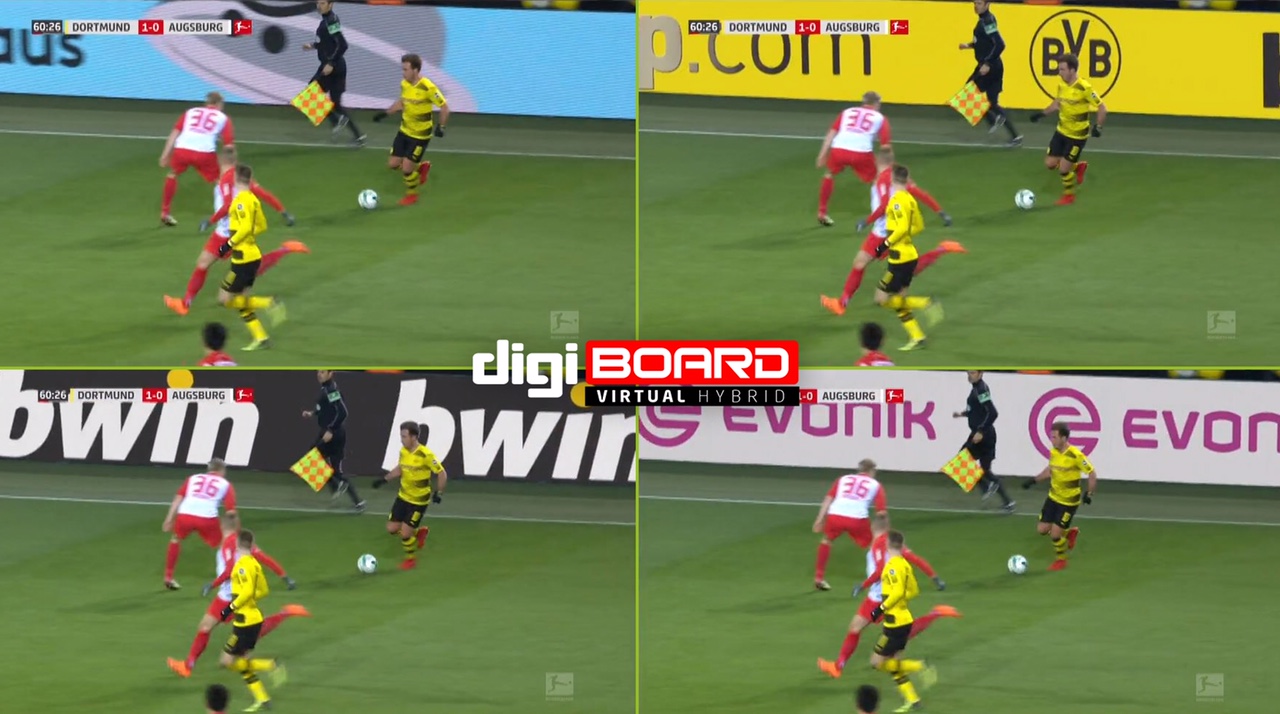 The contract comes on the back of last week’s decision by the DFL (the German Football League) to approve the technology, which marks the first time a league has formally sanctioned the commercial deployment of a Virtual LED replacement system anywhere in the world.

ADI’s LED signage system – which has been developed in a four year partnership with “Virtual” specialists Supponor – went through three rounds of extensive tests at separate Bundesliga matches, culminating in its deployment for the live global broadcast of the Borussia Dortmund vs FC Augsburg game.

We are delighted that we have been able to further develop the use of virtual advertising technology with our strategic partners, Supponor and ADI, in order to meet the very high quality standards of the DFL.

We are convinced that the use of virtual perimeter advertising will provide an enormous boost to the entire Bundesliga’s internationalisation efforts.

As an international marketing agency, the technology enables us to create added value for both rights holders and sponsors. We chose Virtual Hybrid digiBOARD because it is the only virtual replacement LED system we’ve seen that delivers on reliability, functionality, and broadcast quality.

Our long term strategic partnership with ADI continues to deliver innovation after innovation and was absolutely essential to Supponor’s ability to work with the DFL, Sportcast and Lagardère Sports to demonstrate, test and now deploy our virtual advertising augmented reality platform in the Bundesliga.