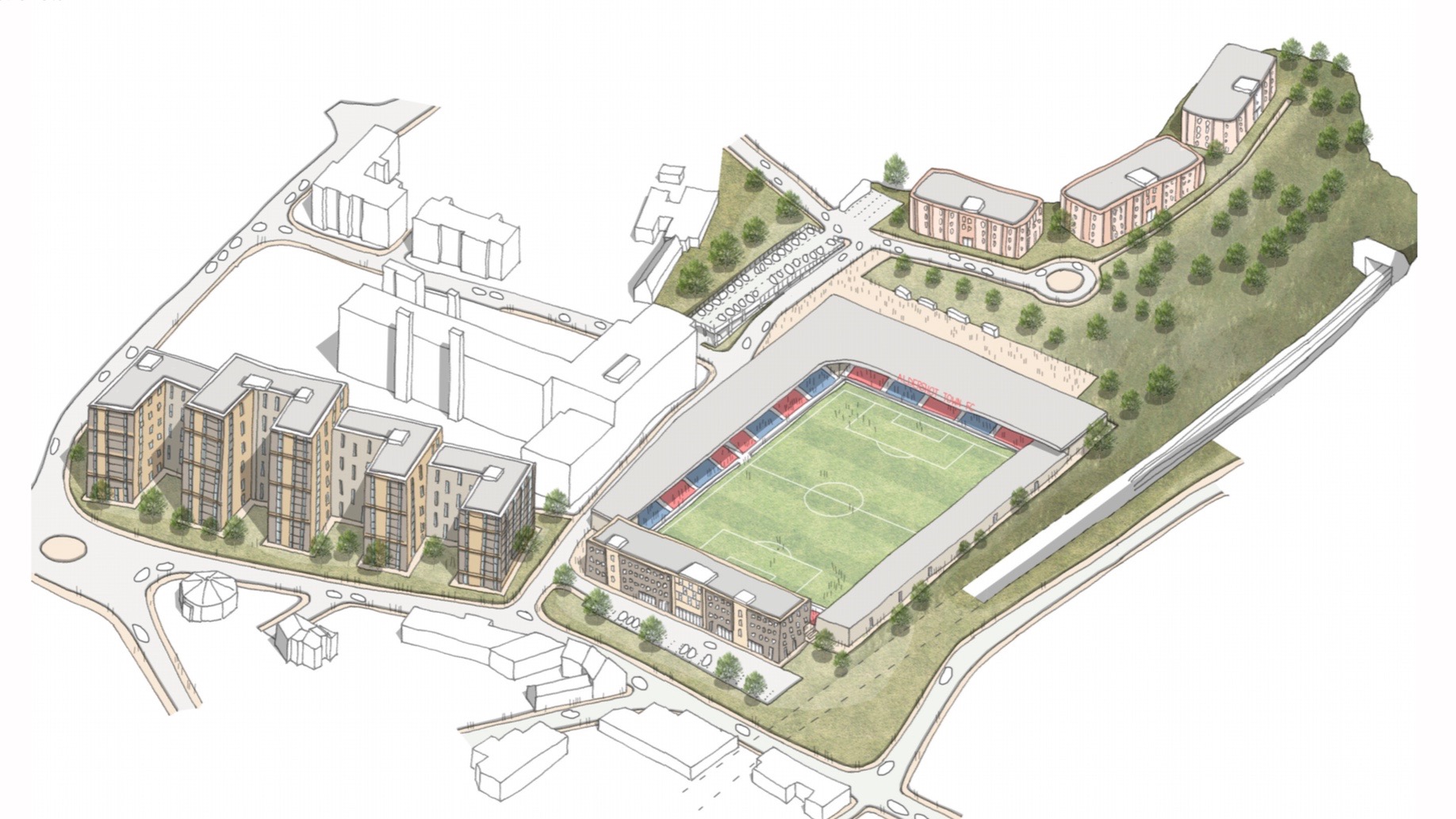 Aldershot Town FC last week presented proposals for the redevelopment of the EBB Stadium to Rushmoor Borough Council, which would see the potential development of a new stadium, containing both seating and standing areas that will give the club a long-term home from which to build their ambitions on the pitch.

Courtesy of EPR Architects, these three images offer a first glimpse of what those plans may look like…

The Vanarama National League side presented Rushmoor Borough Council with its proposals for the redevelopment of the entire EBB Stadium, Aldershot Town’s home since the original formation of the club in 1926, last week.

This would see the potential development of a new stadium, containing both seating and standing areas, that will give the Club a long-term home from which to build its ambitions on the pitch.

This new stadium has the potential to provide a better matchday experience for the club’s loyal fans, as well as for the visiting team’s fans. Features include the development of new standing and seated areas, new bars and conference facilities, which will also add vitality to the environs around the club, as well as a stronger and more stable financial base, by adding revenue outside matchdays.

In addition, there are opportunities for the wider area around the club. Rushmoor Borough Council has begun the process of seeking an Investment Partner to consider development opportunities for a number of sites within its ownership, including the Parsons Barracks car park.