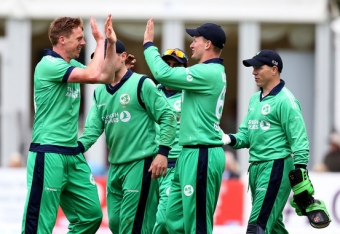 The Board of Cricket Ireland last week endorsed the development of a new permanent cricket stadium at the Sport Ireland National Sports Campus in Dublin.

The move to create a new National Cricket Stadium is part of a wider strategy to ensure a network of international grounds are in place to deliver on the demands of future international and domestic first-class cricket in Ireland.

Cricket in Ireland is entering an exciting new phase, as we begin to understand more and more the implications and obligations of becoming an ICC Full Member. We anticipate that the new Future Tours Programme [FTP] will be finalised by the ICC in April this year. It is likely to involve the senior men alone playing about 60 home matches over the next five seasons. That number doesn’t include women’s or youth international matches, men’s Inter-Provincial and women’s Super 3’s matches, major club finals or any future fixtures/competitions we might develop or host.

What has become abundantly clear to the Board is that this dramatic increase in our home schedule means that we will need to share the load beyond our four existing international-standard grounds around Ireland (Malahide, Clontarf, Stormont and Bready).

Cricket Ireland recently engaged an external expert to evaluate the existing option of redeveloping Malahide Cricket Ground or else pursuing the development of a new National Cricket Stadium at Abbotstown.

While recognising the short-term drawbacks of relocating to a site without the same quality of public transport links as at Malahide, the expert’s report ultimately found in favour of relocating the primary national stadium development in Dublin to the Sport Ireland National Sports Campus. 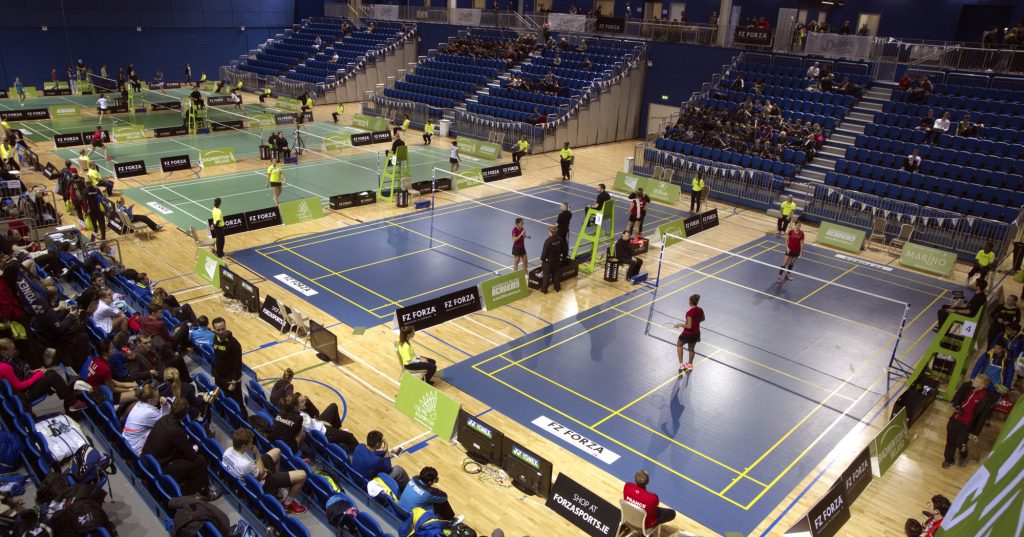 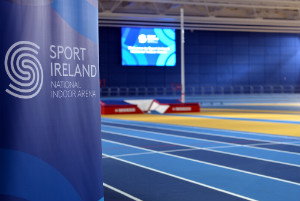 It has been no secret that our initial thinking was based around a re-development and expansion of Malahide Cricket Club. However, the report informed the Board’s deliberations around a number of important issues around venue access and future-proofing. When we selected Malahide as the location for our main stadium in Dublin a decade ago, Irish cricket was in a very different position with a much smaller fixture list. By achieving Test status and joining the FTP, we’ve had to ask ourselves the tough question of whether that decision is still fit-for-purpose.

Fundamentally, if we are to request substantial sums from Government, we need to be sure we can deliver on our programme of cricket matches at permanently-constructed venues which are commensurate with our new status. It was a decision the Board did not take lightly. Every member of the Board acknowledged the emotional ties we have developed with Malahide – particularly after some of the big games of recent years – and the decision should not in any way be seen as a reflection on the club. In fact, Malahide’s members and volunteers have been superb to deal with over many years, but our entry into the FTP will place requirements for availability on the club that will be unrealistic for members who will understandably want access to their main pitch to play their own fixtures.

We have kept Malahide Cricket Club informed of the process, but regardless of any future decision we are keen for Malahide to remain in use as an international ground for many years to come, and we look forward to continuing our close coordination with the Club and its members. Today’s announcement is simply a statement of intent by the Board – to keep discussions transparent and open with our fans, players and stakeholders within the game.

Mr Deutrom noted that the next steps in this process involved engaging the Government and Sport Ireland, as well as working with the Match Allocation Group on the allocation of major fixtures up to 2022 across various venues in the period following confirmation of the FTP.

The Board confirmed that it was giving in principle support to these steps, however any future decisions would be contingent upon resolving financial, legal and technical issues.

At the meeting, the Board also approved its largest ever operational budget of €9m and released its 2017 performance scorecard.

What has also become clear in compiling our very first ‘full member’ budget has been the onerous cost of being a Test nation, most obviously demonstrated in physically putting on a Test match. This is certainly no surprise, but ensuring we balance the cost of putting on Test matches against investment in the white-ball formats and other strategic areas will be an area for Board focus in the near future. This fact, combined with the significantly weaker US dollar (in which we receive much of our income), has had a real impact on our 2018 revenues, and therefore our options for investment.

That said, the budget does include a significant increase in financial resources dedicated to the women’s game and, recognising that progressing opportunity for women and girls within our sport remains a priority, we hope to see a number of initiatives around improving women’s cricket over the coming months. The Board recognised a number of on-field performances by national players, most notably the achievements of Kim Garth and Isobel Joyce who both featured prominently in the recent Women’s Big Bash League in Australia, including Kim playing an important part in the eventual competition winning team.

An allocation from the budget was additionally provided for the men’s Inter-Provincial competition, and to support junior cricket and participation.

On the commercial front, the Board noted the increasing importance of diversifying revenue generation to maintain CI’s healthy levels of non-ICC income. It noted recent successes in developing commercial partnerships and acknowledged the need to strengthen this area to realise the commercial potential of an increasingly attractive home programme.

On the subject of organisational performance, Deutrom continued:

The Board continues in its strong commitment to openness and transparency and has, for the second year, made available an operational scorecard on our website that outlines our organisational priorities and tracks progress against targets. We believe this offers greater accountability and understanding of the operations and commitments.

The Board noted an update on ticket and hospitality sales at the First Test (versus Pakistan) and the T20Is (versus India). More than 12,000 tickets (across the Test and two T20Is) have been sold, and approximately 50% of hospitality packages sold (with Day One of the Test fully sold-out).

The Board also acknowledged the decision of all provincial unions to declare a ‘closed weekend’ on 12-13 May 2018 to allow players, officials and administrators the opportunity to attend the historic test match.

The schedule will be:

These new clashes will bring top-class cricket to Ulster, between world cricket’s two most recently announced Full Members. We have developed quite a competitive rivalry with the Afghans of late, and these should be great spectacles for the fans. 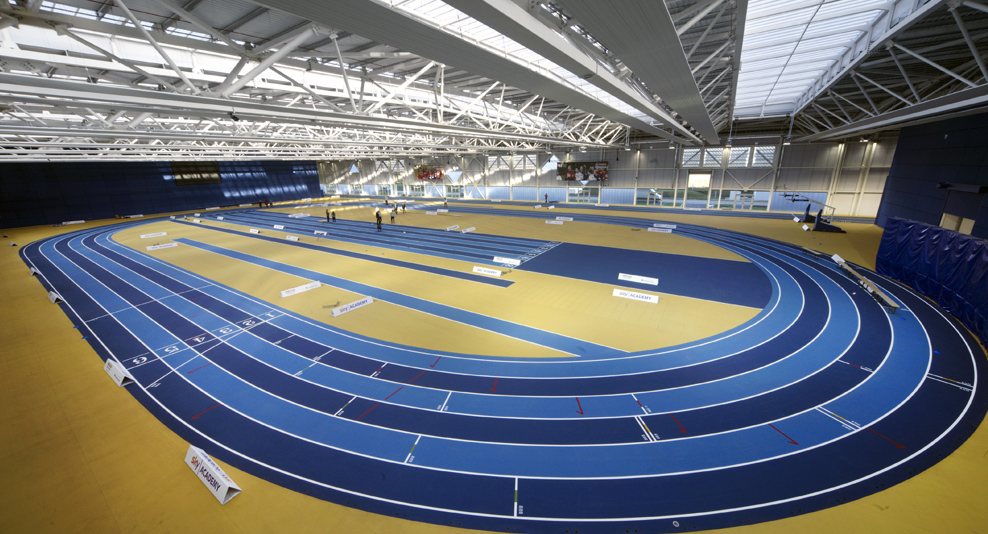 About the Sport Ireland National Campus

There is now also the National Indoor Arena – designed by well-known sports designers, KSS – which opened in 2017, with Phase 2 – delivery of the Indoor Field Sports Training Centre – currently in development, as Nick Marshall spoke about in his recent video interview with SVB. (Simply click on the video below to watch the interview.) 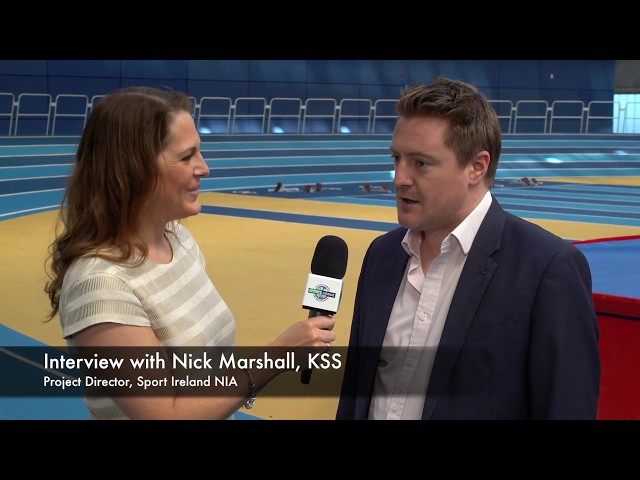