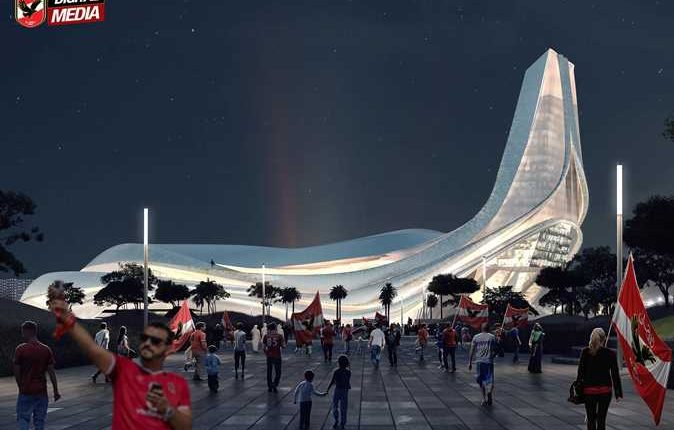 President of Egyptian Premier League side, Al Ahly SC, Mahmoud Al-Khatib, and Rakan Al Harth, Chairperson of Sela, the Club’s official media sponsor, revealed at a press conference the ‘Project of the Century’, which will include building a new world-class stadium for the hugely successful club.

According to Daily News Egypt, Al Harth said the project will be financed by a group of Saudi, Emirati and Egyptian business, and advised that they are still negotiating over the location of the new stadium.

For his part, Al-Khatib stressed that the club’s board aims to make the new stadium among the Top 10 in the world, “if not the best”. He also pointed out that the project will include a number of integrated sports facilities.

2. Components of the project: The project will include a playground, academy, shooting field, recreational and cultural areas. The stadium will sport many LCD screens, offering a clear view of the field for all fans. The stadium will also include theatres and cinemas, as well as a VIP hall and different stores for the club’s partners and sponsors.

3. 160 hotel rooms: The new stadium will include 160 hotel rooms, making it the largest stadium in the world in terms of the number of hotel rooms and suitable for the team’s camps.

4. Museum and Al Ahly Store: The stadium will include a museum of Al Ahly’s historical achievements, in addition to the club’s official store.

5. Immortalising Al Ahly’s stars: Al Harth said that each room in the hotel will be named after one of Al Ahly’s stars, in an attempt to honour the names of the Red Castle.

7. When will the project begin? The establishment of the new project will start immediately in preparation for obtaining the necessary licenses.

8. Cost of the stadium: A source at the Club said that the expected cost of the new stadium will not be less than EGP 8bn based on the initial feasibility study made by a number of Egyptian, Saudi and UAE investors.

Al Ahly SC is one of Egypt’s and indeed the world’s most succesful clubs, having won a plethora of cups and titles, including winning the bronze medal at the FIFA Club World Cup 2006, and is the second most decorated club in terms of international honours, with no less than 20 titles to its name, after only Real Madrid.