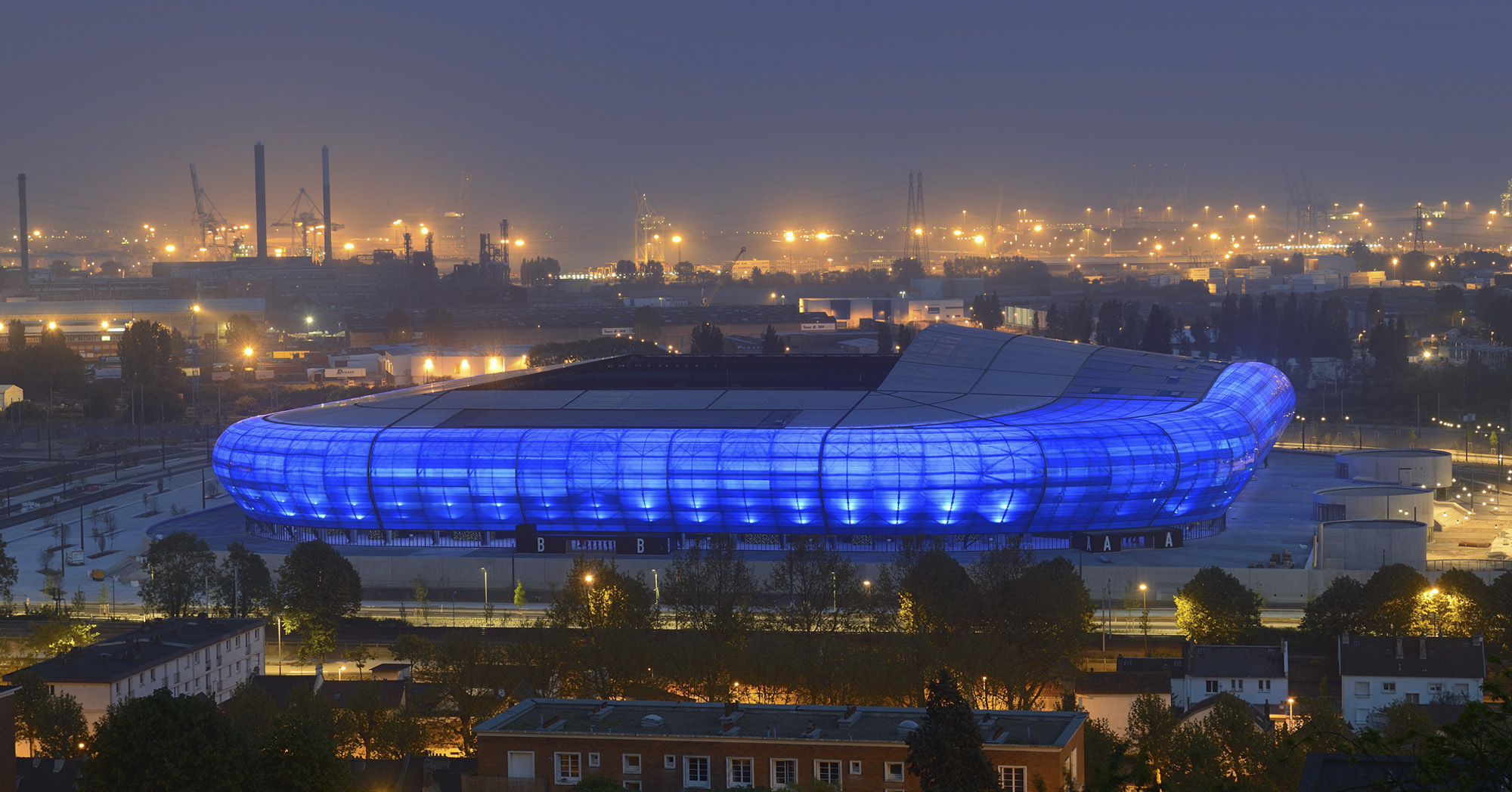 On Tuesday, a FIFA delegation visited Stade Océane to inspect the facilities with Tournament Director, Bertrand Paquette, who said afterwards:

Le Havre is a territory that works a lot for the development of women’s football. This stadium is simply beautiful, and the perfect venue to host matches.

KSS look forward to being there to experience the FIFA Women’s World Cup 2019.

KSS and SCAU designed the 25,000-capacity stadium for Le Havre AC, which was won via a design competition, and boasts the title as Europe’s first “energy positive” stadium.

The brief from the Club was to design a landmark building that would sit proudly at the entrance to the Port City of Le Havre, and a venue that would deliver the “English stadia experience”.

The design concept reflects the history of the Club (including its English ancestry) and the pixelated ETFE shell cladding imitates the two core elements of sea and sky, and acts as a shining beacon for the city day and night.

The client for the €90m project was Vinci Construction, France, and CODAH.

For further information on KSS, check out their Directory listing by simply clicking here.