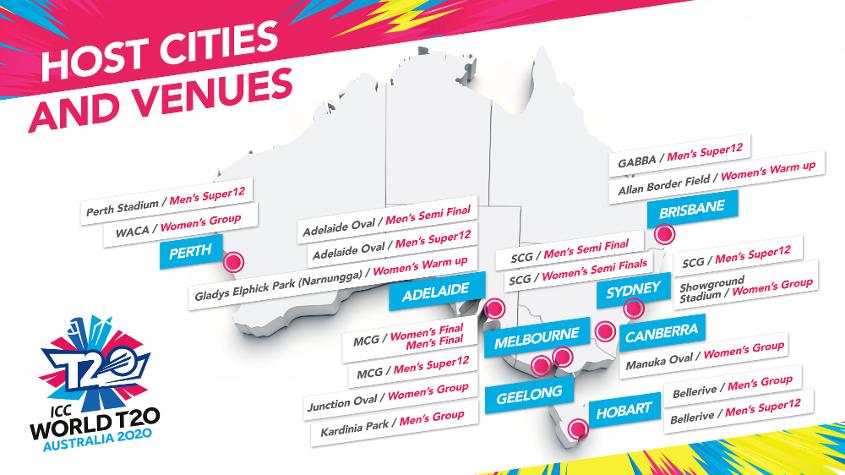 The eight host venues and host cities for the ICC World T20 2020, which will be hosted by Australia, have been announced, with Adelaide, Brisbane, Canberra, Geelong, Hobart, Melbourne, Perth and Sydney securing hosting duties.

For the first time in the tournament’s history, the women’s and men’s competitions will be held as stand alone events in the same host country and in the same year. This will give the best female and male cricketers respective opportunities to capture the attention of the country and the world. Women’s matches will run from 21 February to 8 March 2020 and the men’s matches will run from 18 October to 15 November 2020.

The world’s 10 best women’s teams and 16 best men’s team’s will come to Australia to battle it out for the ultimate prize in T20 cricket.

The ICC World T20 will see 13 venues throughout Australia host matches, with both competitions having broad national footprints, meaning as many Australians as possible will have the chance to see the most talented players in the world.

The women’s final will take place on International Women’s Day 2020, Sunday 8 March, with the aim of creating a world-record attendance for a women’s sporting match. 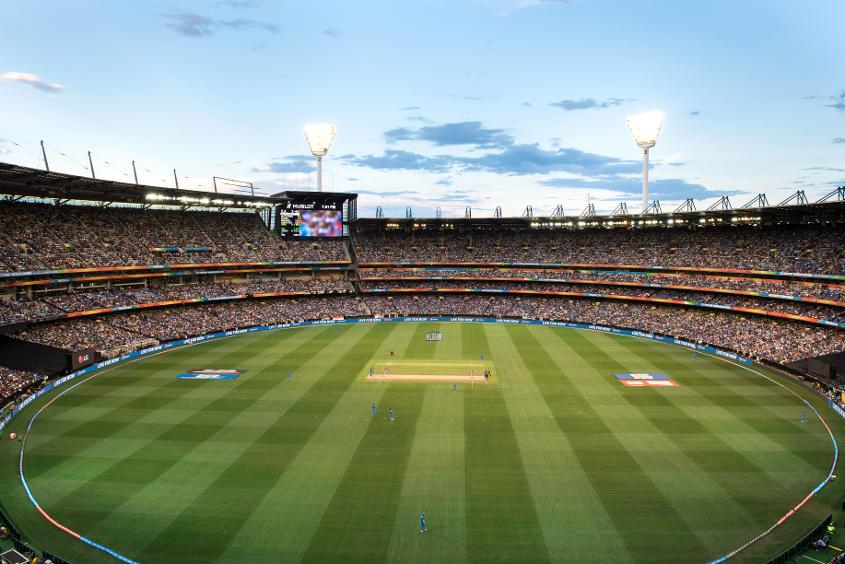 Both the women’s and men’s finals will receive equal billing, with both matches taking place at Australia’s biggest stadium, the MCG

Australia is extremely privileged to be hosting the ICC World T20 tournaments in 2020. On behalf of Cricket Australia and the Local Organising Committee, I would like to sincerely thank Government at both Federal and State and Territory level, host cities, venues and State and Territory Cricket Associations for their exceptional support, which is so critical for delivering the best possible events in 2020.

ICC World T20 2020 provides a unique opportunity to engage the whole community and inspire the next generation to love cricket.

I’d like to thank Cricket Australia and their partners in Government at all levels for their commitment to the ICC World T20 in 2020. The ambition they have shown firstly in delivering stand-alone men’s and women’s events and then in the venue selection that will, I hope set a record for the biggest ever attendance at a women’s sporting event, is exciting for the sport.

Australia has a proven track record of delivering world-class events in world-class stadiums and we know we can rely on the fans to provide great support for all of the competing teams.

Australia is a sporting nation, with diverse and passionate fans who love cricket. We’ve designed ICC World T20, comprising standalone women’s and men’s events, to be more inclusive, more accessible and more connected than ever before, so that everyone can join in.

Major events of this scale are all about partnerships. We look forward to working with host cities, their communities, and all partners to deliver a spectacular celebration in 2020, including welcoming thousands of international visitors to attend matches and be part of it.

The ICC World T20 2020 takes place against the backdrop of a hugely successful ICC Cricket World Cup 2015, which featured record crowds, broadcast audiences and visitors and the ongoing success of the Women’s and Men’s Big Bash.