ESSMA delivers most successful Summit yet 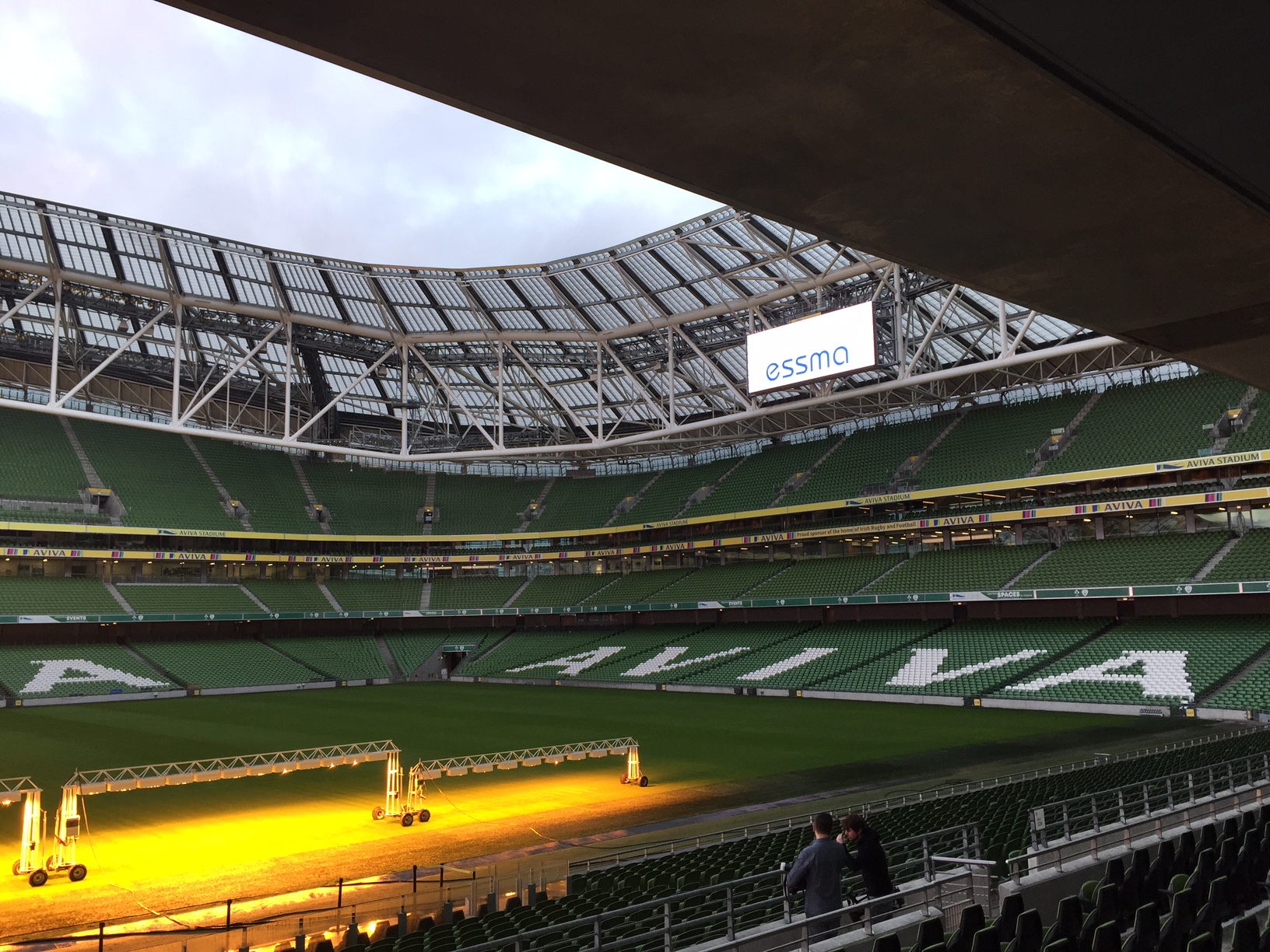 Dublin’s iconic Aviva Stadium, home of the FAI and the IRFU, was the stunning backdrop for the ESSMA Summit 2018, which drew a record crowd of some 375+ stadium business professionals from across the globe.

Organised by ESSMA(European Stadium & Safety Management Association) in partnership with the ECA (European Club Association) and the EPFL (European Professional Football Leagues), the ESSMA Summit has become the must-attend event for those involved in the stadium industry.

The ever-growing popularity of the event was highlighted by the record-breaking attendance, with some 375 participants representing clubs, teams, stadiums, leagues, federations, and those members supplying products and services to the sector from across Europe and beyond.

The 2018 event marked the fourth in the Summit’s illustrious history, with the previous issues having been held at Olympique Lyonnais’ Groupama Stadium (previously Parc OL), Munich’s infamous Allianz Arena and the stunning San Mamés Stadium.

Those attending the 2018 Summit were also the first to benefit from the newly launched ESSMA app – developed in cooperation with myStadiumsApp – which put all practical event information at their fingertips, from the event programme to all ESSMA-related news.

Day 1 was aptly kicked off with a tour of the 51,700-seat Aviva Stadium, with presentations by Campey-Imants, Genetec and VOGO Sports, followed by an informal lunch, giving members the first of many vital networking opportunities, for which the event has become synonymous.

Next, Declan O’Brien, Operations Manager at the IRFU and John Beattie, Stadium & Facilities Director at Arsenal FC, welcomed attendees to the 2018 Summit, alongside moderator, Robbie Irwin, who wished everyone a typically Irish “Cead Mile Failte” or “A Thousand Welcomes”. 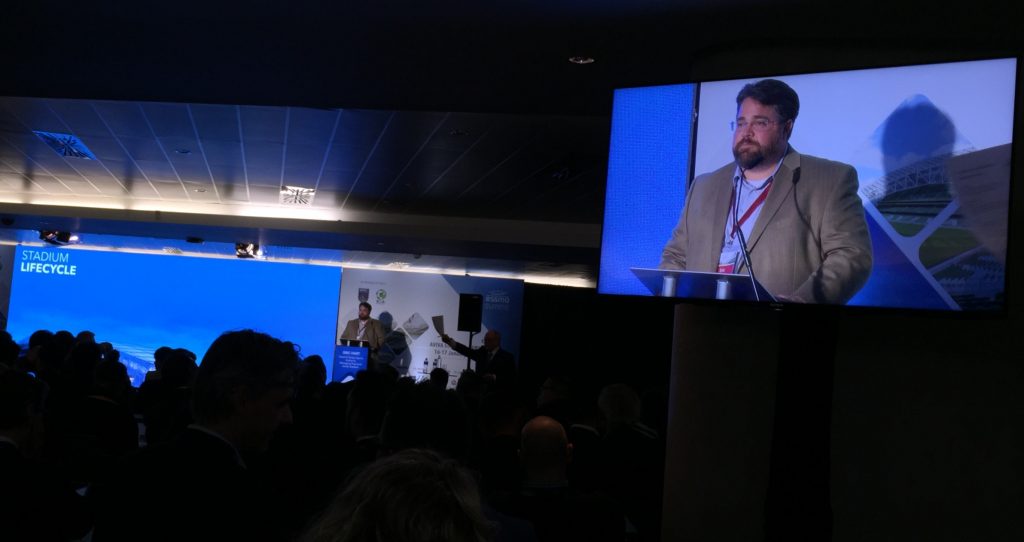 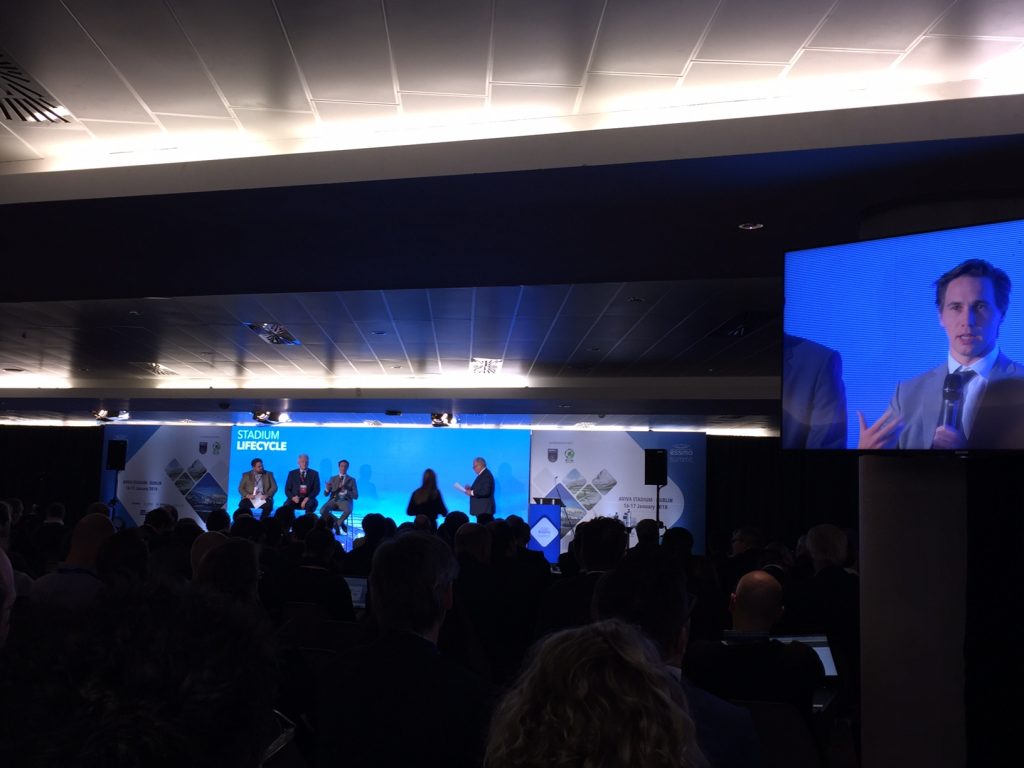 The next topic covered was Matchday Operations, introduced by ECA’s Head of Communications and Marketing, Marc Schmidgall, with comprehensive keynotes by Roger Brosel, Head of Content and Programming at LaLiga, and Francesco Gianello, Head of Stadium, Juventus FC.

The last industry niche to be discussed was the Fan Journey, introduced by Alberto Colombo, Deputy General Secretary, EPFL, who spoke about the recently launched second edition of their unique European Leagues Fan Attendances Report, followed by insightful keynotes from Eric Cosset, Director of Product and Development, Disneyland Paris, Benjamin Steen, Head of Digital Projects and CRM, FC Bayern Munich, and Rory Sheridan, Head of Sponsorship Europe, Diageo (Guinness)…after which, attendees were able to sample pints of the “black-stuff” during a fantastic evening of entertainment that started in the Aviva Stadium and ended, aptly, in Dublin’s famous Temple Bar.

*You can watch a video showing the highlights from Day 1 online at:

Those in the Operations & Ticketing track heard comprehensive insights from Tine De Groote, Marketing Manager, KV Oostende, and Pierre Venayre, General Director, Stade Rochelais, who both highlighted the need for continued knowledge-sharing and networking through events such as the ESSMA Summit in their post-presentation interviews. And NEP explained their broadcasting services.

For those in the Pitch Management track, Majella Smyth, Head Groundsman at Aviva Stadium – who later led attendees on a behind-the-scenes technical tour of the host venue’s pitch and associated areas – welcomed everyone. The session was subsequently delivered by Ole Myhrvold, Facility Manager, Norwegian Football Federation, Yves de Cocker, GrassMaster Solutions and Yasser Al Mulla, Senior Manager, Supreme Committee for Delivery & Legacy (SC), whose job it is to deliver the ‘perfect pitch’ for the 2022 FIFA World Cup Qatar™. 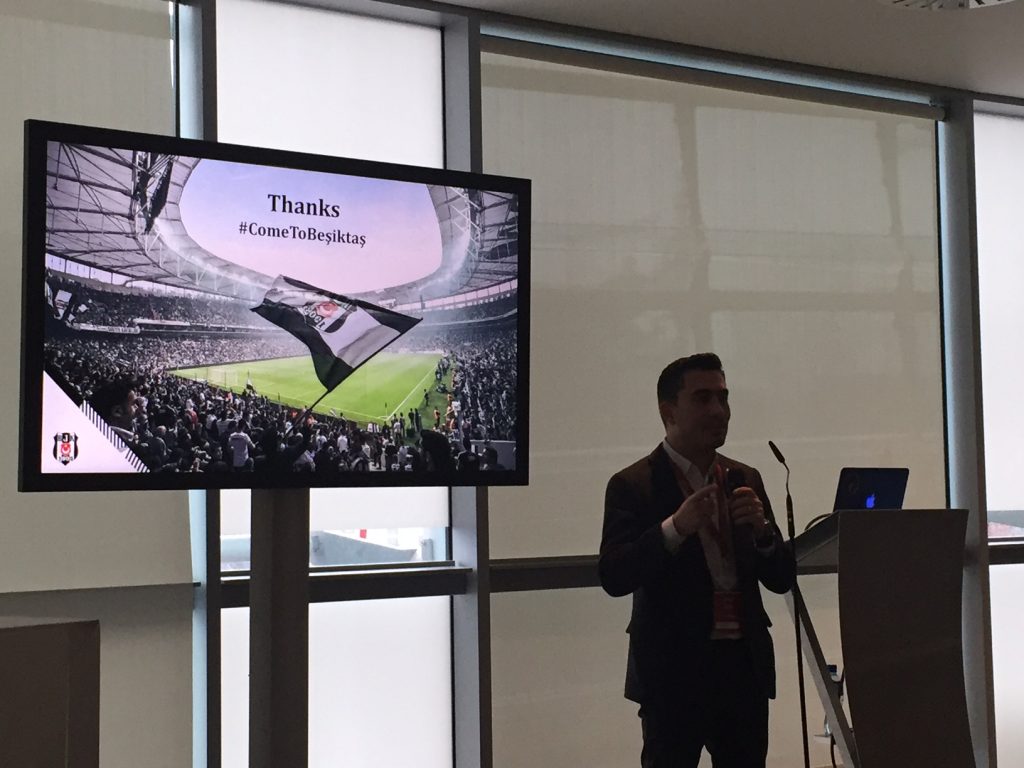 Umut Kutlu, Chief Marketing Officer, Besiktas JK, outlined the challenges when building a new stadium and how they got fans to buy-in to the new Vodafone Arena

The 2018 edition of the ESSMA Summit, with its record attendance, certainly highlighted why it remains the must-attend event for the stadium industry and sets the bar high for the 2019 issue, which will take place at FC Porto’s Estádio do Dragão.

* You can watch a video showing the highlights of Day 2 online at:

NB: All presentations from the 2018 ESSMA Summit, as well as interviews with speakers and attendees, will be made available to members through the ESSMA Knowledge Platform.

Sports Venue Business (SVB) was delighted to not only be an Official Media Partner for the 2018 ESSMA Summit but was also responsible for delivering formal and roving-reporter-style interviews to camera, and producing the Day 1* and Day 2 Recap* videos.

SVB are in a unique position to be able to shoot footage in 4K, broadcast-quality, edit and deliver it to your audience virtually in real-time, as events unfold, thereby maintaining and building on the momentum of your event! If you’d like to hear how you can benefit from this unique service, contact us today!