The Detroit Lions are the fifth oldest franchise in America’s National Football League, and the team has been an institution in the “Motor City” since 1934. In 2002, the team built the 65,000-capacity Ford Field after previously playing at the Silverdome in nearby Pontiac, Michigan, from 1978-2001.

The fully enclosed home of the Lions covers approximately 1.85 million square feet with four levels of suites, a level of club seating, and a ground level designated for concessions and retail. Ford Field claims the best sight lines of any football stadium in the United States, made possible by a design that omits the traditional club and suite levels, thereby lowering the upper level.

By late 2015, Lions’ leadership realized that the original AV systems in Ford Field had become outdated and laid plans for a US$100m refurbishing of essentially all technology in the building, with completion targeted for the first preseason home game in August of 2017.

The overall goal of the renovation project was to bring AV systems up to a level meeting or exceeding the standards set by new NFL stadiums opened in recent years. Detroit Lions management wanted their fans to experience the sights and sounds of the game with the greatest possible clarity, detail and impact – a “larger than life” experience. The audio system specifically was designed for exceptionally high speech intelligibility with uniform coverage throughout the seating bowl while also delivering the broadband power and dynamic range required to energize fans in the stands and players on the field. The new video systems would introduce the latest high-definition LED technology and more than double the size of the main end-zone screens. 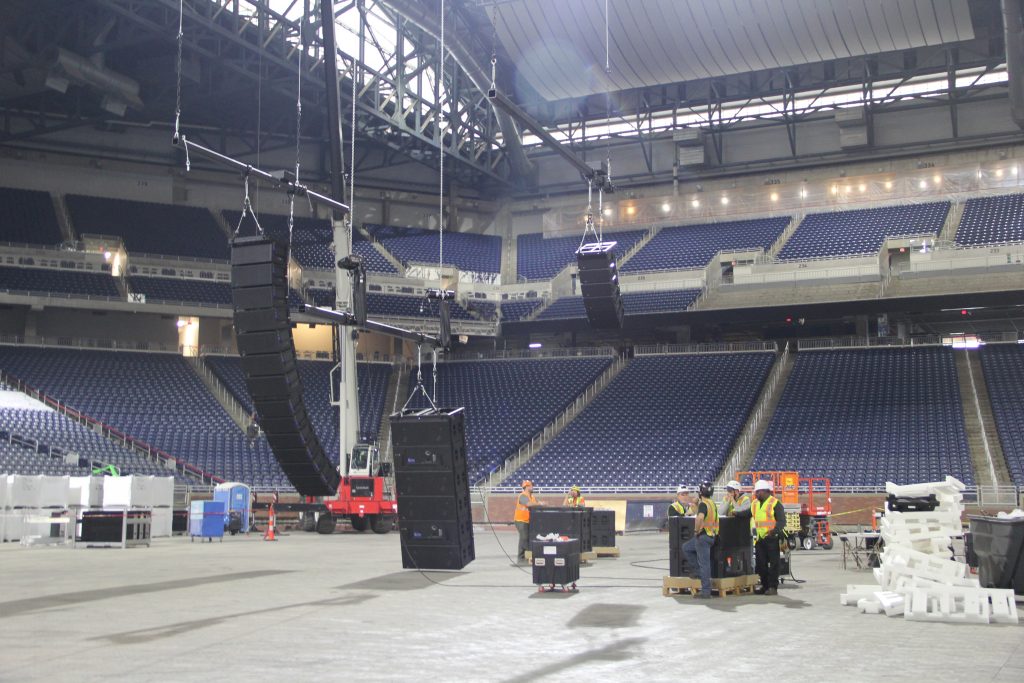 Meyer Sound was selected to provide the primary audio systems 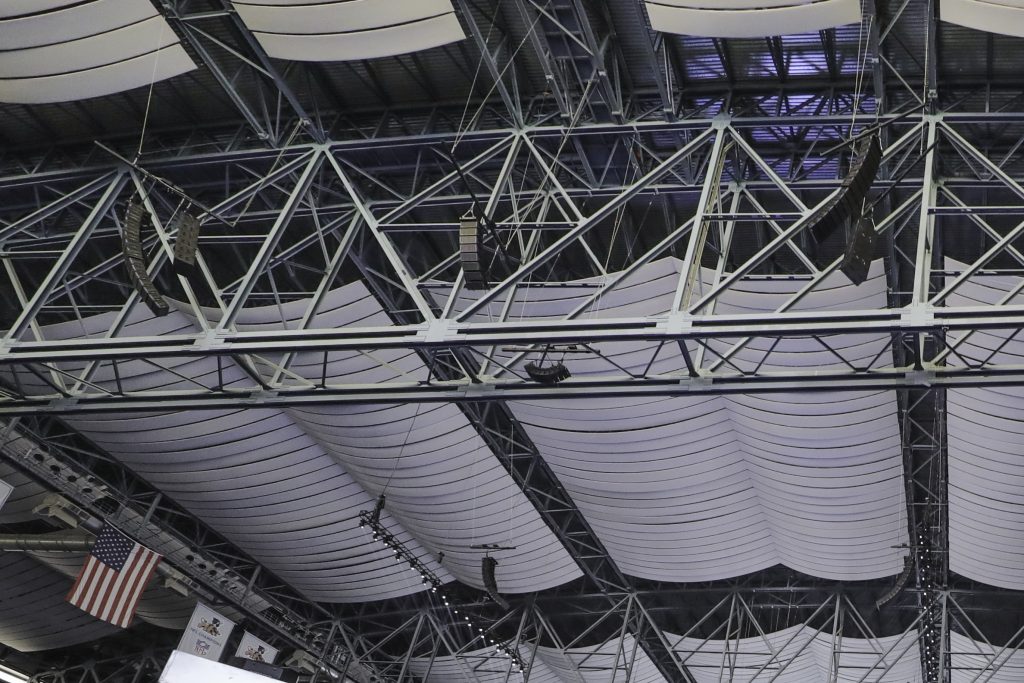 The lead consulting firm for the renovations was Dallas, Texas-based Wrightson, Johnson, Haddon & Williams (WJHW), with Josh Beaudoin as primary acoustical and sound system consultant. Based on his recommendations, and following a thorough, on-site evaluation by stadium management, Meyer Sound Laboratories, Inc. of Berkeley, California, was selected to provide the primary audio systems. The principal systems integrator was Parsons Electric of Minneapolis, Minnesota, with Erik Carlson as project manager. The Parsons Electric contract included the main bowl audio systems as well as upgrades to the broadcast cable system and to the back-of-house AV on concourses and in atriums.

The new audio system was designed to address a number of shortcomings that had plagued the original installation. Speech intelligibility and music power had suffered over the years, a situation reflected in complaints from fans in surveys and focus groups. Particularly, the former system made officials’ calls on the field difficult to understand to fans and Lions representatives alike. Troubleshooting the old system was problematic as there was no comprehensive, computer-based diagnostic monitoring. In addition, there was no coverage on the playing field – highly desirable to pump up players in warmups. Rental systems were needed to cover the field for any special events. 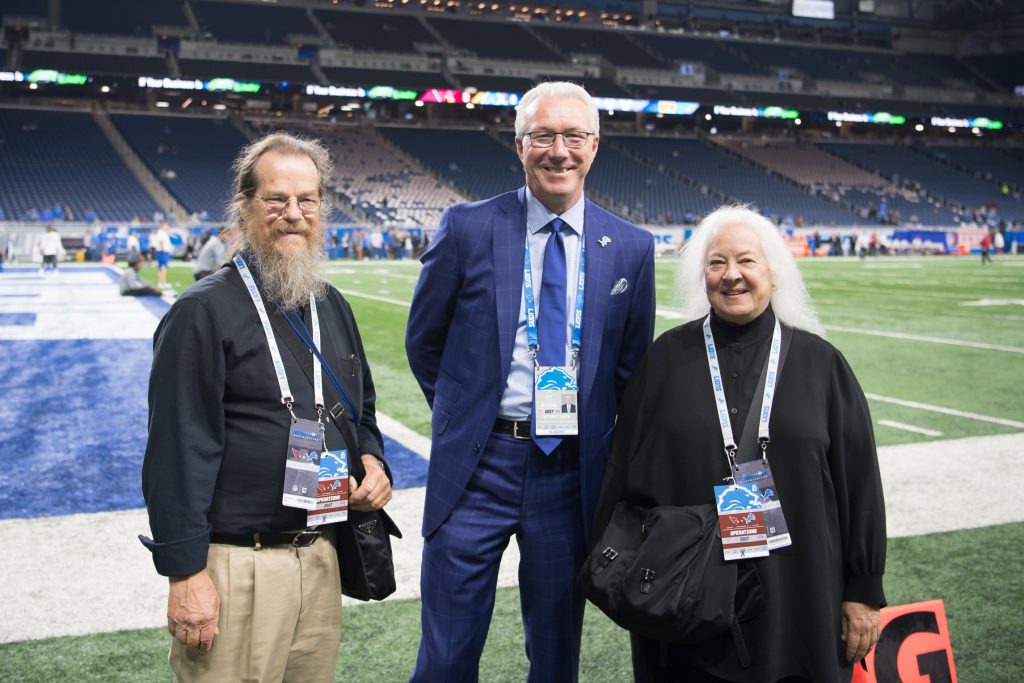