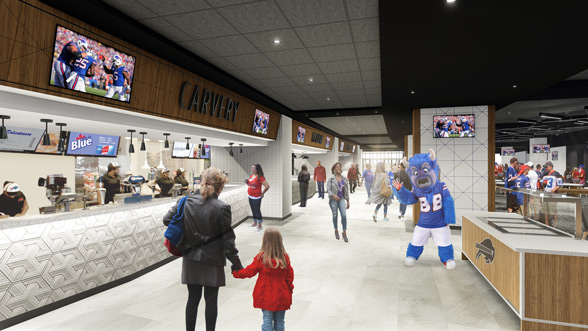 The NFL’s Buffalo Bills have announced that they will be undertaking a renovation of New Era Field’s sideline clubs this offseason.

As part of the 2013 stadium lease, New Era Field (formerly Ralph Wilson Stadium) underwent a wide-ranging US$130m renovation to enhance the game day experience, but it did not address the sideline clubs and other premium areas.

The main element of the stadium that was not touched during the 2013 renovations was our premium areas. We created a few new premium areas, but in general we did not address any of the premium areas that had been built in the early 90’s or the sideline clubs that opened in 1999.

None of our premium areas have been significantly updated since they were built. This is one of the critical areas that the Pegula’s have been looking at upgrading since they purchased the team in 2014. 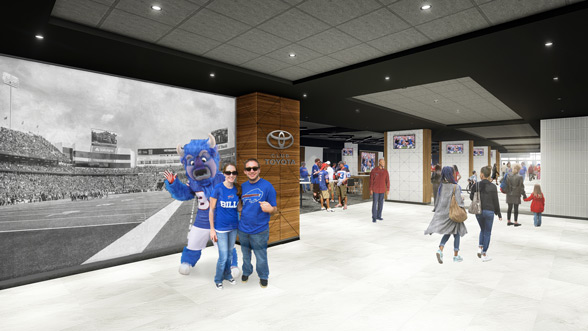 The main objectives of the renovation are to improve overall traffic flow within the clubs, provide a more efficient way for club seat members to congregate with family and friends while still offering all the amenities the indoor seating area provides when fans in the sideline club seats come inside during breaks in the action.

We’re gutting the spaces and renovating them from top to bottom. This project includes new furnishings and upgrades to the concession stands. We’re going to move the bar out of the center and have two service area bars at each end of the clubs. We found that the bar in the center made things congested. We’re trying to make the clubs more functional from a customer service standpoint.

The video walls at each end of the sideline clubs will be replaced with upgraded units and relocated to a centralised location within the clubs. 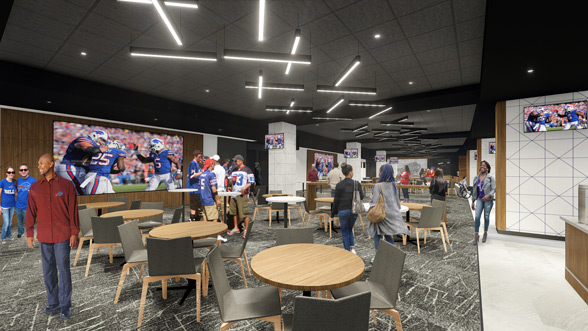 Additional upgrades are also being planned for the M&T Bank and Goal Line clubs.

The project will begin immediately after the conclusion of the 2017 season and be completed in time for the start of the Bills 2018 season. 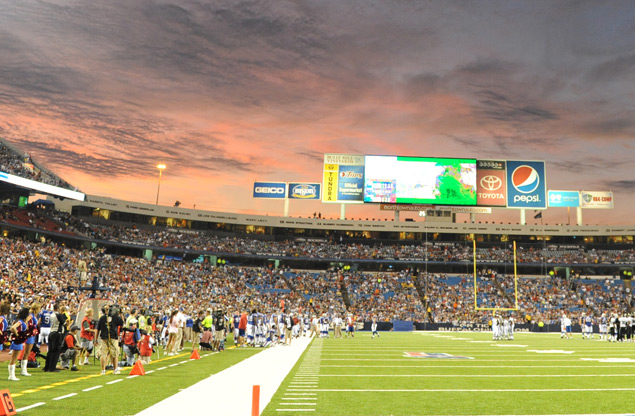 As part of the 2013 stadium lease, New Era Field (formerly Ralph Wilson Stadium) underwent a wide-ranging US$130m renovation to enhance the game day experience, but it did not address the sideline clubs and other premium areas. This will now be rectified