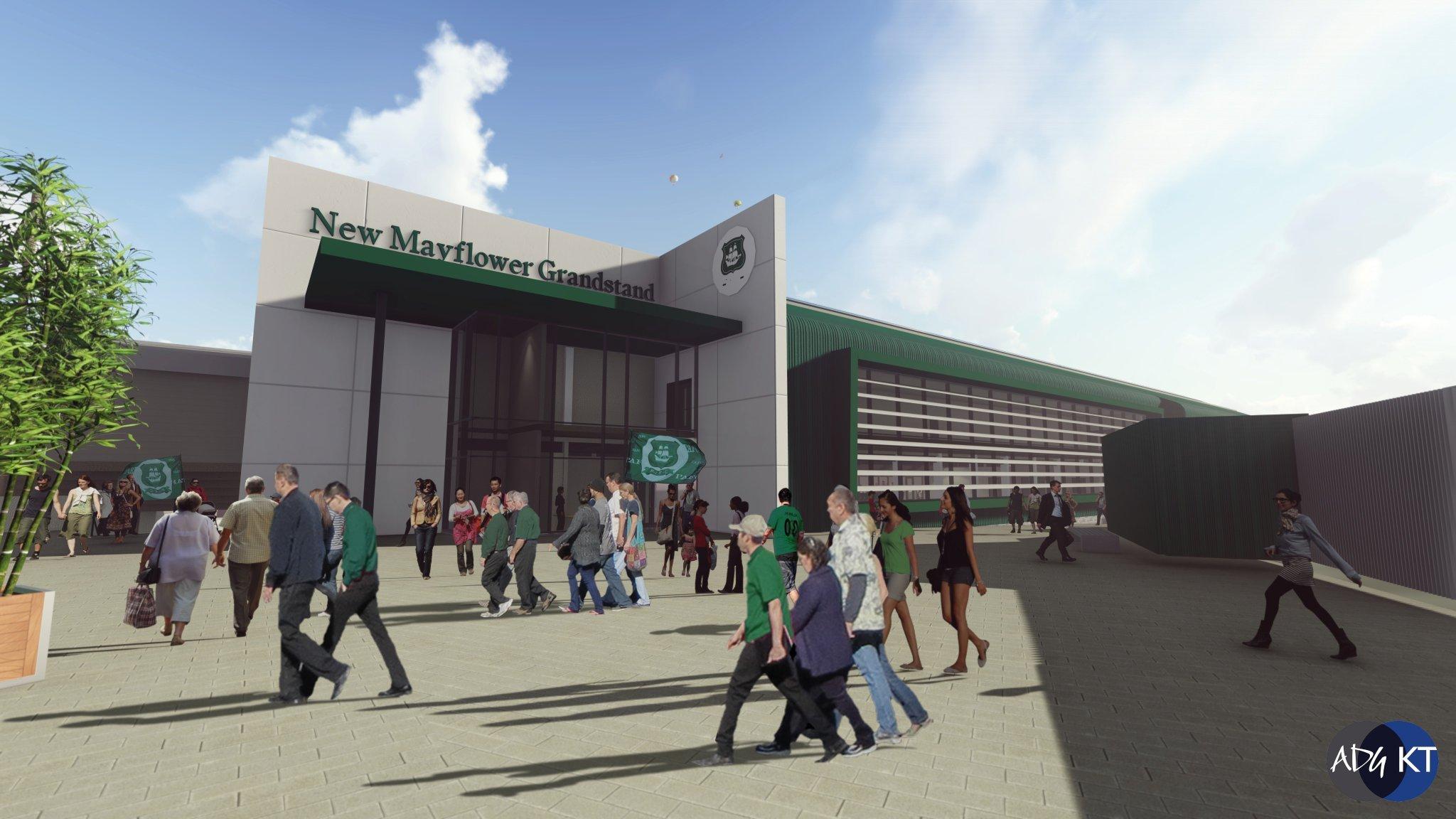 A PCC planning committee meeting on December 14 resulted in permission being granted for the proposed development of Plymouth Argyle Football Club’s (PAFC) Home Park stadium and some of its surrounds.

The development will provide the Club with: a refurbished grandstand (the New Mayflower Grandstand); new players facilities; new offices and classroom; new bars; retail and ticketing functions; and a conference and banqueting facility. Seating capacity will be increased to around 18,600 in stage one and to more than 20,000 in stage two.

The wider development includes: a new international size ice-rink; a hotel; a gym; offices; and restaurants. It is expected to employ 400 additional people once completed and more during the construction phase.

Brent paid tribute to his Co-Owner and Vice-Chairman, Simon Hallett, and his wife, Jane, who are funding both the New Mayflower Grandstand and the conferencing/banqueting facilities. He also thanked to the Club’s supporters who have been involved in the consultation process about the new grandstand, the staff at Home Park, and his Akkeron Group colleagues and professional team who have helped the plans come to fruition. 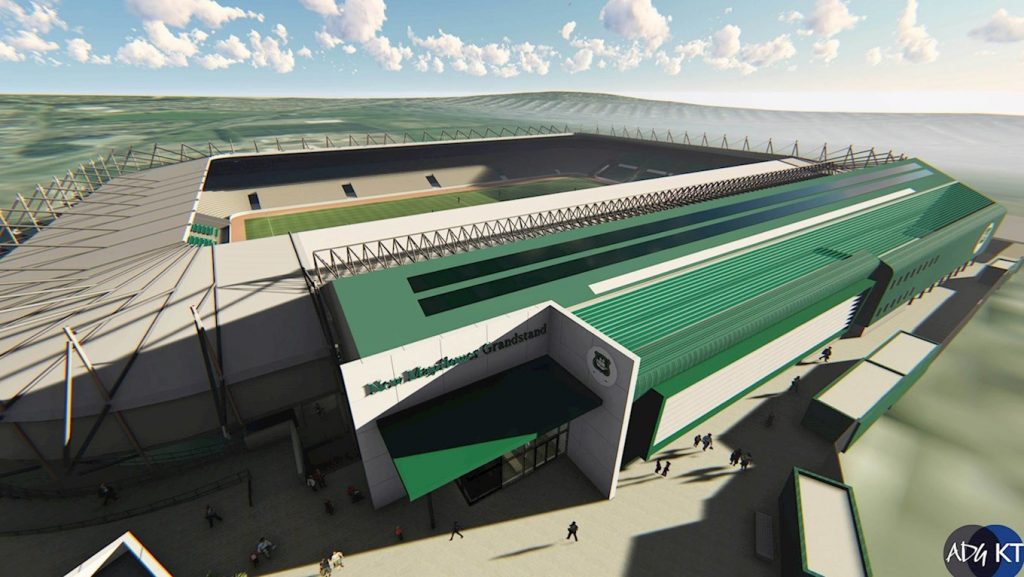 This is a very exciting day, a very exciting conclusion. We still need to build it, but many thanks to all who have helped. There is great excitement, and we’re looking forward to 2018 and beyond.

A great thanks to the Green Army Grandstand Working Group, to the staff who put time and effort in behind the scenes, and to the Akkeron and professional adviser teams. Also, thanks to the Members for approving it, and the Plymouth City Council planning department for the very diligent work that’s gone into it. It’s been a very long journey, and there have been ups and downs.

We’ve had a lot of feedback and made a lot of changes. The broad scheme remains the same in terms of what the ambition is, but we have made improvements. With these things, consultation and constructive feedback make it better in the end.

We now have a consented plan for a great asset to the football club, and to the city of Plymouth, and we need to focus on delivering it.