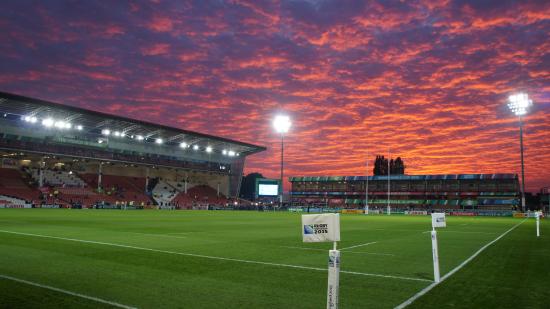 Gloucester Rugby have confirmed that they are set to invest GB£1m in a new playing surface at Kingsholm as well as performance related bonuses for non-playing staff.

The confirmation of a new playing surface brings to an end months of speculation about which option the club would take. Extensive research has taken place into all surfaces that are currently used across professional sport, including hybrid and fully artificial alternatives. Following this, CEO Stephen Vaughan confirmed that work will commence at the end of the current season to install a state-of-the-art ‘HERO‘ hybrid surface in conjunction with County Turf of Lincolnshire.
The HERO Hybrid Grass product was chosen following feedback from players, Strength and Conditioning, and Medical staff, as well as other performance staff. It is a mixture of natural grass and artificial grass fibres, which looks and feels like natural grass but offers three times the durability. It is an evolution of the Eclipse Hybrid Turf currently in use at Welford Road.

The best commercial option would have been to opt for an all-weather surface but we have opted for the preferred choice of the playing squad. We will still, however, be in a position to use our new pitch more for our community work, for the Gloucester-Hartpury Women’s team and other club activity. This is a very significant project for the Club and it’s been very important that we’ve done our due diligence. I spoke with numerous clubs and their staff and we are delighted to be announcing that we will be installing a Hybrid playing surface at Kingsholm. 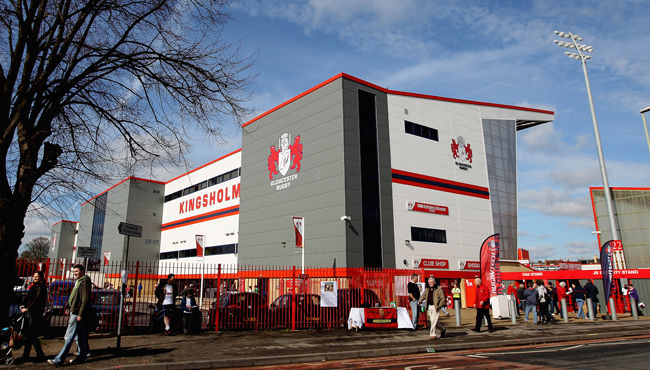 Meanwhile, Chairman Martin St Quinton confirmed the thinking behind the one-off bonus scheme for the non-playing staff at the club:

There is always a team behind the team and we are really lucky at the Club to have such a great group of people. No more was this demonstrated than during the summer when Kingsholm was subject to severe flooding and the team pulled out all the stops to make sure the Stadium was ready to open for the new season in a better shape than ever before. At the start of the season we made a decision to put in place an incentive programme for the support staff at the Club, based both at our Training Centre at Hartpury College and at Kingsholm if we achieve a top four finish at the end of the season. Whilst this is an ambitious goal, considering we haven’t been in the top six for five seasons, we really want to get everybody pulling together and incentivise and acknowledge the work of all staff involved in the Club including those working behind the scenes. The belief and positivity by everyone at Gloucester Rugby is key to our success.