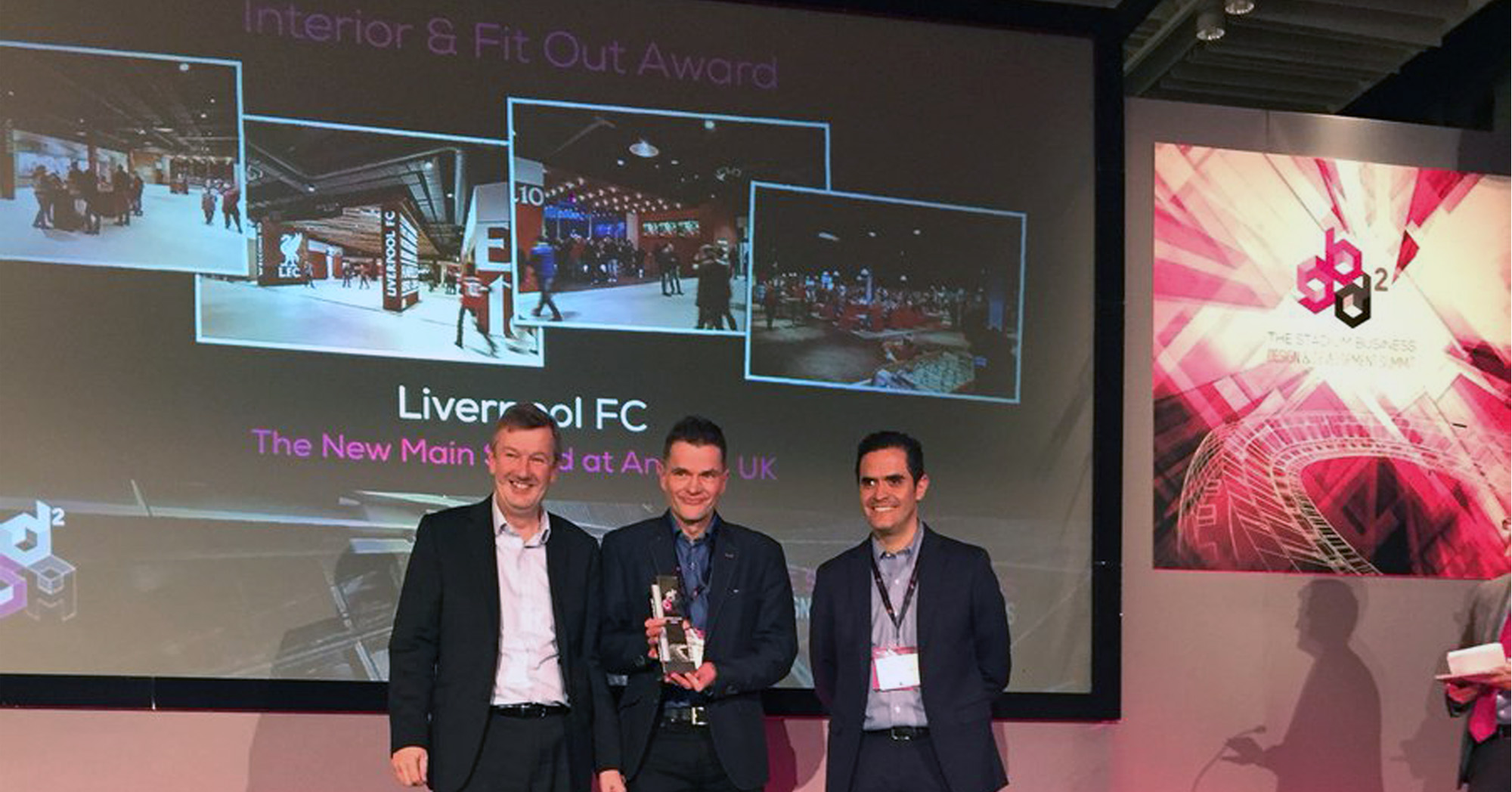 The KSS-designed New Main Stand at Anfield Stadium won best ‘Interior & Fit Out’ at The StadiumBusiness Design & Development Awards 2017 on Tuesday in Barcelona.

The judges commented on how the new concourses at the iconic Anfield Stadium highlighted both excellence and innovation in design, creating visually impactful sustainable solutions that were not only efficient in guiding fans, but also reinforced Liverpool FC’s famous brand.

We are proud that the Main Stand won against a strong category of projects, including West Ham FC’s Hospitality Spaces at the London Stadium, and one of our other recently completed projects at the One Twenty Club, Wembley Stadium.

The interiors were developed based on the owners’ aspirations for a stand that gave general fans a best-in-class environment that reflects the uniqueness of Anfield. 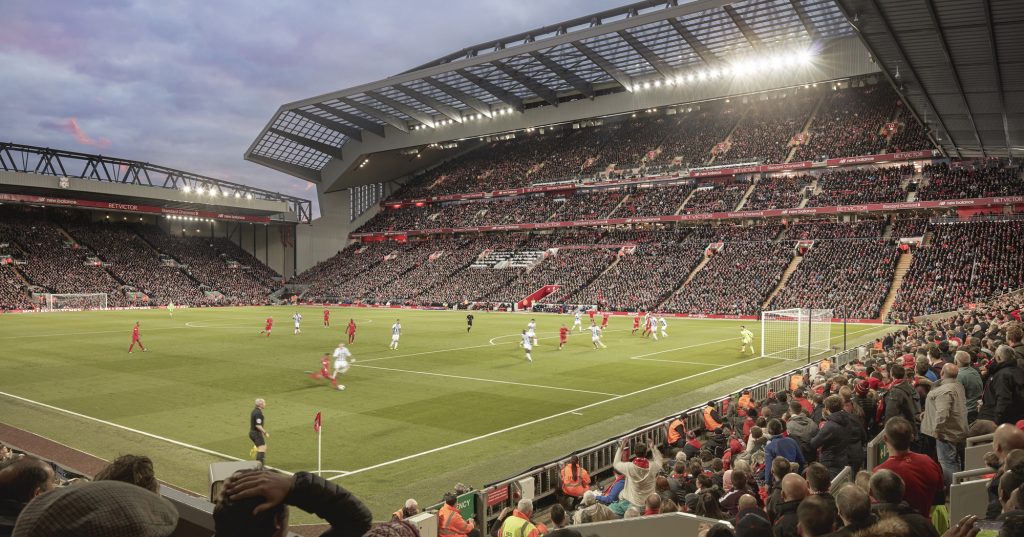 Back in July, Jamie Carragher, LFC’s ex-defender, spoke about the success of the new Main Stand at Anfield Stadium in a YouTube video (click here to view), in which he said:

The first home game with the new stand, I was completely blown away. It was a ‘wow’ moment. It’s massive, but the great thing about it is you don’t lose that closeness. You’re still right on top of the pitch and really close to the action. I like the new stand so much I bought a new season ticket in the Main Stand. I think what KSS did was make the best stadium in the world even better, and that’s some achievement.

The development forms part of a Liverpool City Council-led regeneration of the wider Anfield area, and the master plan includes a major residential improvement programme, plus a new Planit-IE-designed public realm space which runs behind the Main Stand and links Walton Breck Road to the south to the historic Stanley Park to the north.

The new setting has allowed the Main Stand to look outwards as well as inwards, and this in turn has generated opportunities to build a commemorative garden for the relocated Hillsborough Memorial at the heart of the ground, and an attractive non-match day environment for the local community.

The capacity of the Main Stand has increased from 12,200 to over 20,500 seats, making it the largest capacity single stand in the country. The existing lower tier retains general admission seats but also includes new hospitality and box seats to the rear, whilst the new middle tier provides further hospitality seats and the new upper tier a further 8,000 general admission seats.

Whilst the expanded Main Stand is a big statement visible from miles around, and the additional seating will add another dimension to the unique Anfield match day experience, it still feels like it is part of the ground as a whole, and the architecture and interior spaces reinforce the concept of a premium stand in an honest and sympathetic way that reflects the values of the Club and its supporters.

For further information on KSS, including details on their services and signature projects, check out their SVB Directory listing by simply clicking here.