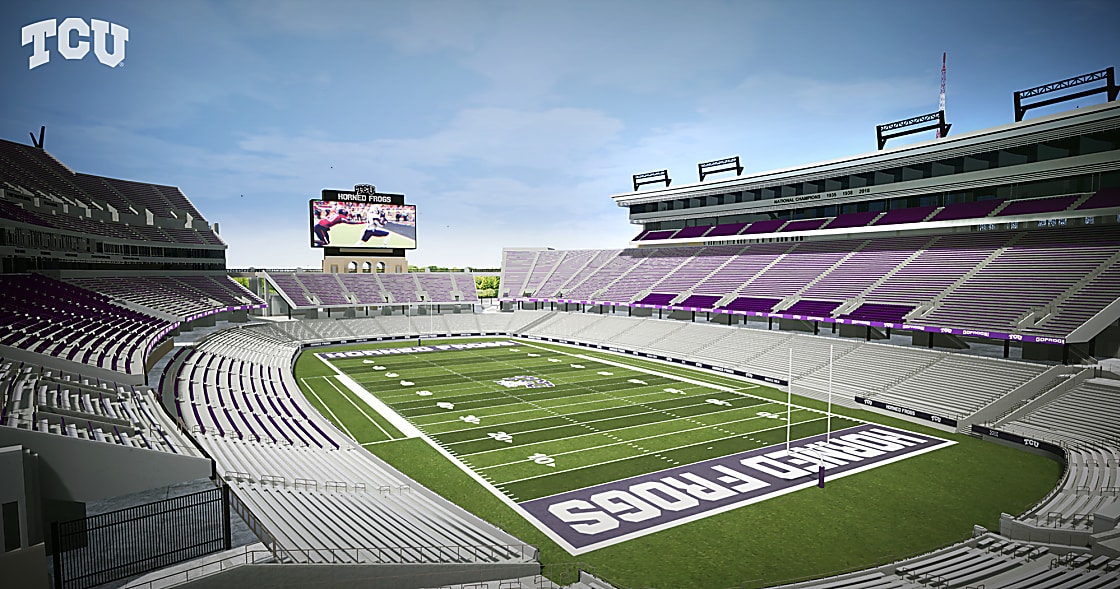 TCU has confirmed that it will begin fundraising efforts for another renovation of Amon G. Carter Stadium, just five year’s after the venue’s last makeover.

The project looks set to include two new levels of luxury seating above the upper deck on the east side of the stadium, the addition of two private clubs, more than 1,000 club seats and 20 luxury suites. A 100ft balcony will also overlook Frog Alley, the TCU campus and downtown Fort Worth.

TCU Athletic Director, Chris Del Conte, said almost 2,000 season-ticket holders responded to the survey of 8,000, describing what they would like to see in new suites and club seats:

If the fundraising goal is met by its April 2018 deadline, construction will begin in May, with completion expected in time for the 2019 season.

The planned US$100m upgrade to Amon G. Carter Stadium comes just five years after a US$164m overhaul that was completed before the University’s first season in the Big 12, meaning that when the latest renovation is complete, TCU will have completed US$300m in stadium upgrades in less than a decade.