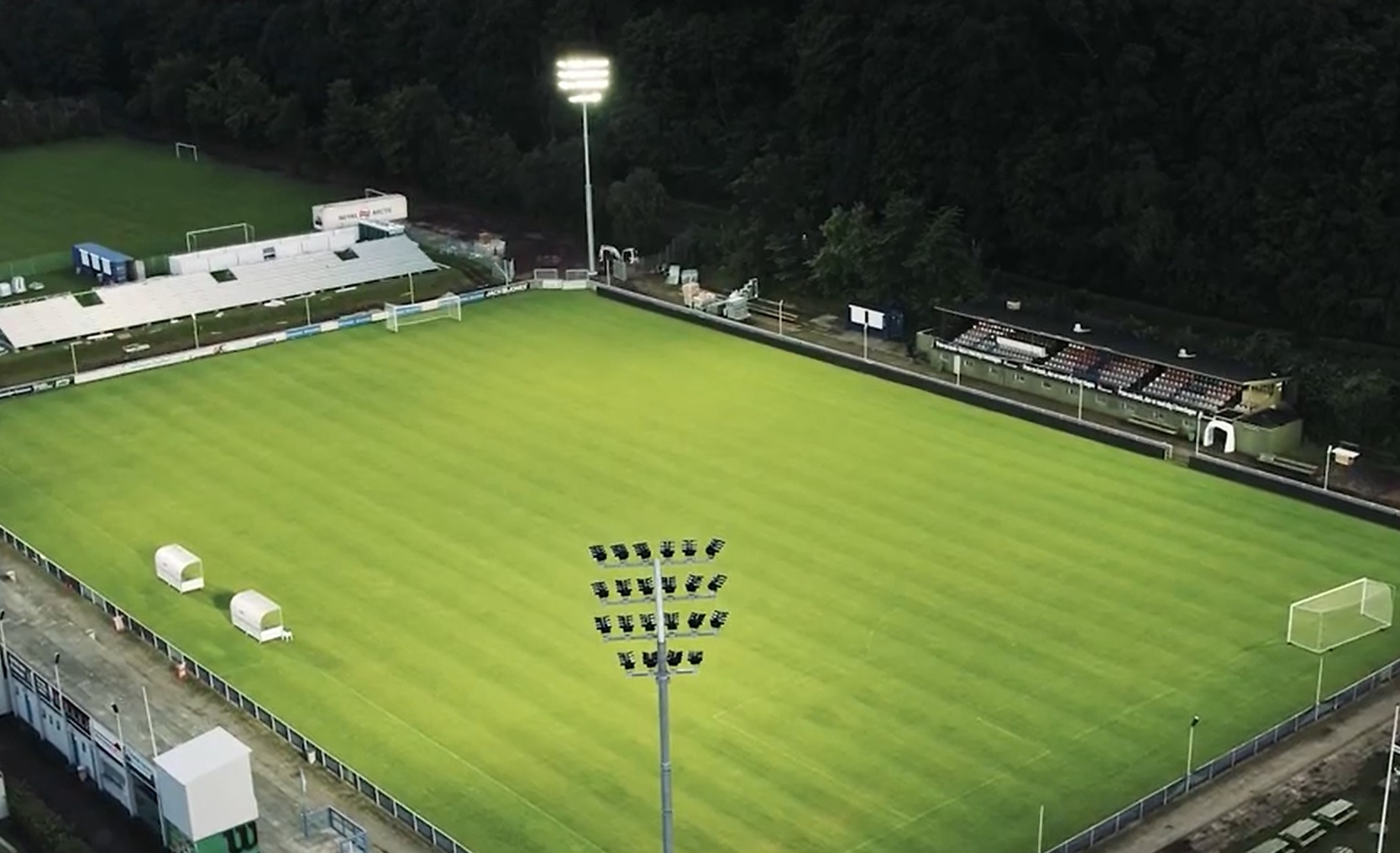 Last summer, FC Helsingor earned promotion to the highest Danish Football League, the Alka Superliga. With the club’s new stadium not yet finished, it became clear that the existing Helsingør Stadium needed some serious upgrades to comply with the regulations and specifications of the Danish Football Association. One of the biggest challenges they faced was to have a complete new lighting system installed.

The whole proces, from concept to a commissioned lighting system, can take up to 12 months. So, what happens if you only have a tenth of that time? This was the challenge FC Helsingor faced and was where AAA-LUX, a company specialised in stadium LED lighting, stepped into the breach.

Thanks to the company’s narrow beam WS-STAD luminaires, 360 degree vertical uniformity can be achieved from any location. So the 4-mast solution chosen was no problem for the powerfull LED WS-series that AAA-LUX has already been using in around 1,000 – mostly sports – projects worldwide.

A case like this is right up the alley of the new production facility in Eindhoven, which allows AAA-LUX to offer a large and efficient production output. It was perfect timing for Helsingor too, when a container full of LED luminaires was delivered at the club’s existing Helsingør Stadium about two weeks before FC Helsingors first official Superliga match.

Partners BetterLight, Green Industry and Dutch installation company Vrolijk & Overgaauw did an amazing job, placing the four new masts with new foundations, installing 88 luminaires and finishing the project two days before the first match against Odense Boldklub kicked off on 24 July 2017, with a record attendance of 3,984. Another new record was set on 17 September 2017, when 5,308 people watched Helsingør’s Superliga match against FC Copenhagen.

The result of the project was the delivery of the first Scandinavian stadium with a green footprint, a 1,000 lux lighting installation with high uniformity and colour rendering for HD TV broadcasting.

After the first couple of matches, the light has received a warm welcome. Especially the TV stations have talked in real positive terms about the consinstency in the light, flicker free and overall light quality. So in 4 weeks we built a setup that delivers on all points, from TV company requirements to The Danish Football Association’s (DBU) requirements, and FC Helsingør now has a stadium that also is the perfect training field for the Danish National Team.

Initially, wireless controls are being used to select the lighting scenes for televised or non-televised games or for full- or half-field training at lower lighting levels.

When the lighting system is ultimately moved to the new stadium in 2018, the luminaires can also be equiped with cabled controls for show lighting.