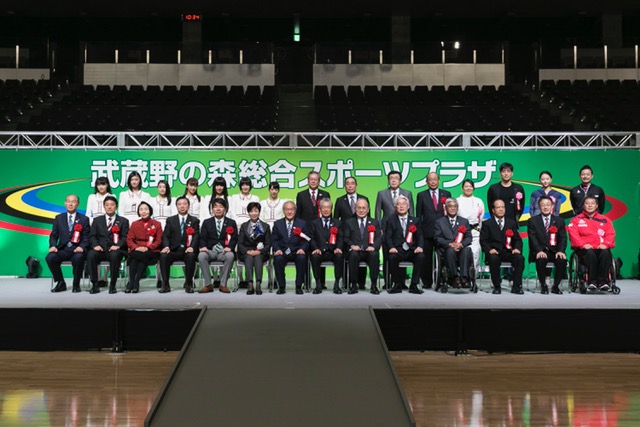 The Musashino Forest Sport Plaza, a new permanent venue to be used during the Olympic and Paralympic Games Tokyo 2020, officially opened to the public this weekend, November 25. With respectively 971 days and 1,003 days to go until the opening of the Olympic and Paralympic Games, the delivery of this first new permanent venue shows Tokyo’s preparations are well on track.

Constructed by the Tokyo Metropolitan Government (TMG), the Musashino Forest Sport Plaza will host badminton and fencing in modern pentathlon at the Olympic Games, and wheelchair basketball during the Paralympic Games.

The main arena boasts a seating capacity of over 10,000, and includes a swimming pool, a gym, a multiuse sports area and two fitness studios, all of which will be available for use by the general public. Solar panels on the roof and other state-of-the-art technology help reduce the facility’s carbon footprint.

The layout of the Musashino Forest Sport Plaza is based on the Tokyo 2020 Accessibility Guidelines, with the facility designed to be accessible to all, including the elderly, people with impairments, parents with infant strollers and those with guide dogs. The main arena has space for wheelchairs, and the space is designed with enough height difference between the rows of seating to ensure that those in wheelchairs can see clearly, even if spectators in front of them stand up. 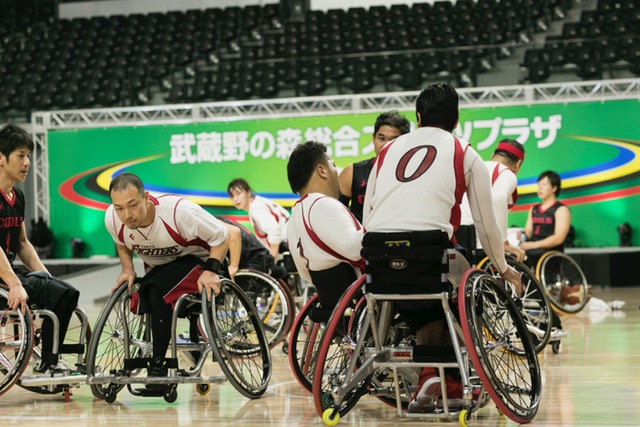 Wheelchair Basketball: The Musashino Forest Sport Plaza will host badminton and fencing in modern pentathlon at the Olympic Games, and wheelchair basketball during the Paralympic Games

This venue represents the first tangible legacy of the Tokyo 2020 Games. The opening ceremony was attended by Tokyo Governor Yuriko Koike, together with Olympians, Paralympians and people from the local community. The athletes were cheered on as they performed demonstrations of their various events, and members of the public had the opportunity to try their hand at some of the sports.

I am delighted that this first new permanent venue has been delivered and inaugurated in such an early phase of the Games life cycle. The Organising Committee’s activities have switched from the planning phase to the delivery phase and our eyes are now firmly on the opening date of the Games. Tokyo 2020 will fulfil its promise and deliver a safe and successful Games that will leave a lasting legacy and benefits for everyone.

The Tokyo 2020 Games will utilise a total of 40 venues – eight new permanent venues, 24 existing sites and eight temporary venues. The delivery of all venues is going according to plan.

* Contracts with the construction companies have yet to be finalised; completion dates are therefore still tentative