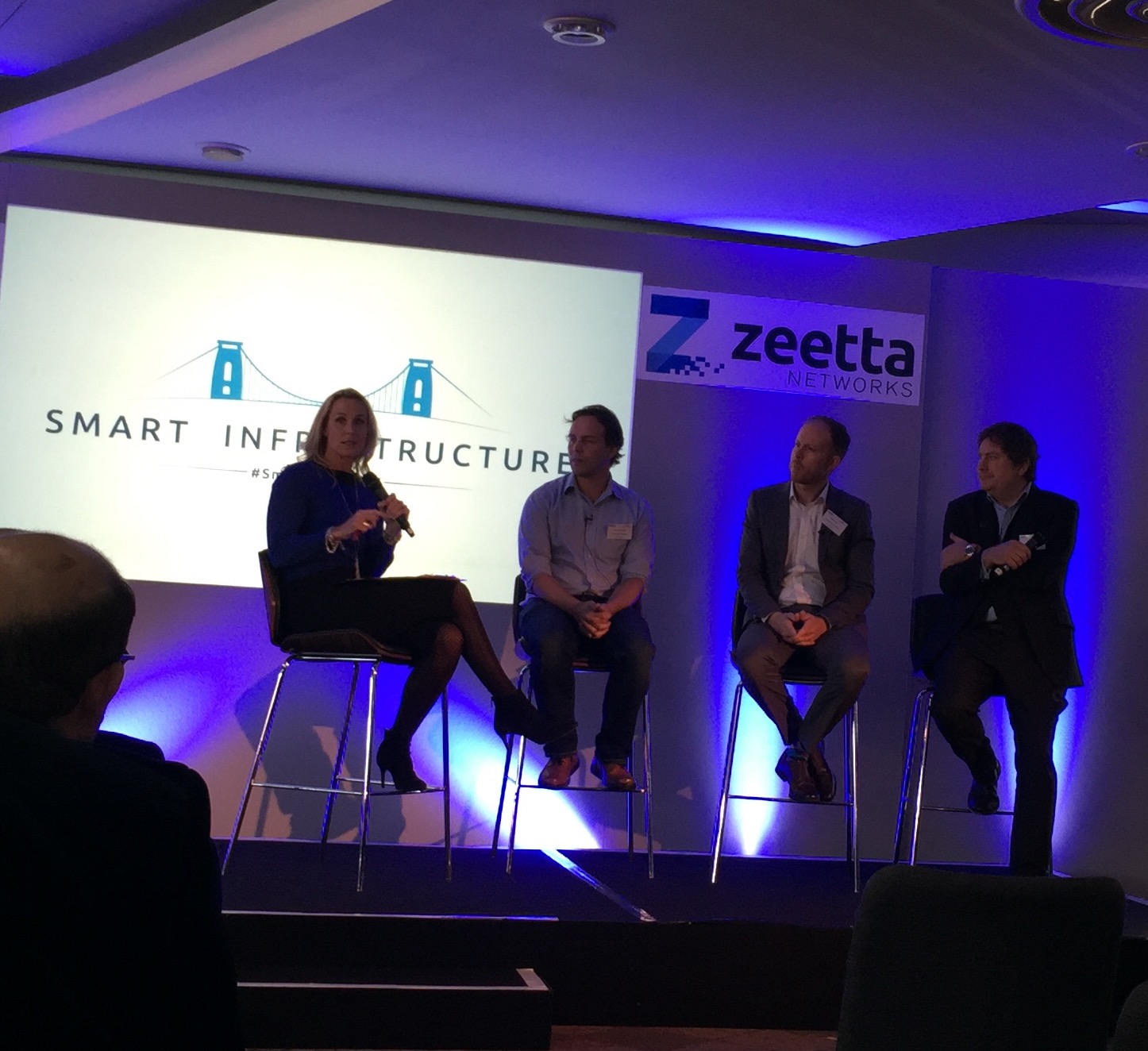 The theme, ‘Smart Leaders for Smart Venues’, attracted delegates from Capgemini, Telent, Munster Rugby, Connacht Rugby, West Ham United, Colt Technology, University of Bristol, Accedian, IPC, Triangle Networks and many other organisations, with some even travelling from abroad to attend the event. The one thing these leaders all have in common, being that they are responsible for future-proofing their organisations and are directing the evolution of their own Digital Strategy: Smart Infrastructure 2017 highlighted the difficulties and potential solutions as they consider smart infrastructure.

Three live demonstrations of NetOS® using the Ashton Gate Stadium network highlighted the benefits of smart infrastructure. Venues can further monetise their smart infrastructure through the event app, which allows non-technical hospitality staff to easily add network services to their events bookings. Any stadium can gain value from automation, as demonstrated by a mobile till which itself could be made smart and instantly enable an on-demand point of sale (POS) solution. The virtualisation demonstration showed how NetOS® has reduced operational complexities by allowing third parties a ‘live’ view on their managements systems of the network services they are using at Ashton Gate Stadium.

One delegate with proven industry insight was our own Katie McIntyre from Sports Venue Business (SVB), who was impressed by the technical and venue driven speakers. She said:

It was good to hear from a technical point of view from the Zeetta Networks guys, but also to hear from Ashton Gate how they are implementing it here at the stadium. It was a really good event, and I’m looking forward to the next one! 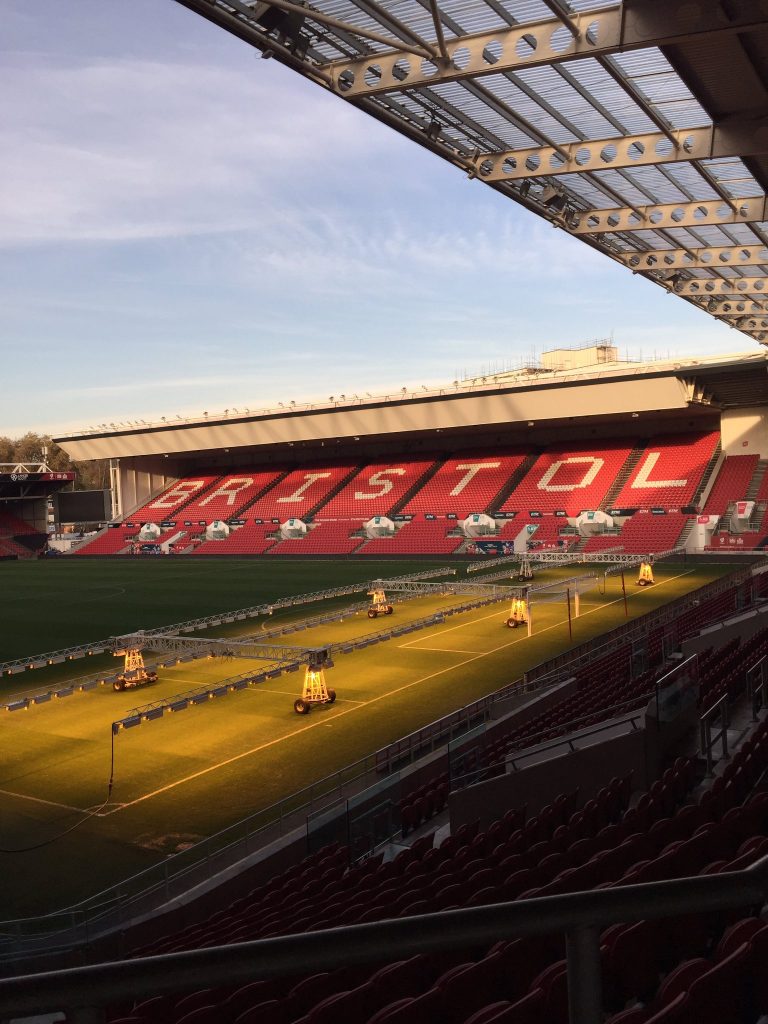 The day explored the structural changes and leadership required in smart venues to keep up with evolving smart culture. Paul Lipscombe, Head of Technology at Ashton Gate Stadium, spoke on democratising data and installing hundreds of switches into a venue. Mike Bohndiek, Head of IT at West Ham United, dared tech innovators to deliver on the high expectations that venues now have for their networks. And Thierry Chau, Global Practice Lead for Large Public Venues at Ruckus, revealed the intensity of data downloads during high profile events – clocking 9.4 terabytes of data usage during just one day! 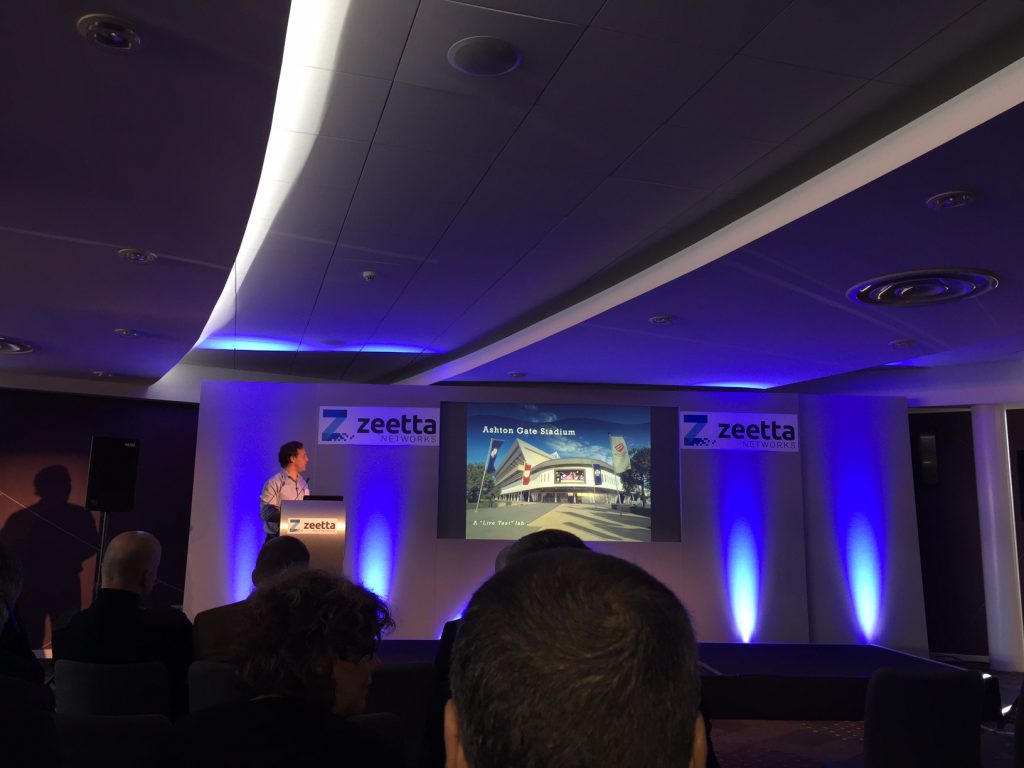 Paul Lipscombe, Head of Technology at Ashton Gate Stadium, spoke on democratising data and installing hundreds of switches into a venue

Zeetta Networks’ CEO, Vassilis Seferidis, commented on the success of the inaugural event:

With ever shortening innovation cycles for technology, smart leaders need to pay close attention to the developments that are leading the field. It was humbling to see such a high turnout at our inaugural event, committed to advancing their smart infrastructure. Our NetOS® software defined network installed at our partner, Ashton Gate Stadium, demonstrated just what it can do for stadia and venues around the world.

Venues that are slow to join this acceleration towards smart platforms risk being outstripped by competition, and Zeetta Networks’ Smart Infrastructure 2017 event sparked a discussion about how smarter organisational cultures will naturally lead to smarter venues. Smart Infrastructure 2018 is already being planned with a new theme and spotlight on the challenges – and opportunities – that building a smarter world brings. 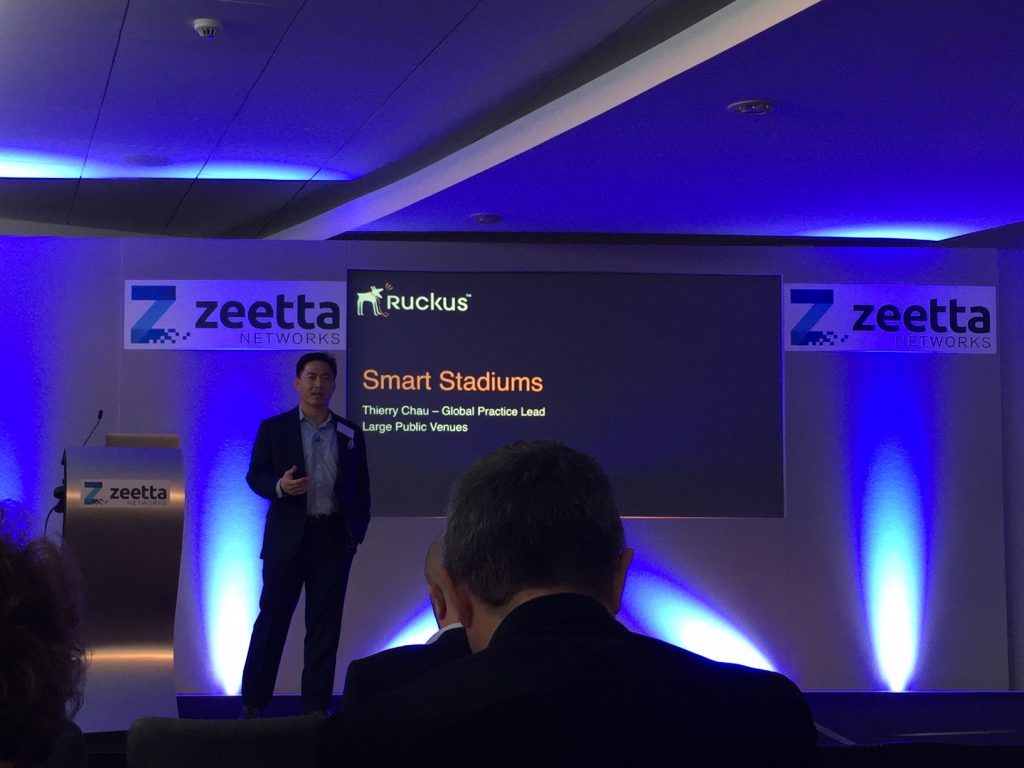 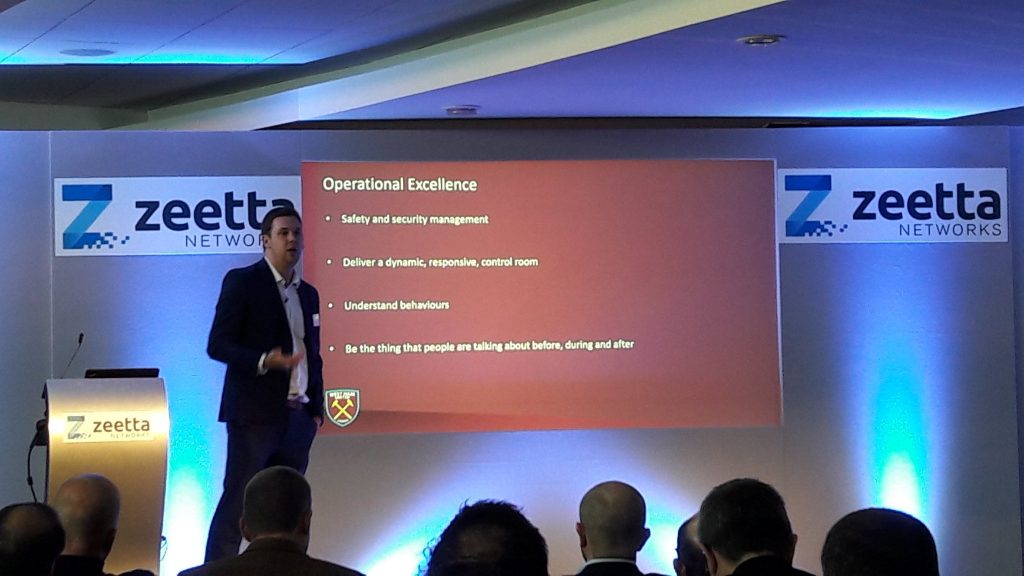 Mike Bohndiek, Head of IT at West Ham United, dared tech innovators to deliver on the high expectations that venues now have for their networks

Sign up to hear more about Smart Infrastructure 2018 by emailing nick@zeetta.com.

Zeetta Networks is the leading facilitator of the ‘Network-as-a-Platform’ using open networking technologies. The company’s NetOS® is a disaggregated software solution that allows networks to become programmable platforms for the execution of applications on top. It is based on patented software-defined networking technology which offers the unique capability to control, not only IP/Ethernet networks, but also optical transport networks and wireless access networks for a complete ‘end-to-end’ provisioning of services and applications across the whole network.