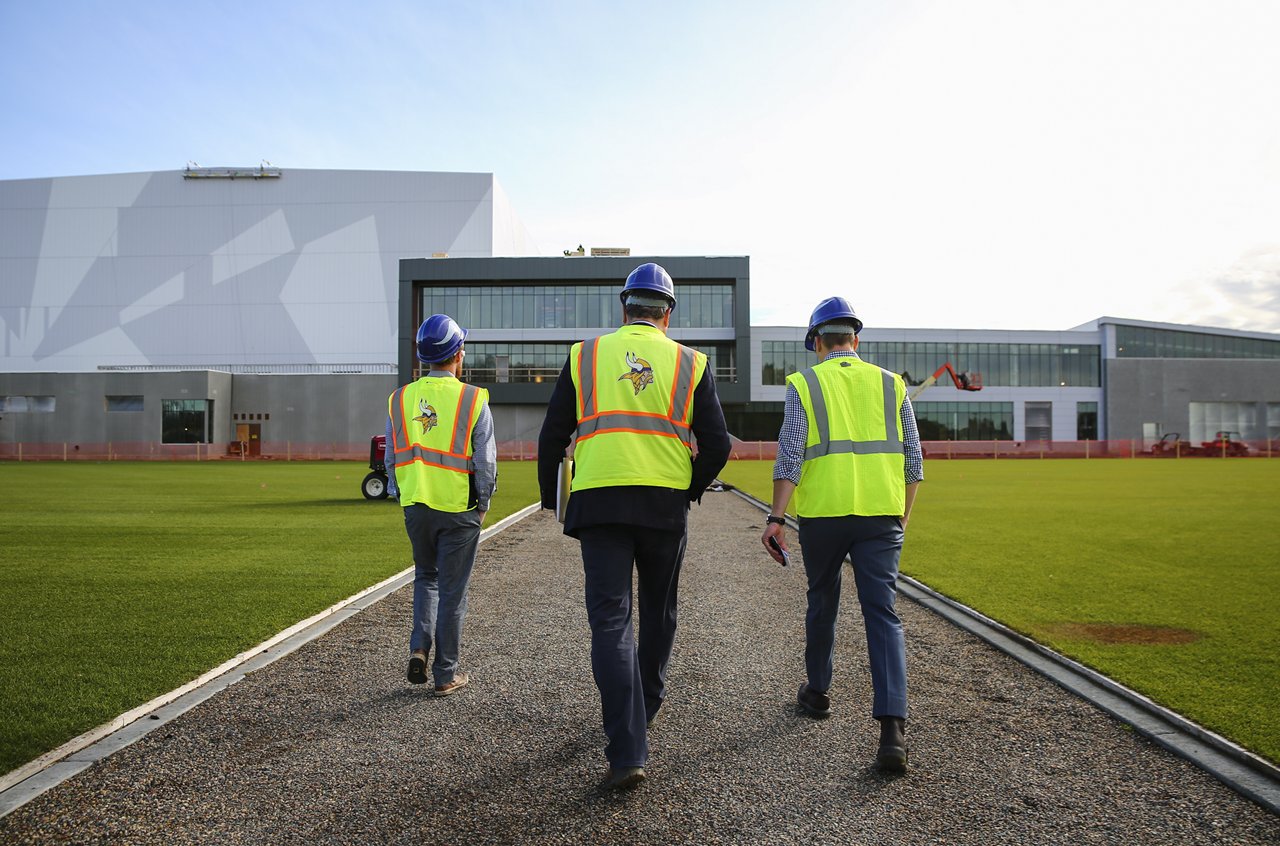 As the Minnesota Vikings’ NFL season nears its midpoint, the team’s future HQ is closing in on its fourth quarter. Members of the media got their first look at the Twin Cities Orthopedics (TCO) Performance Center site on Monday, during which they were able to walk through several spaces for the first time. The state-of-the-art, 277,000sqft facility is 70 percent complete and on schedule to open in March 2018.

Tour highlights of the Crawford Architects-designed venue included the Vikings locker room, a 6,500sqft space that will be made cozier by a pair of fireplaces and a 6,100sqft weight room that will feature ample natural light.

The media also visited an auditorium that will serve as a team meeting room. A retractable wall will allow the auditorium to connect to the Vikings Entertainment Network studios and provide a space for potential live audiences.

The third-floor cafeteria offered a peek into the ongoing construction of TCO Stadium, also designed by Crawford Architects, which will host high school and youth sports and other activities, and the exterior of the indoor practice facility is nearing completion.

The Vikings news headquarters will sit on 33 acres, which is more than double the acreage of Winter Park, which opened in 1981. Another 167 adjacent acres of mixed-use spaces will be developed in years to come by MV Eagan Ventures. 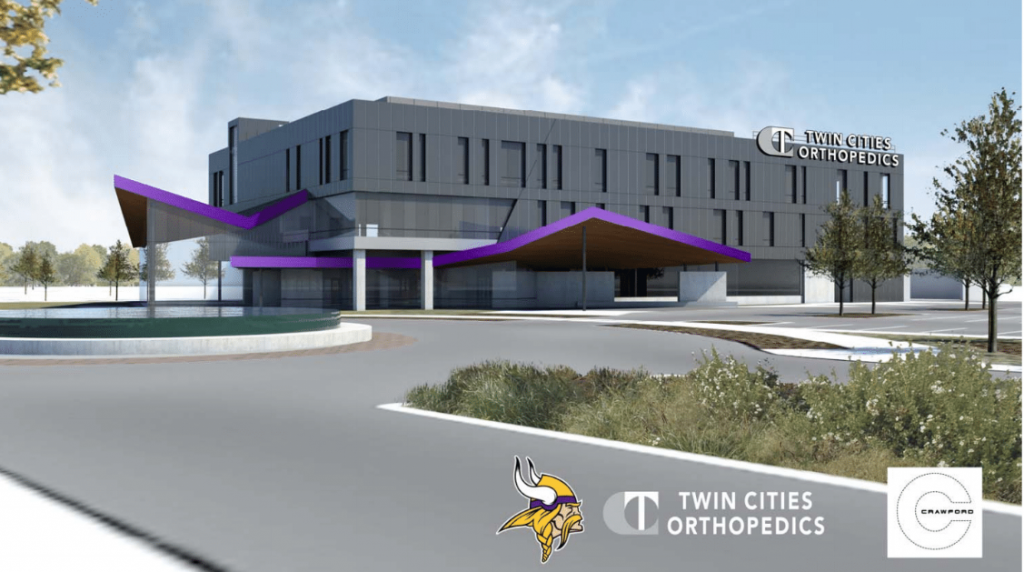 It’s a long time coming. We’ve really enjoyed the years that I’ve had and the previous owners of the team have had at Winter Park, but we feel that now is the right time to move on and to move into the 21st Century and reward our players, fans and the community with a great facility. We’re very, very proud of it, as we are proud of our stadium and team, especially for our fans.

Vikings Chief Operating Officer, Kevin Warren, said the goal was to create a broader campus that would be a destination for the community and capable of hosting national and international events. He added:

We think what we’ve done here is create an environment where this will be a place for families to come together. 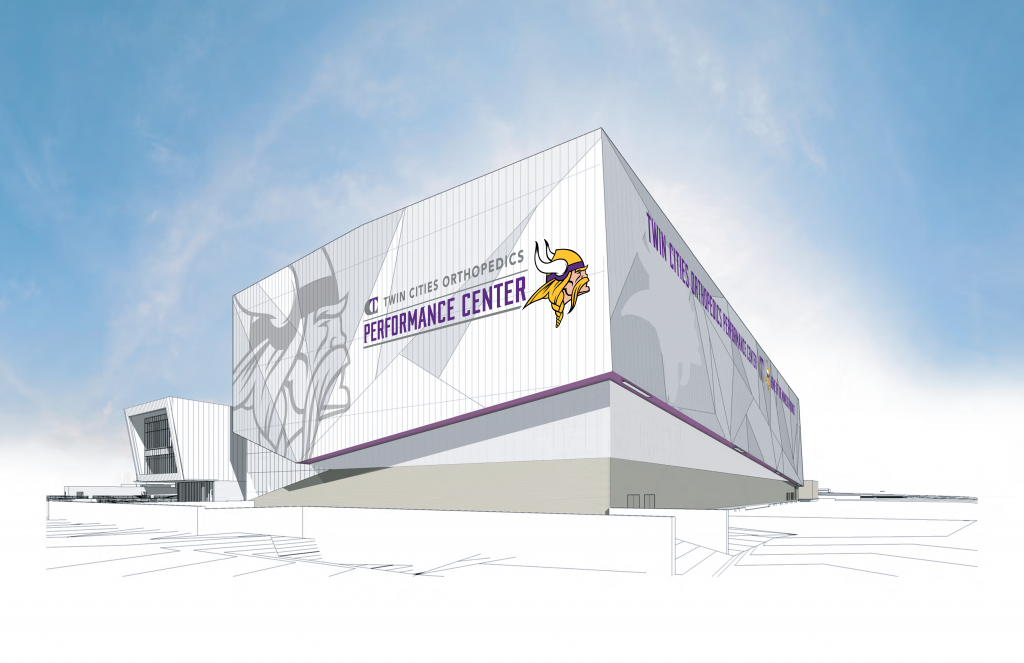 The facility will allow for Vikings employees that are working in five different locations to work together under one roof.

Construction also is ongoing for two buildings just south of TCO Stadium. The first is a 22,000sqft Sports Medicine Center that also will have a Vikings museum and team store. The second is a 76,000sqft medical office building for TCO.

Vikings Executive Vice President of Public Affairs, Lester Bagley, said the Vikings would like to host a football jamboree in August and a high school rivalry game in September or October:

This has been the vision from the beginning from Kevin Warren and the Wilf ownership group. This building needs to be community-accessible, so we’re developing partnerships as we speak in our community with non-profits, with youth sports, high school football, soccer, lacrosse.

U.S. Bank Stadium is a special building, the best stadium in the NFL and the best in the world. We think that Twin Cities Orthopedics Performance Center will be just as special. We’re very excited about what we’re bringing to the table here. 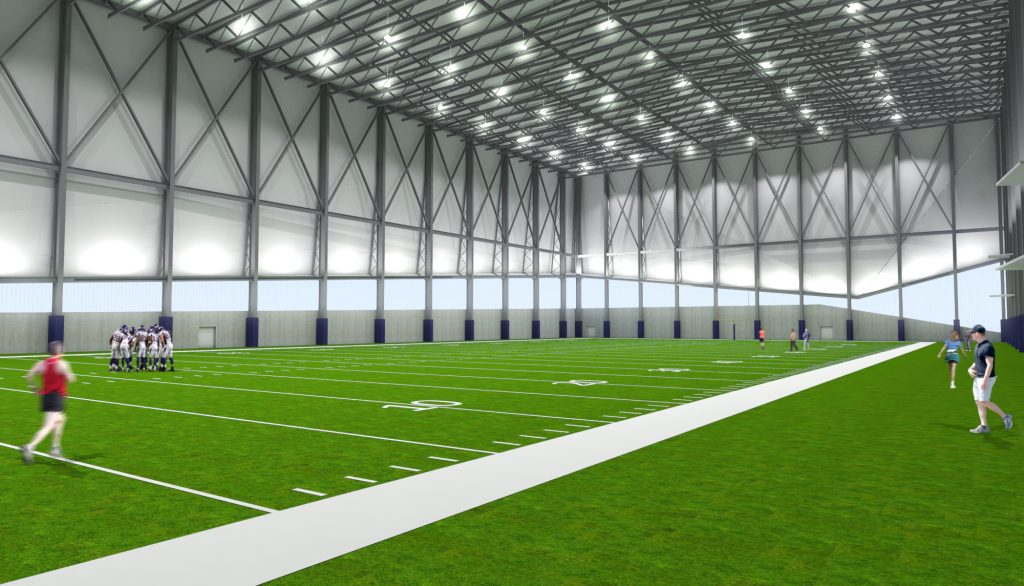 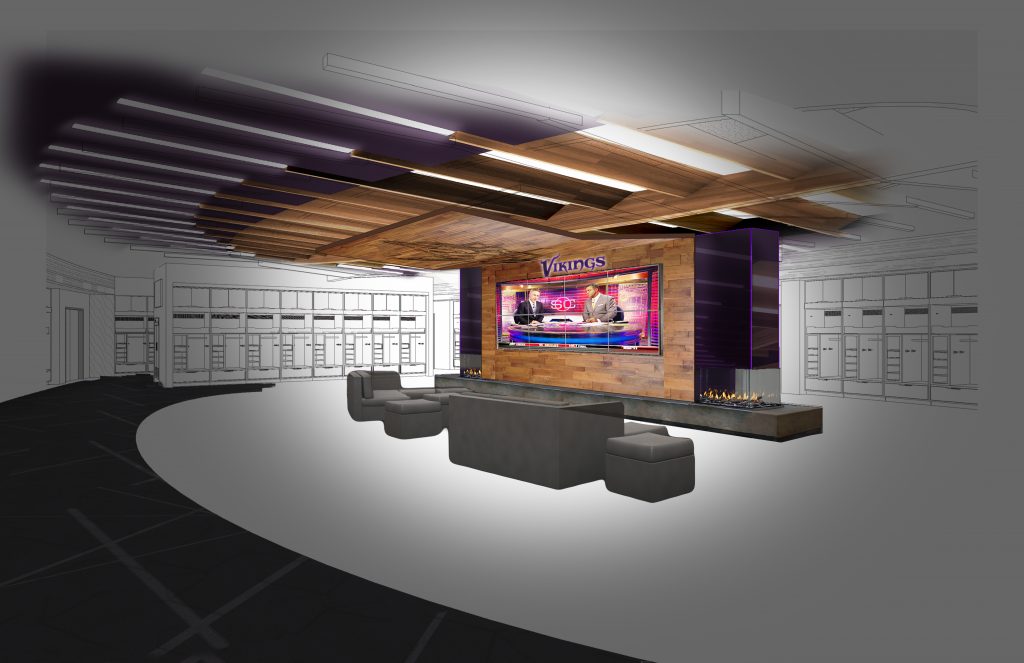 Designed by Crawford Architects and built by Kraus Anderson Construction Company, the Twin Cities Orthopedics Performance Center and TCO Stadium comprise the Minnesota Vikings new practice facility and team headquarters scheduled to open in March 2018. The approximately 40-acre project will include four outdoor football fields, a full-size indoor football field, and a 6,000-seat stadium; player position meeting rooms and team auditorium; expanded locker room, weight room and equipment facilities; cardiovascular and specialised speed rooms, a hydrotherapy room, and post-workout recovery rooms; a broadcast studio and media centre; and administrative offices for Vikings staff. Located off I-494 at the intersection of Dodd Road and Lone Oak Parkway, the performance centre and stadium will serve not only as the home of the Vikings but also will be available to youth, high school and amateur athletics and other community events. The project is the first phase of an overall 200-acre development expected to transpire over 10-15 years and set to include offices, retail, residential, hospitality and a conference centre.

To find out more about Crawford Architects, check out their SVB Directory listing online at: http://sportsvenuebusiness.com/index.php/2017/02/21/crawford-architects/