Rethinking legacy for host cities: The dawn of a new era

The new major event hosting model risks leaving cities with no built legacy, so they must look elsewhere to extend the benefits that derive from hosting events. A new report by Arup examines how cities can build sustainable legacy in this ‘new era’ of major event hosting, as SportCal’s Callum Murray explains.

Paris and Los Angeles, recently chosen to host the 2024 and 2028 Olympic Games respectively, represent a “new era of hosting major events,” with both hosting plans “dominated by the use of existing or temporary venues, maximising efficiency, minimising costs and dramatically reducing the risk of unused venues post-Games,” according to Arup’s new report, ‘Rethinking legacy for host cities’.

The new approach is being enthusiastically adopted by the International Olympic Committee (IOC), as it attempts to reduce the cost of hosting the Olympics and thereby stimulate interest from cities in hosting the games; and where the IOC leads other sporting rights-holders are likely to follow.

“This new direction should be the perfect antidote to the populist fuelled opposition that has led to so many cities stepping back from recent major event bidding competitions,” the report argues. In the race to host the 2024 Olympics alone, Boston, Hamburg, Rome and Budapest all dropped out after facing popular or political opposition to their plans, usually based on the (perceived) cost of hosting the games. Consequently, the IOC took the unprecedented step of awarding the 2024 and 2028 editions simultaneously to the two remaining bidders, in order to prevent the losing 2024 bidder from walking away from the process completely.

“And yet,” the report – which was authored by a multi-disciplinary team of city planners, designers, consultants and engineers, with experience of the Olympic and Paralympic Games, World Cups, Expos and Commonwealth Games – continues, the new approach “creates a new challenge for host cities – the risk of no tangible legacy at all. In this context, despite sizable reductions in costs, any price may seem too much to citizens who struggle to see any wider benefits beyond the six weeks of events and celebration.”

There is therefore a need to “reinvent legacy,” according to the report, which argues that other benefits derived from hosting an event “might include increased civic engagement through volunteer programmes and better public information; a wider audience engaged through personalised event experiences using digital technology and social media; more efficient organisational models used to manage the city; a shift towards more sustainable behaviour; and capitalising on long term infrastructure investment.”

The report identifies the way in which hosting an event “can positively change the behaviours of residents, businesses, government agencies and investors” as the most powerful effect of an event on a host city. Citing the “legacy success stories” of Olympic host cities Barcelona, Sydney, Beijing and London, it claims that “it has been the Games-induced revival of business confidence, re-engagement of local communities and restoration of trust in city leadership that has led to transformational changes for those cities.”

The problem for host cities, the report argues, is that “These benefits are often masked by the more tangible physical legacies of Olympic Parks, stadia or villages. In the absence of these physical assets post-2020, hosts must focus more overtly on these behavioural legacies if the ‘memory’ of the Games is to be engaged in transforming their cities.”

The report identifies the following three tactics that are most likely to have the greatest impact in achieving this transformation:

“In the same way that overlay design is used to create the ‘look and feel’ of an event, the event itself is used to create the ‘look, feel and function’ of the future city,” the report proposes. This overlay could include so-called ‘live sites’ but, “Unlike the current Olympic model, Live Sites could be placed all around the city, bringing the sporting events to each neighbourhood and closer to its citizens. This has two benefits, it takes the strain off the transport system, as fewer spectators are travelling to the competition venues and in many cases would be able to walk to their local Live Site, encouraging active travel.”

“For example, in the Los Angeles context the effect could be dramatic, delivering a modal shift from car to public transport, localising services, transforming inter-city coordination and creating a legacy of efficient civil defence and community engagement. London created a legacy for event management; Los Angeles has the opportunity to transform city management.”

Meanwhile, major events offer cities the opportunity to scale up and accelerate their environmental priorities, through initiatives such as:

In a section entitled ‘Financing events differently’, the report argues: “Reduced venue capacity requirements are where real savings start to materialise, and affordable off-the-shelf or pre-engineered venues become a realistic proposition. Apart from a few of the larger venues, such as the main stadium, it is conceivable that almost all major events could in the future use either temporary or existing venues. One of the big advantages of temporary venues is the speed at which land can be released for redevelopment after a major event. They are faster and cheaper to erect and mitigate the risk of post event ‘white elephants’.”

However, it also acknowledges that some of these initiatives could have knock-on effects on the ability of event organisers to finance the events, especially where the use of temporary, demountable and existing structures limits the number of tickets that can be sold. This loss of ticket revenue “would need to be mitigated through other forms of associated event revenue,” according to the report. “Fair and equal access to tickets also continues to be a live issue. Improving online systems and using space more effectively for sponsors, organising members, media and spectating athletes can help create smaller but fuller venues. And from an athlete and spectator point of view, smaller venues generally result in a packed house and a great atmosphere.”

The report also suggests that creating more immersive digital environments, through technology such as virtual reality, creates “a huge opportunity for major events to increase spectator participation and boost the numbers that might be lost due to reduced venue capacities.”

For example, future live sites “could offer virtual reality environments that allow spectators to tune into any number of live sports, get guided tours of venues or listen to their favourite athlete being interviewed. With free, or cheaper, entrance fees than competition venues, Live Sites could be highly accessible to families and youngsters.”

The report concludes: “Embedding urban overlay, operational excellence and clean and green infrastructure principles into the delivery plan for a major event goes a long way to guaranteeing a transformation for the city. But long term success comes from the building of institutional capacity to deliver benefits before, during and after the event.”

The full report can be found here. 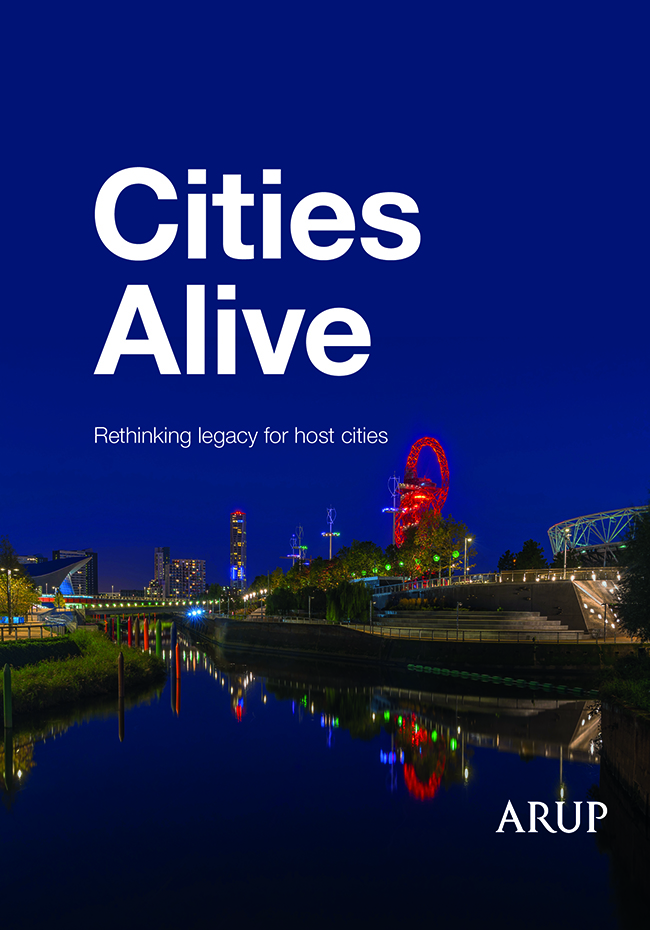 This article was written by Callum Murray and originally published by GlobalSportsJobs’ partners, SportCal.

Give your career in sport a boost with the latest live vacancies, or create an account today and stay up to date with all the latest industry knowledge, events and jobs in sport.