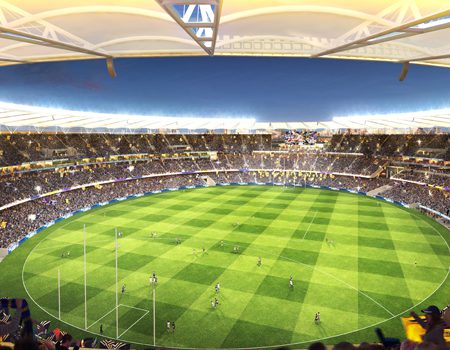 Earlier this week, the State Government announced that negotiations with football had been agreed and from Round 1 of the 2018 Australian Football League (AFL) Season, the West Coast Eagles and Fremantle Dockers will play all home games at the new Perth Stadium, which will officially open its doors in January.

This Stadium will undoubtedly be the best AFL venue in Australia and the Clubs will now begin officially transitioning their fans and match day operations.

The trip across the Nullarbor has long been feared for the interstate Clubs and we will be working closely with the West Coast Eagles and Fremantle Dockers to create a fearsome fortress, providing our teams with a strong home ground advantage.

We look forward to assisting the Clubs to create inspiring moments at Perth Stadium that bring people together and create lifelong memories.

Premier Mark McGowan made the announcement following approval of key outstanding commercial terms by the State Government and execution of two major agreements.

For subsequent 10-year terms, the WAFC will continue to benefit from the income generated by football at the stadium, capped at AU$10.3m a year adjusted by CPI.

Future funding for the WAFC for subsequent 10-year terms will be subject to a detailed review, commencing in year seven of each 10-year term of the 50-year agreement.

The second agreement made, between the State Government, stadium operator VenuesLive, the AFL, the West Coast Eagles and the Fremantle Dockers, covers all AFL home and away games and AFL Finals for 50 years from 2018.

Perth Stadium will continue discussions with the WAFC to potentially stage marquee events at the venue, such as the WA Football League Grand Finals.

About the New Perth Stadium

The New Perth Stadium, which is more than 97 per cent complete, has been designed with a ‘fans first’ approach and this will transition throughout operations, offering all 60,000 fans outstanding match day experiences.

The recent successful testing of the stadium lights and sound system – which you can experience firsthand on our Twitter feed (@KatieMc123) – provided a taste of what the Clubs could deliver on a match day. Around one million AFL fans are expected to attend games at Perth Stadium during 2018. 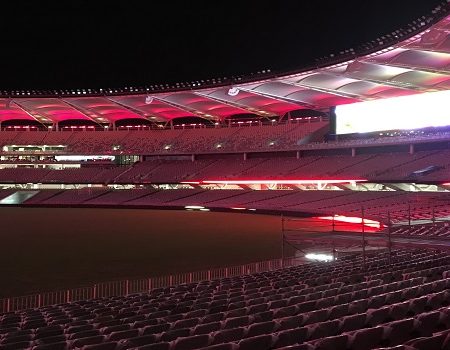 The first full-blown test of Perth Stadium’s world-class lighting system showcased its full capabilities. The system incorporates more than 15,000 LED lights, making it the biggest of its kind anywhere in the world. Inside the stadium, the halo roof lights, sports lights, two 340sqm super screens and sound system were activated in unison. Outside, 1.4km of LED lighting was lit on the stadium’s facade and all 43 arches of the 450m arbour were illuminated

The lighting component of Perth Stadium is one of the most stunning features of this state-of-the-art venue. It sets a new benchmark for stadium lighting in Australia.

It is yet another world-class design feature which will help create the ultimate ‘fans first’ experience for all Western Australians and visitors alike.

The McGowan Government is working hard to fill Perth Stadium’s events calendar for the coming years to boost tourism, create jobs and diversify the economy.

The AU$1.45bn Perth Stadium and surrounding Stadium Park will officially open with a free Community Open Day on Sunday 21 January, 2018, which will run from the early afternoon into the evening, and enable ticket holders to tour the stadium, taste the food and beverage offerings, participate in a variety of activities, and experience the stadium’s state-of-the-art lighting, video and audio systems in action. This will be followed by a series of world-class entertainment and sporting events ahead of Round 1 of the AFL Premiership Season.