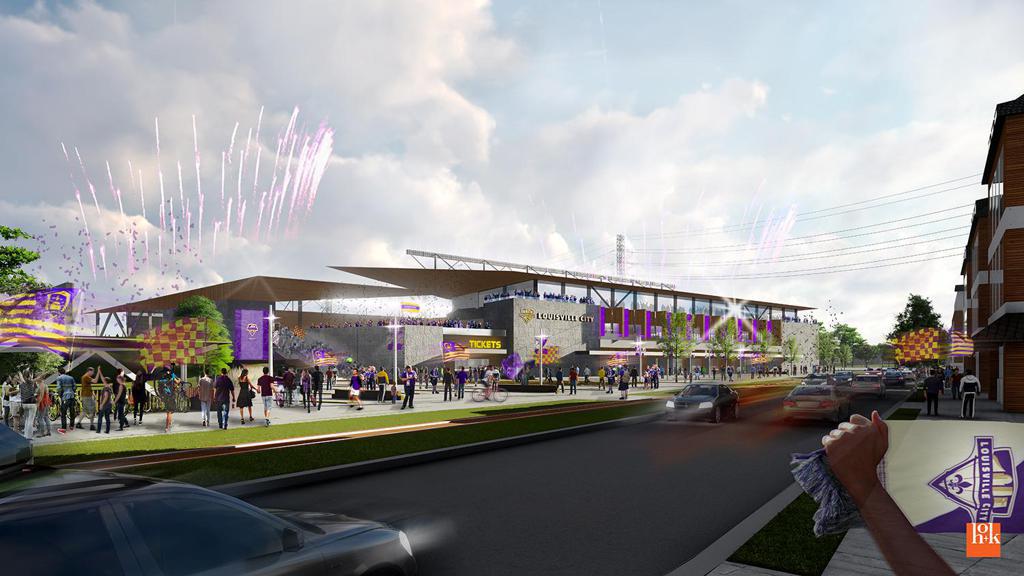 This is an exciting, worthwhile project that takes an underused, very visible swath of land and creates a vibrant new stadium district that builds on the momentum downtown, in Nulu and Butchertown. This is a smart opportunity, and when smart opportunities to move our city forward come up, we’re going to grab them.

Louisville City FC (LouCity) will build the US$50m stadium and serve as developer of the overall project, which will include retail, a hotel and offices, built by private investment.

Louisville Metro Government’s sole investment is US$30m to purchase the land for the development and do brownfield remediation and public infrastructure improvements. The project is expected to increase hotel, restaurant and retail amenities nearby and create a ‘stadium district’ where the new soccer-specific stadium, Louisville Slugger Field and the Yum! Center – home of the University of Louisville’s Men’s Basketball program – are all within blocks of each other and along the same line of sight.

The city’s US$30m portion will be covered by general obligation bond – US$25m to buy the land and US$5m as a contribution to brownfield remediation and public infrastructure. No Metro tax dollars will be used for stadium construction. In fact, LouCity will pay US$14.5m back to the city over 20 years from sales of land, rent from leases of land, and stadium rent. In addition, if the stadium hits certain financial markers, the city has an opportunity to share in the upside of that growth, up to US$2m.

On behalf of Louisville City Football Club, Chairman and President, John Neace, thanked Mayor Fischer and Louisville Forward for their commitment to the growth of professional soccer in the city.  He said:

Today marks another important step in our vision to be the best United Soccer League club in the country, with the ultimate goal of bringing Major League Soccer to Louisville. We look forward to building a world-class soccer stadium and surrounding development that continues revitalization in the Butchertown neighborhood.

With Metro Council approval, the city will work with LouCity on an application to the Kentucky Economic Development Finance Authority (KEDFA) for a mixed-use TIF for the project.

To be eligible for state participation in a TIF, the local applicant (the city) must have some financial participation in the project; in this case, the city’s participation would be the money spent on land acquisition, brownfield remediation and debt service of the bonds to pay for the land.

The city will not commit any of its local property tax revenues to be included in the TIF.

Construction of the project will comply with Metro Ordinance 37.75 with respect to minority, women and local participation goals: 20 percent minority participation, 5 percent women participation, with 75 percent of the work going to residents of the Louisville MSA.

Since its establishment before the 2015 USL season, Louisville City FC has become one of the USL’s model clubs. With five games to go in the 2017 USL regular season, the side has already clinched a berth in the USL Cup Playoffs for a third successive season, and it is vying for its first silverware as it continues its pursuit of the 2017 USL Regular Season Championship on Sunday, when it visits Ottawa Fury FC at TD Place. 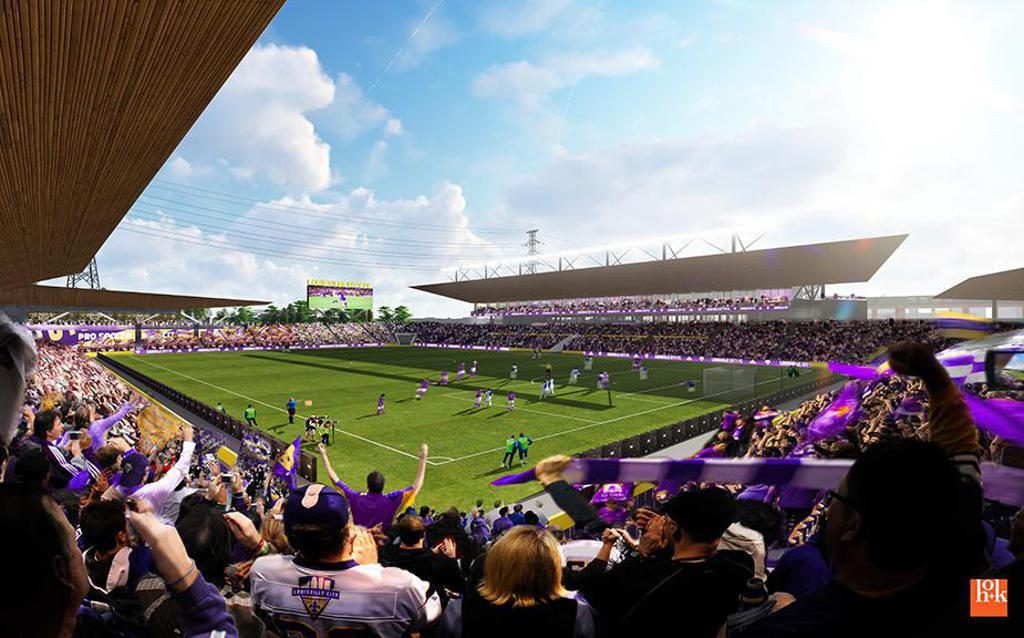