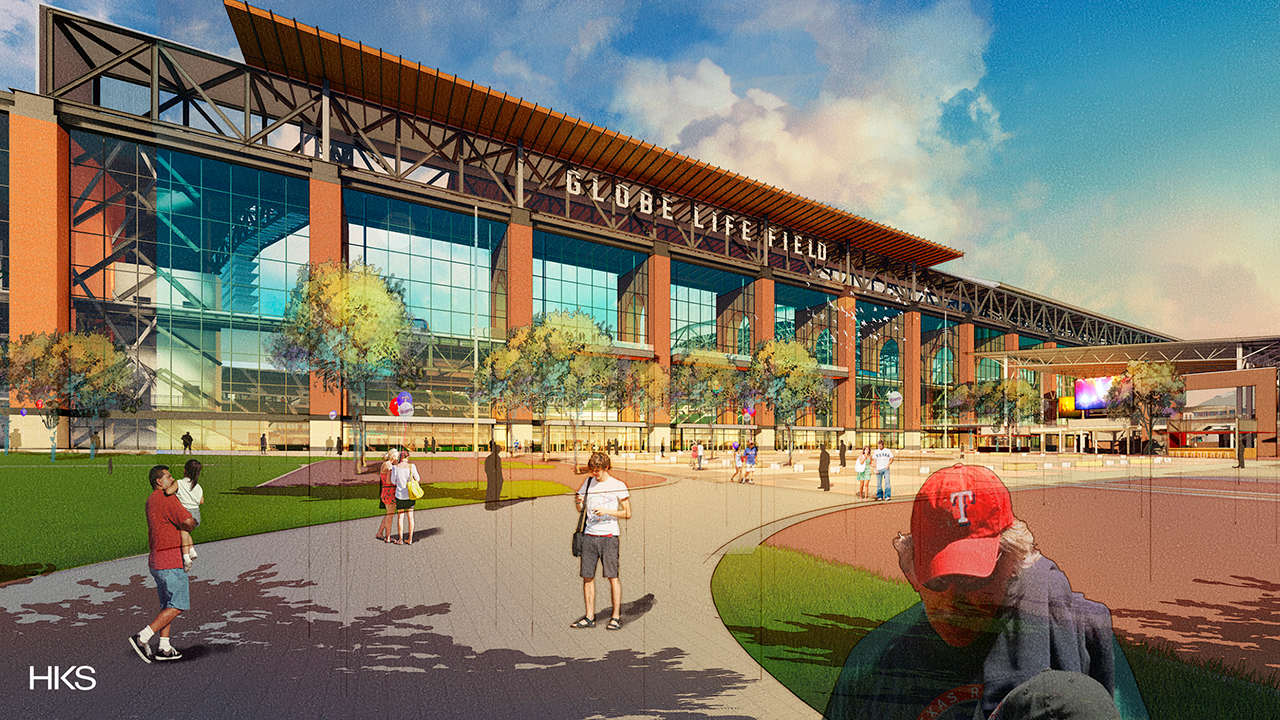 The Texas Rangers have unveiled the most up-to-date renderings of their new ballpark – that is being built as a public-private partnership between the City of Arlington and the club – as construction gets underway.

The Texas Rangers and Globe Life And Accident Insurance Company (Globe Life) announced last month an extension of their naming-rights partnership for the team’s new US$1.1bn ballpark, which sees the deal extended through to 2048.

The newly-monikered ‘Globe Life Field’ will not only be the team’s new home but also a multipurpose sports and entertainment venue that will include capabilities for hosting high school, college and international sports, as well as entertainment tours.

HKS, which is both a nationally- and internationally-renowned sports and entertainment design firm with its main headquarters in Dallas, USA, served as the architect-of-record on then The Ballpark in Arlington, which opened in 1994, and were named as the designers for the new Globe Life Field ballpark project at the beginning of the year.

For us, the new Texas Rangers Ballpark development is very special. It carries its own rich identity based on a combination of tradition, heritage, character and ambition that will ultimately represent itself as the premier destination in North Texas. We are delighted to be part of this exciting new development that will impact not only the Texas Rangers and their fans, but the city of Arlington and the entire region for many years to come.

HKS has an outstanding track record of designing iconic sports facilities, both in North Texas and around the country. HKS’ vision for this new facility will incorporate all of the features that will make this venue the best in Major League Baseball. We look forward to working with them to achieve that result.

The design for the new ballpark, which is being built on what was a team parking lot south of Randol Mill Road, will include a retractable roof for climate control and shelter for fans during the hot summer months. The new venue – designed with a street-side that is different than anything in baseball – will complement and enhance the fabric of the surrounding Texas Live! development – a mixed-used entertainment district featuring dining, entertainment, a hotel and a convention centre.

With the design phase of the ballpark now complete, construction is all set to begin later this week, with the facility slated to open in time for the start of the 2020 Major League Baseball (MLB) season.

The master agreement for this Public-Private Partnership (PPP) calls for a 50-50 split between the Texas Rangers and the City of Arlington, with the City’s financial contribution capped at US$500m. Arlington’s ballpark bonds to finance the project were approved by voters in a City referendum on November 8, 2016. The Texas Rangers’ 30-year lease on the City-owned Globe Life Park in Arlington was set to end in 2024. With the new master agreement, the Rangers’ partnership with Arlington extends until January 1, 2054.

HKS, ranked as one of the top sports and entertainment design firms by BD World Architecture, has ushered in a new generation of multi-revenue-generating, world-class sports facilities. The group’s ballpark portfolio includes Miller Park in Milwaukee, Wisconsin; U.S. Cellular Field renovations in Chicago, Illinois; and Dodger Stadium renovations in Los Angeles, California. The firm is also well-known for its designs of the new NFL U.S. Bank Stadium in Minneapolis, Minnesota; the top-grossing AT&T Stadium in Arlington, Texas; and the Indianapolis Colts’ Lucas Oil Stadium in Indianapolis, Indiana. These venues are known for enhancing and leveraging team brand, delivering an enhanced fan experience and serving as destination environments. 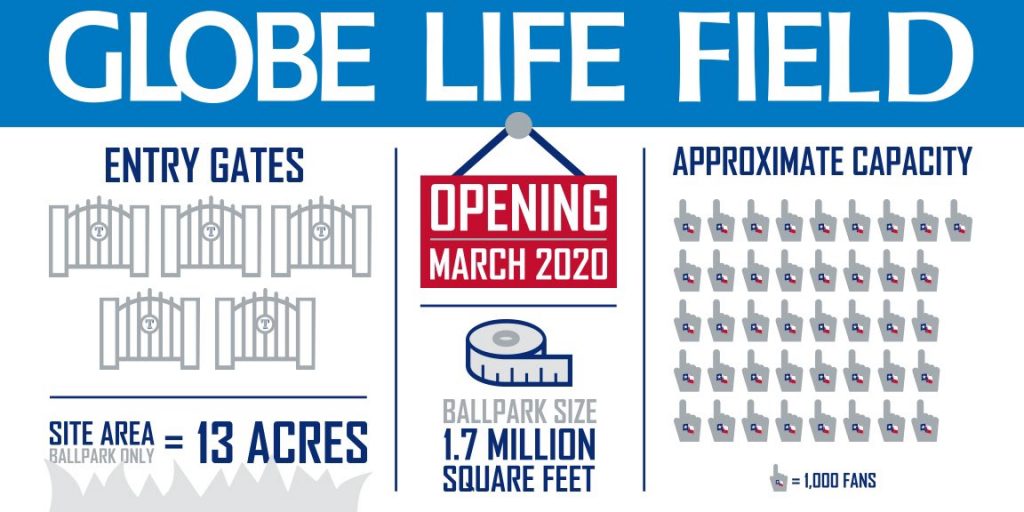 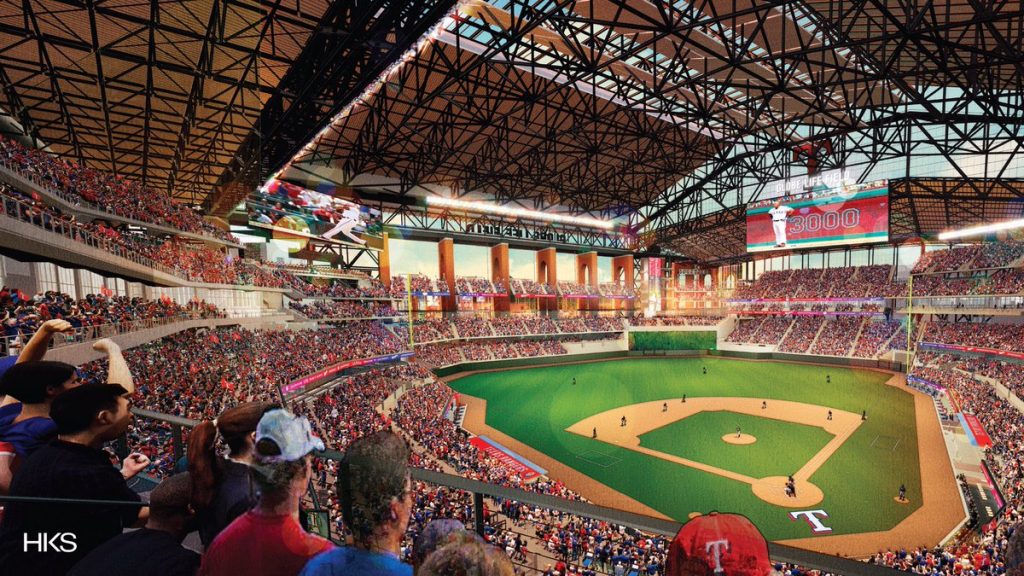 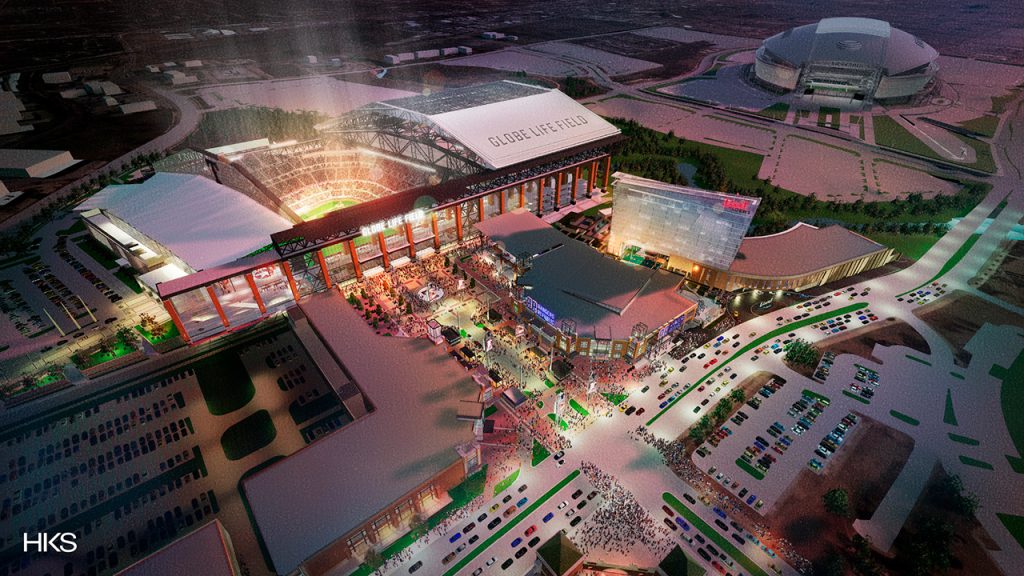