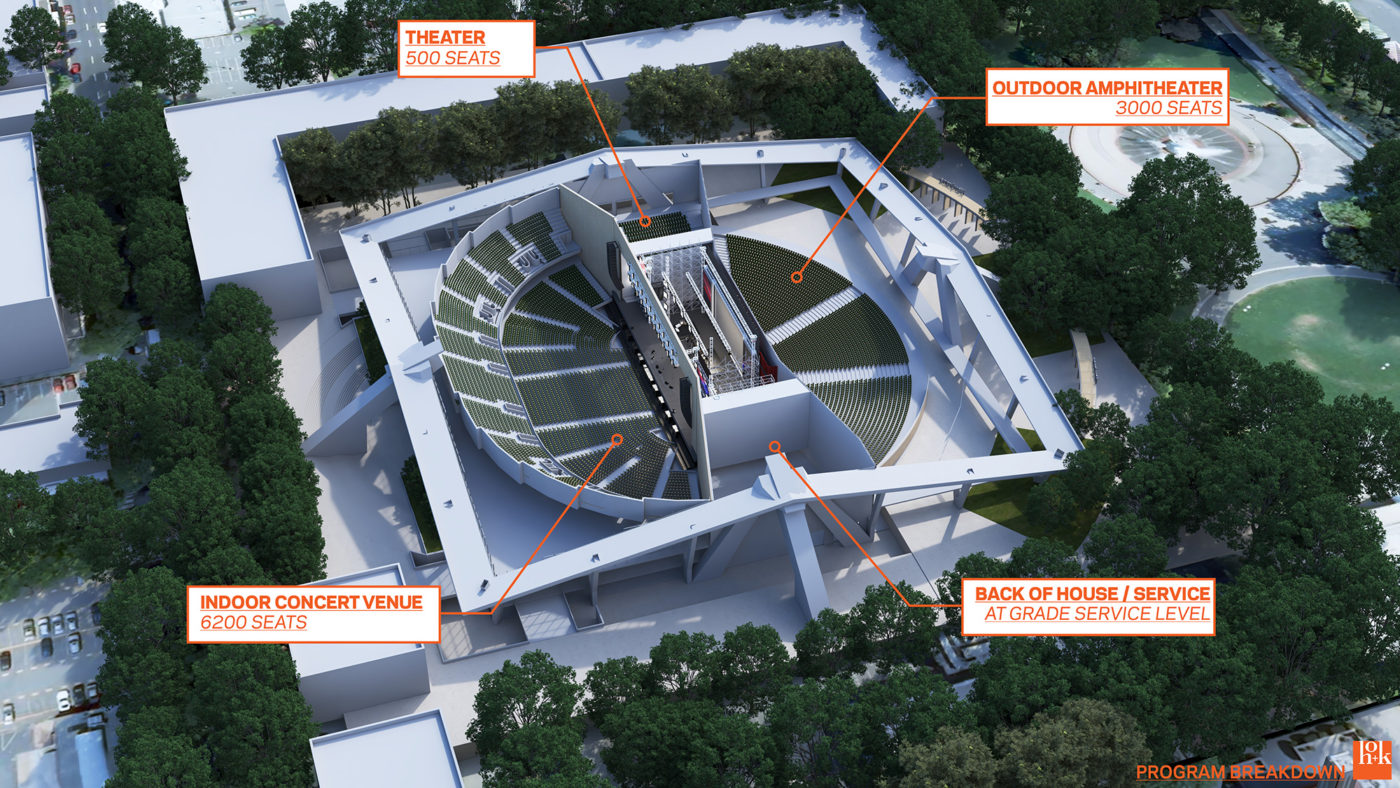 The Sonics Arena Investment Group has made an offer this week to privately develop KeyArena into a mid-size concert venue, following completion of the new SoDo Arena.

We believe our creative, privately financed proposal offers an ideal solution that ensures the continued vibrancy of the Seattle Center, while minimizing the negative impacts on the surrounding residents, businesses, and stakeholders.

The key highlights of our proposal are as follows:

Three New Venues at KeyArena Site: As shown in the attached drawings and animations, following the completion of the construction of the SoDo Arena, we would develop KeyArena into two mid-size concert venues and a 500-seat theater. KeyArena would effectively be split in half, with a 6,200-seat indoor concert venue on one side and a 3,000-seat outdoor, covered amphitheater that flows outward toward the Seattle Center fountain on the other side.

Complement to SoDo Arena: We believe these new venues would be a perfect complement to the larger SoDo Arena’s 16,000-21,000-seat flexible capacity. It would also address the City’s need for a mid-size concert venue and amphitheater. We believe the combination of a completely new and modern SoDo sports arena and the new Seattle Center Venues is vastly superior to a single, site-challenged sports venue at KeyArena.

Additional Parking: By raising the floor, we would add over 500 permanent parking stalls, which could be used for both day and event parking.

Minimizes Negative Impacts: We believe the reduced capacities and added parking for these two venues would greatly reduce the traffic and transportation impacts on the surrounding residents and businesses that plague alternative proposals to redevelop KeyArena.

Privately Financed: Our group would cover all construction costs, ongoing capital improvement costs, and cost overruns. We would not seek any public financing or public subsidies except for negotiating a mutually agreed upon long-term ground lease for the arena site. There should also be a short-term waiver of admissions taxes on the arena if an NHL or NBA team plays there as a temporary home during the construction of the SoDo Arena.

Preserves KeyArena Optionality: Our proposal would also ensure the city has a venue that can host an NBA or NHL team as an interim solution if an opportunity to acquire a team materializes in the next three years. If KeyArena was demolished, we do not believe there is an alternative venue in the area that would meet either league’s standards. We also wanted to reiterate that we would welcome the opportunity to work with an NHL partner, to host professional hockey at the SoDo Arena.

The statement carries on to say:

We would also like to make clear that our proposal is an offer to the City of Seattle – not a demand. There has been some legitimate concern on the part of the City as to the future of KeyArena and the Seattle Center, if a new SoDo Arena was completed.

We have always been committed to helping the City find a long-term solution for KeyArena, and under the old MOU had dedicated $7 million to help the city determine a long-term solution. Now, with the MOU expiring in December and the City evaluating a plan to develop KeyArena into a publicly subsidized sports arena, we felt compelled to offer an alternative solution that we believe better meets the needs of the City, the Seattle Center, the Lower Queen Anne neighborhood and prospective professional sports’ tenants. 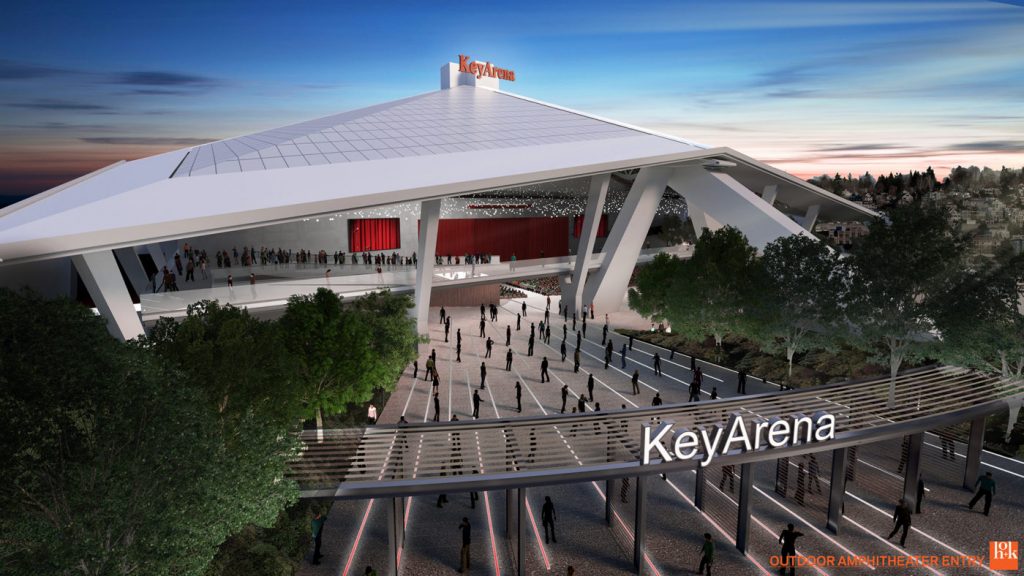 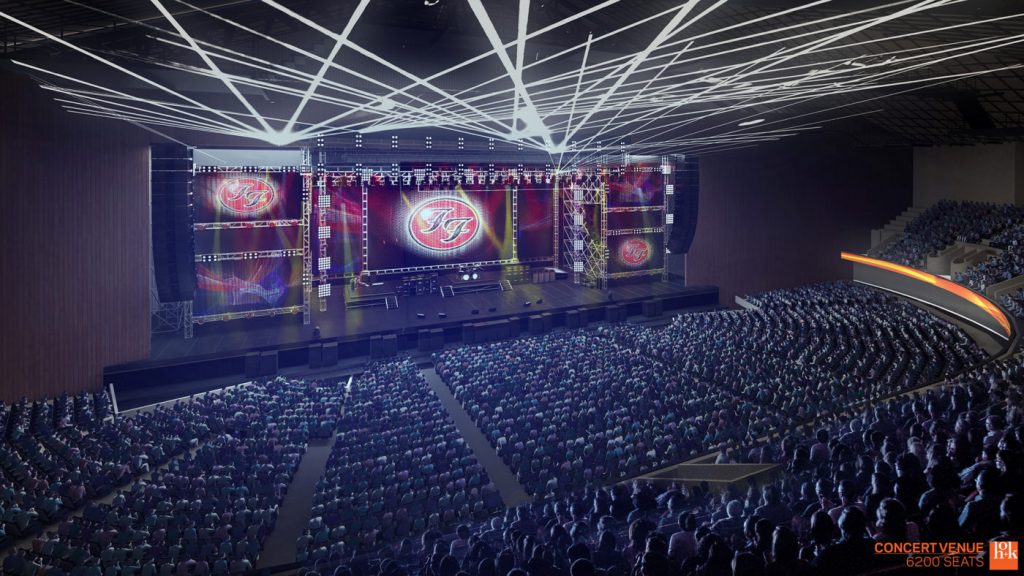 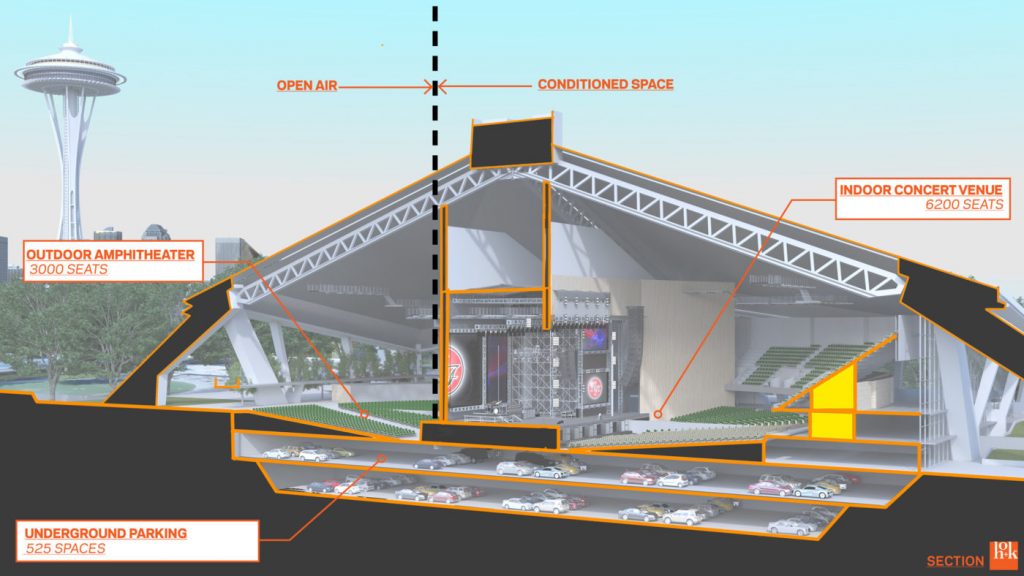 The Sonics Arena Investment Group has a demonstrated record to bring the NBA and NHL back to Seattle. Since 2011, the group has spent more than US$100m to acquire land in Seattle’s Stadium District, procured a lengthy environmental review, obtained several traffic, parking and economic impact studies, and received plan approvals from both the Downtown Design Review Board and the Seattle Design Commission.

The committed local ownership group bid on the only NBA franchise to come up for sale since this process started — a bid that included a US$30m non-refundable deposit. There have also been a number of discussions with potential NHL ownership groups and, most recently, an agreement to privately fund the arena.

The Sonics Arena Investment Group is headed by Seattle native entrepreneur Chris Hansen, as well as former Seattle SuperSonic Wally Walker, Erik Nordstrom and Pete Nordstrom, and Seattle Seahawks quarterback Russell Wilson. Together, they are committed to making the SoDo Arena a lasting landmark for Seattle’s NBA and NHL teams to call home, as well as a preeminent concert destination for world-class shows and entertainment.