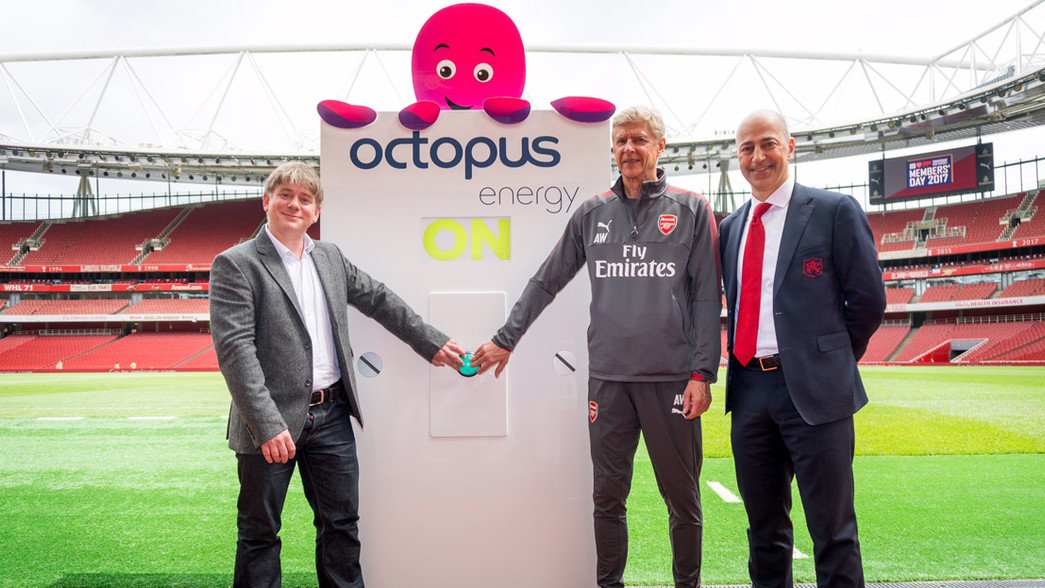 Joined by Octopus Energy CEO, Greg Jackson, a picture was taken to mark the year-long efforts and commitment to be the first club in the English Premier League (EPL) to switch to ‘green’ energy.

Emirates Stadium has a water supply which is recycled and used to reduce waste, and all food waste is sent to an anaerobic digestion plant where it is turned into more energy that will in turn supply the club.

Octopus Energy has a network of solar farms and anaerobic digestion sites that have helped Arsenal save 2.32 million kg’s of C02 per year, the equivalent weight of a 183 double-decker buses, or the annual C02 emissions of 580 fans.

On June 5, as part of the ongoing partnership, Arsenal and Octopus Energy also celebrated the United Nation’s World Environment Day by planting a sweet gum tree just outside the Emirates to kick off the Company’s initiative to plant trees in schools across the UK.

It is important we all take steps in this area and I am pleased that we have switched to green energy as a result of our partnership with Octopus Energy.

Green energy is at a tipping point, the technology to create electricity from renewable sources is now so efficient, that we can offer ‘green’ energy to our customers, which is cheaper than many ‘non green’ tariffs. Being ‘green’ doesn’t have to cost the earth.

We have been delighted to work with such an awesome club as Arsenal, and are looking forward to continuing our partnership into the future.

Octopus built its first solar generation plant in 2011 and has gone on to build another 154 in the UK. The firm offers a Super Green tariff that offers 100% renewable electricity and full carbon offsets for gas, leaving the customer with no footprint on the planet.