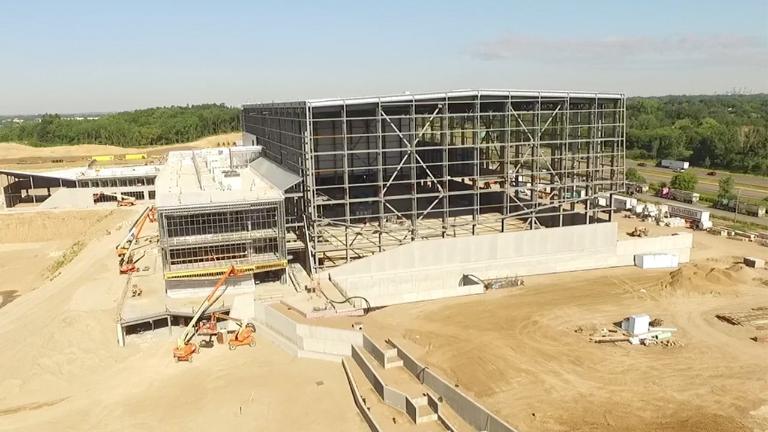 The Minnesota Vikings have announced their intention to host the Verizon Vikings Training Camp at the Twin Cities Orthopedics (TCO) Performance Center beginning in 2018. Contingent on construction of the team’s new training facility and headquarters in Eagan, MN, scheduled to be completed in March 2018, the decision means the 2017 training camp will be the team’s 52nd and final season at Minnesota State University, Mankato.

Over the past 52 years we have formed incredible relationships with Minnesota State University, Mankato, the City of Mankato, and the entire community, and those partnerships made this decision difficult. With our increased space and amenities, the Twin Cities Orthopedics Performance Center will give our players, coaches and staff the best opportunity to succeed, and we feel hosting training camp at our new home is the proper move for the organization and Vikings fans. We strongly believe it is important to make this announcement now so we can truly celebrate 52 years with our Mankato partners this summer.

To commemorate the 52-year run, the Vikings have additional items planned for this year’s training camp, including the following:

On behalf of Minnesota State University, Mankato, I want to express a sincere thank you to the Minnesota Vikings for 52 years of training camp on our campus. As we prepare to celebrate the University’s 150th anniversary in 2018, it’s noteworthy to point out that we have been a Vikings partner for more than 1/3 of our institution’s history. We have greatly appreciated our relationship with the Vikings through the years, and we will cherish the memories. I invite fans from Minnesota and beyond to join us in enjoying one final Vikings training camp this summer at Minnesota State Mankato.

The Vikings intend to keep future training camp practices open to fans at the Twin Cities Orthopedics (TCO) Performance Center. Details will be made available at the appropriate time.