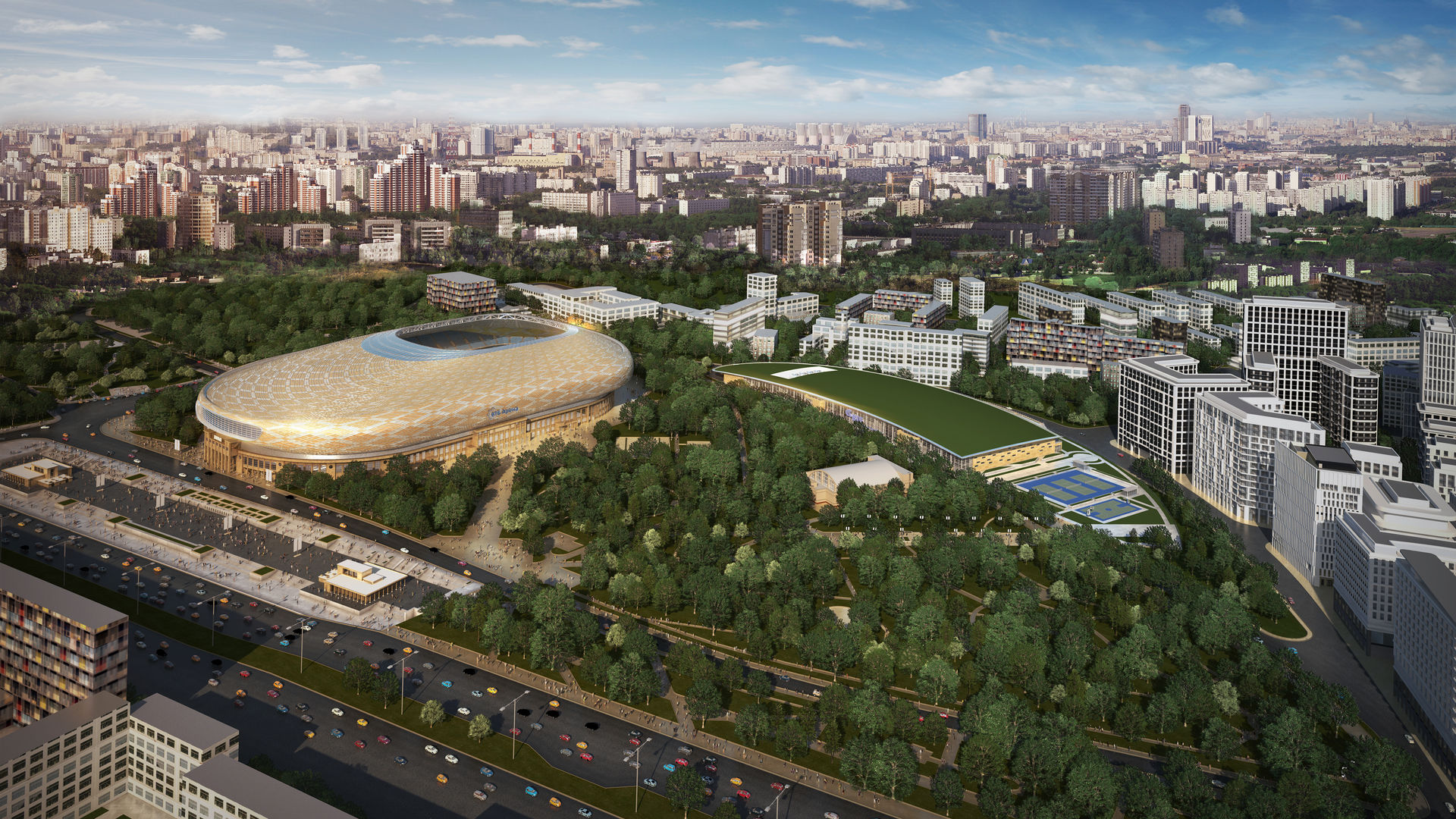 Engineering company LANIK has been hired to create the façade for the new sports centre of FC Dynamo Moscow, which will boast not only a soccer stadium but also an indoor arena with an ice hockey rink.

LANIK’s award includes the design, construction and assembly of a 22,000m2 roof for the facility, which will weigh some 450 tons. The façade will be comprised of a spatial steel structure and an exterior cladding with aluminium profiles and polycarbonate panels.

The project is a challenge in itself due to its sheer size, complexity and location.

LANIK has validated the façade at the TECNALIA Laboratories, which has characterised the spatial roof structure, as well as the façade cladding.

At the Mechanical Testing Laboratory of the Materials Area, TECNALIA has performed the mechanical characterisation of the structural components, assessing their performance even under the most extreme temperatures of harsh Muscovite winters by running tests at temperatures ranging from room temperature to subzero (-40 ºC).

In parallel, TECNALIA characterised the façade cladding against wind at the Façade Laboratory, considering both pressure and suction. The result of these tests revealed that this cladding can withstand winds of up to 200km/h.

These tests were performed at TECNALIA’s facilities and thus guarantee that the materials used to manufacture the structure can withstand the load of the cladding and the façade of the facilities.

TECNALIA also verified that the panels and profiles of the cladding will not fall out due to strong gusts of wind, thus avoiding hazards if these pieces were to fall damaging the audience and/or the pedestrians who may be in the area. 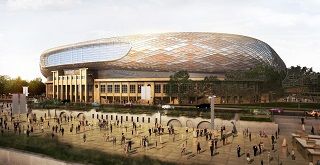 The Dynamo Central Stadium was always Russia’s top sports Mecca from the very first day of its existence. The main objectives of the stadium redevelopment project were therefore to restore the grandeur of the stadium, to revive its former glory, and to win back thousands of its devout visitors.

VTB Arena – Dynamo Central Stadium will combine two venues under one roof: the Arena and the Stadium, along with the entertainment and leisure complex designed for convivial and gripping pastimes before and after the sports events. The venue will become a place where visual appeal is the main criterion of what is going on.

In 2010, VTB Arena park project executives engaged the specialised design services of MANICA Architecture, which is headed up by its founder and renowned architect,  David Manica. The development of the project concept has been tailored to improve the functionality of the building and ensure its constructability, so that ultimately all efforts result in a unique sports and entertainment complex.

Among the other sports projects delivered by MANICA Architecture there are: Lusail World Cup 2022 Stadium (Doha, Qatar), Mercedes-Benz Arena (Shanghai), Beijing Olympic Basketball Arena (Beijing, China), and stirring the imagination at The O2 Arena in London.

VTB Arena park is one of the most fascinating and exciting projects that I have ever had a chance to work on. If you look at the facilities and buildings that have already been constructed throughout the world you will not find any venue absolutely similar to this one. Integrating a large sport stadium and a multi-use arena that look as if they are ‘hung’ above the retail and entertainment center and the preserved historic wall of the stadium, this project is undoubtedly a new reference standard for similar development projects throughout the world. VTB Arena park will be a place for the city residents and visitors to the capital to enjoy throughout the year for many decades.

The project involves the integration of innovative ideas, new technologies and materials. The roof, for instance, will be made of transparent materials application of which has only become possible over the last 2 decades and a huge glass wall with in-built LED strips allowing the glass to be transformed into a gigantic video screen at night, which will be installed over the South façade facing Leningradsky avenue and Dynamo metro station.

The total capacity of VTB Arena – Dynamo Central Stadium will be 26,319 seats, with 3 different configurations: 11,488 seats for hockey, 12,770 seats for basketball and 14,000 seats for concerts, with the conversion process between the configurations taking only a few hours.

In terms of technical equipment, the venue will be the most cutting-edge concert stage in Moscow, with the project team having examined all known technical riders of modern world shows and, taking the international experience into account, and formulated respective technical requirements for the reconstruction of this historic stadium.

The total area of the entertainment and leisure complex is 30,000sqm and it is planned that underground parking will be built offering space for some 733 vehicles.

The opening of VTB Arena – Dynamo Central Stadium is scheduled for October 22, 2018, to coincide with the birthday of Lev Yashin, the best goalkeeper ever according to FIFA, an occasion that will be suitably marked by the first match hosted at the renovated stadium.