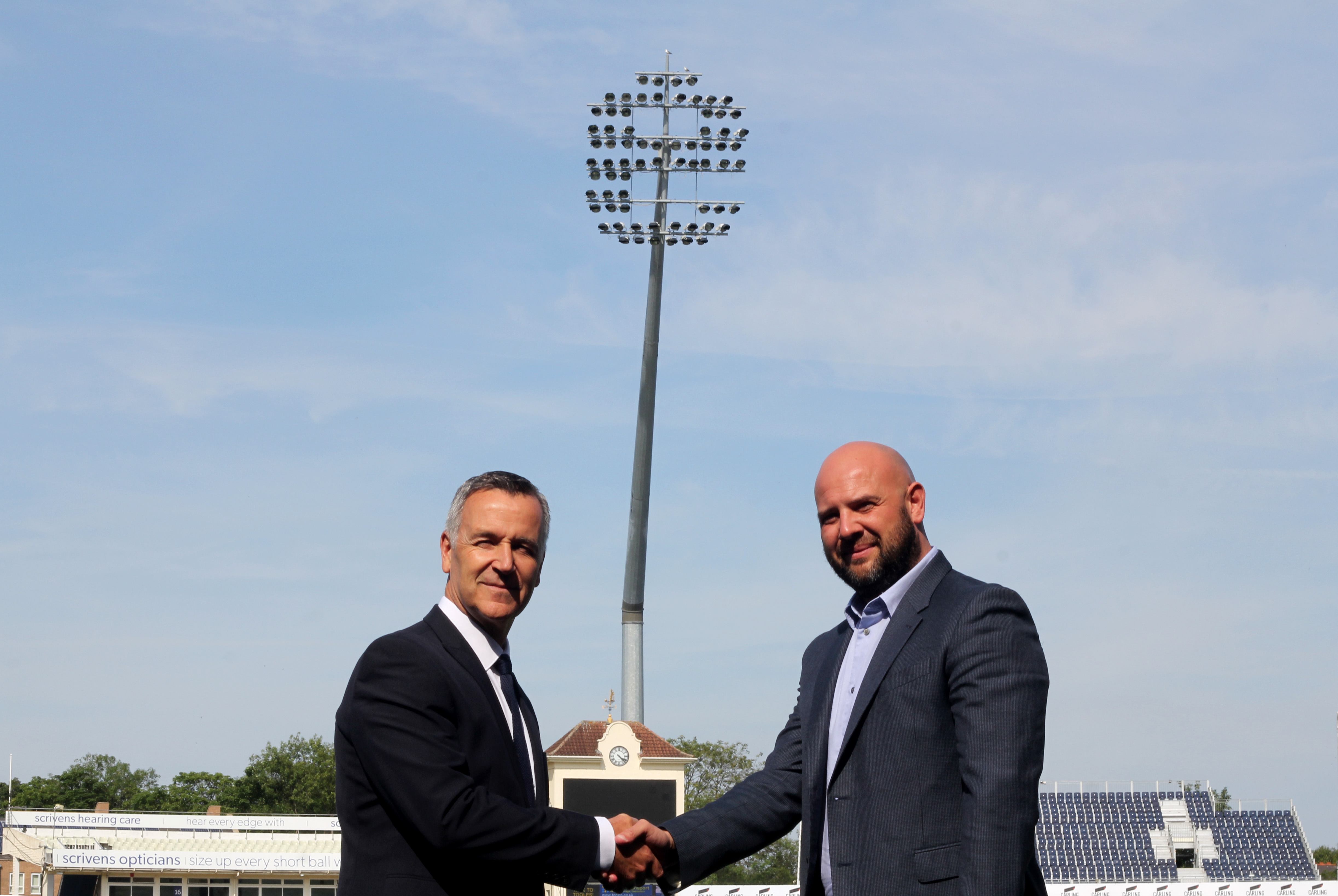 Ahead of England’s inaugural Day/Night Investec Test match against the West Indies in August, Edgbaston Stadium has agreed a new commercial partnership with Abacus Lighting, which includes service and maintenance of the stadium’s floodlights.

Abacus, which partnered with Edgbaston for the installation of the stadium’s first permanent floodlights as part of a GBP£32m redevelopment project in 2011, has recently completed a full service of all five lighting masts and will receive stadium branding as part of the deal.

Edgbaston is set for one of its biggest ever programmes of major match cricket this summer, having hosted five matches in the ICC Champions Trophy in June, and England’s first Day/Night Investec Test match and NatWest T20 Blast Finals Day in the coming weeks.

It’s been great to work with Abacus as part of our preparation for such an important summer and we look forward to working with its team.

We are delighted to be enhancing our longstanding relationship with Edgbaston through the agreement to be ‘sole lighting provider’.

We are proud to have designed, manufactured and installed the iconic Edgbaston lighting system in 2011 and are pleased to be entering into a long-term agreement to maintain the system on behalf of Warwickshire CCC. We wish Edgbaston and Warwickshire CCC every success with the forthcoming season and look forward to the spectacle of the first Day/Night Investec Test match in the UK.

Edgbaston is set to host 28 days of major match cricket over the next three summers. In 2018, the legendary Birmingham venue will host England’s Investec Test match against India, a NatWest International T20 against Australia and NatWest T20 Blast Finals Day.

Edgbaston will host five matches in the ICC Cricket World Cup in 2019 (CWC ’19), along with the return of the Investec Ashes Series.

*We will be bringing you an in-depth interview with Gareth Roberts, Commercial Director, Warwickshire County Cricket Club, in the coming days. So watch this space!