Tottenham Hotspur FC (THFC) has selected Hewlett Packard Enterprise (NYSE: HPE) as its official IT Networking and Wireless Infrastructure Partner for their new, world-class stadium. Set to open in 2018, it will be one of the most technologically advanced stadia ever built, delivering an enhanced event day experience for all visitors.

The new state-of-the-art venue will be the largest football club stadium in London, with a capacity of 61,559 and will also host other major sport and entertainment events such as NFL games and concerts. Since planning for the new stadium began, THFC has been committed to driving innovation and using modern technology to enhance the in-venue experience for every visitor. As a result, the stadium’s IT infrastructure is being incorporated from the ground up, enabling connectivity across the entire venue for visitors and flexibility to cater for future demands.

Creating a technology infrastructure to support an enhanced visitor experience requires solutions that can meet the growing demands of visitors that come to our new stadium. We believe Hewlett Packard Enterprise can support us on the journey in building one of the most technologically advanced stadiums in the world.

Tottenham Hotspur realise that being digital from the ground up is imperative to transform its fan experience. We are thrilled to support Tottenham Hotspur in this journey, using our intelligent edge solutions and Pointnext expertise to help build the foundation for a truly digital stadium. Our partnership with the Club will help enable future innovation and the ability to provide an enriched, unique environment for stadium visitors.

The new state-of-the-art venue will be the largest football club stadium in London, with a capacity of 61,559 and will also host other major sport and entertainment events such as NFL games and concerts

Founded in 1882, Tottenham Hotspur Football Club has a tradition of playing an entertaining and attacking style of football. The team has achieved five top five English Premier League (EPL) finishes in the past seven seasons and has a multi-national squad of players.

The Populous-designed stadium will feature a retractable grass field for Tottenham Hotspur home fixtures, with an artificial surface underneath that will be multi-use and capable of hosting NFL matches, concerts and other high-profile events. 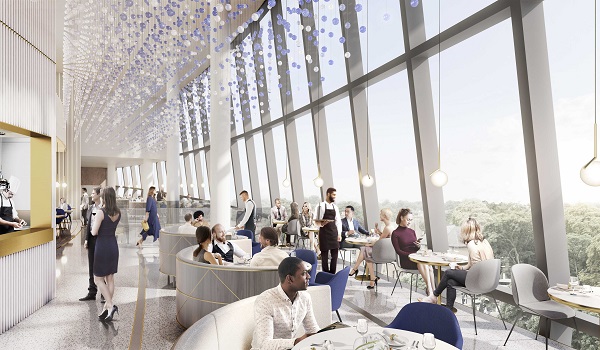 Tottenham Hotspur released the first images of the premium experiences inside their new stadium back in January. One of the premium spaces, the Sky Lounge on level nine, will offer panoramic views of the pitch and across London 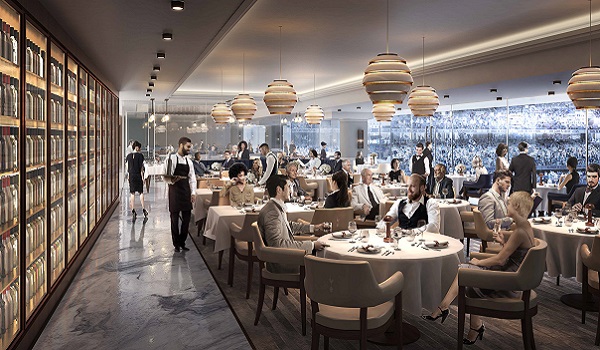 One of the premium spaces, the H Club, will offer Michelin star calibre dining and the chance to dine with Club legends 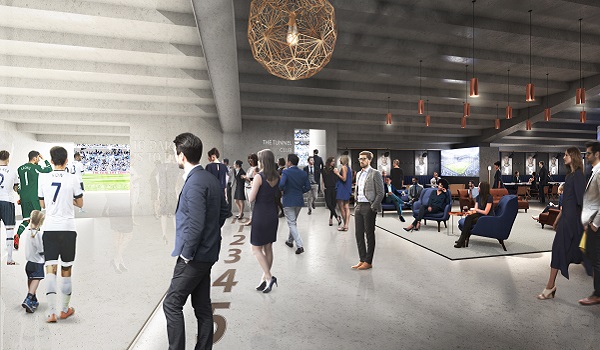 With a capacity of more than 61,000, Populous have worked hard with the Club to ensure that the fan experience and stadium atmosphere are at the heart of the design. A 17,000 single tier stand, the largest in the UK, will generate ‘a wall of sound’ coupled with a tight atmospheric bowl ensuring spectators are closer to the pitch than at any other comparable ground in the UK with uninterrupted views for all at every event.