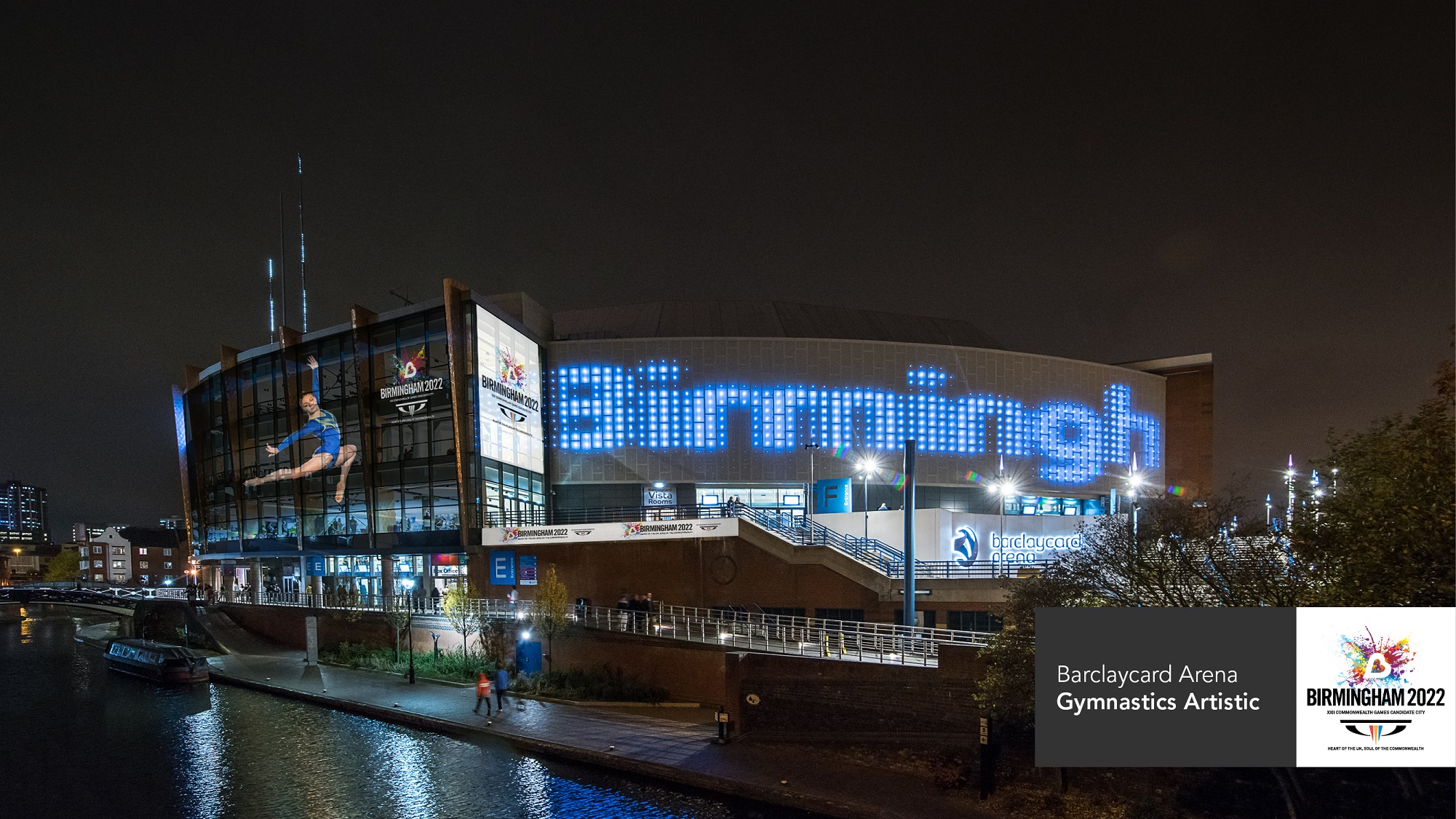 Birmingham has today revealed four indoor arenas in the Birmingham and Solihull area that will play a pivotal role in delivering its Commonwealth Games 2022 bid. These venues were selected following careful assessment of Commonwealth Games Federation guidelines regarding athletes’ needs, the technical specifications, seating capacity and Games-time logistics.

As part of the selection process, the bid committee looked closely at how to utilise Birmingham’s wealth of existing sports venues and facilities, ensuring connectivity and accessibility and maximising spectator numbers.

Central to Birmingham’s bid is the internationally-recognised NEC, situated on a site which also includes the Genting Arena with a combined total of 200,000sqm, it is the UK’s, and one of Europe’s, largest indoor facilities. The NEC has excellent public transport links to central Birmingham and New Street Station and Birmingham International Airport, as well as being located in the heart of the UK’s motorway network.

Three of the NEC’s largest halls will host Boxing, Judo, Table Tennis and freestyle Wrestling. Halls 1, 4 and 5 have been selected to provide an optimal configuration, creating a compact multi-sport venue requiring minimal build requirements. The NEC, part of the NEC Group, brings with it almost 2,000 employees providing event management expertise, and robust back of house infrastructure and facilities.

The NEC Group has over forty years’ experience, operating 750 major events and attracting seven million visitors each year. In addition to the NEC, the Group also manages the Genting Arena, which will host Badminton, and the Barclaycard Arena in Birmingham’s city centre, which will host Artistic and Rhythmic Gymnastics. 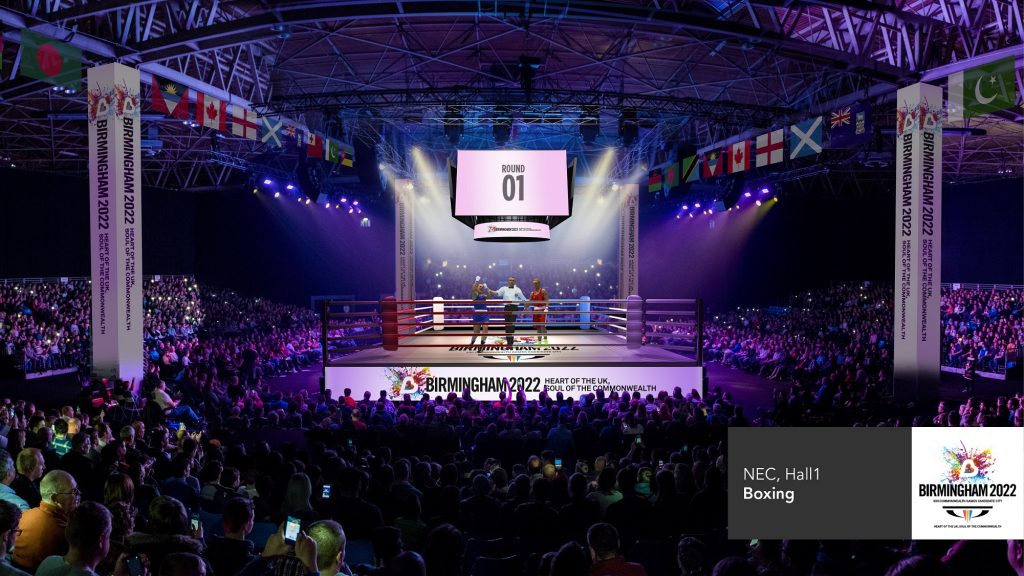 The NEC Group is one of the world’s leading venue operators and has been creating unforgettable live experiences for over forty years. Over that period, we have proven our ability to deliver by hosting over sixty international sports events such as World and European Indoor Athletics Championships, Davis Cup tennis, Yonex All England Badminton Championships, European and World Gymnastics Championships, International Netball and World BMX Championships, but in all that time Birmingham has not had the chance to host a major multi-sport event. We believe the time is right now.

We have a wealth of fantastic venues ready and able to deliver world-class events for 2022 including the NEC, Genting Arena and Barclaycard Arena and we are currently gearing up to host the IAAF World Indoor Athletics Championships in 2018 which further demonstrates our credibility and capability.

We have also invested significantly into our venues in recent years to set us apart from our competitors. We saw at the London 2012 Olympics how a major indoor venue could successfully host multiple sports events and how the public and athletes thrived on the opportunity to experience so many sports in close proximity with a compact Games proposition. We can deliver this and more and believe Birmingham is the only city that can deliver this for 2022. Not only that, but with exciting development across the city and our own ambitious plans to add new physical assets and leisure content, which will build on the opening of Resorts World Birmingham on the NEC site, there will be even more on offer for visitors.

Birmingham and Solihull have a range of indoor arenas and conference facilities, attracting millions of visitors to the city each year. In addition to the NEC, Birmingham will also use the following venues:

These four existing indoor venues alone will provide spectators with more than 500,000 opportunities to watch the action during Games time.

We have undertaken a rigorous process to identify the venues which meet the Games’ technical requirements and ensure we meet the athletes’ and spectators’ needs. These world class indoor arenas are central to our bid and contribute to the 95% of Birmingham’s venues which are already available. With a heritage of delivering world-class international events these four venues will provide over 50 days of competition for fans to enjoy during the Birmingham 2022 Games. 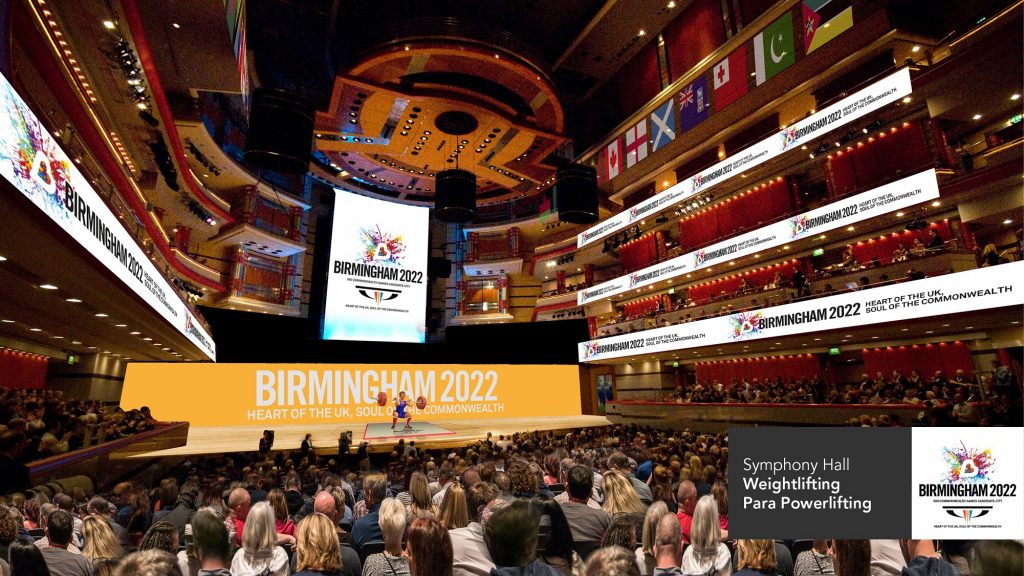 About the Birmingham 2022 Bid

Further details about the Birmingham 2022 bid will be revealed following the Evaluation Visit.

The proposed indoor arenas for Birmingham 2022 and sports they will host are: