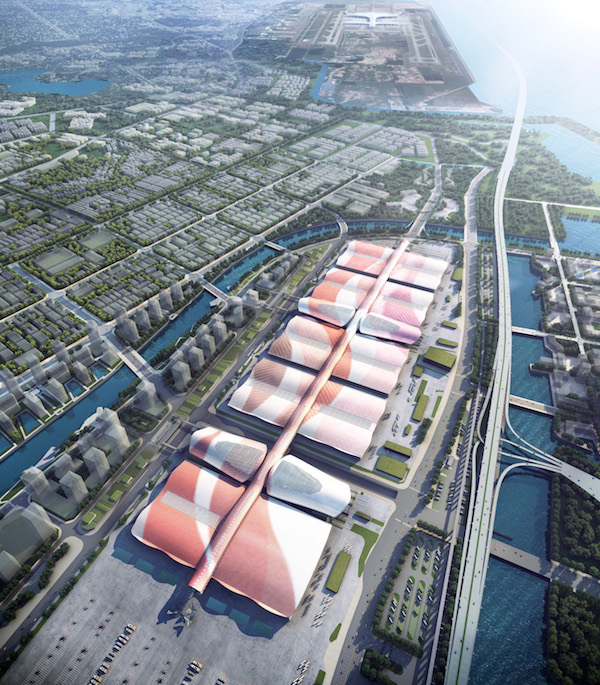 SMG, a leader in convention and entertainment venue management, announced that it has secured an agreement to manage a new exhibition and convention centre in Shenzhen, China.

The agreement marks a major milestone in SMG’s 40-year history, with the new Shenzhen World Exhibition & Convention Centre set to become not only one of the world’s largest convention centres but also the company’s new flagship venue in China’s growing trade show market.

We are honoured by our selection, which reflects our unique combination of resources, relationships and expertise in the industry. We look forward to operating a world-class facility in China’s most progressive international business centre.

SMG will work closely with China Merchants Shekou Holdings (CMSK) and OCT Group, the two Chinese companies that came together to win the bid from the Shenzhen Municipal Government to build the exhibition and convention centre.

We are excited to work with SMG to build Shenzhen World Exhibition & Convention Center into a global venue benchmark.

The new  Shenzhen World is part of a US$4bn land development deal, with the venue set to anchor an extraordinary new business and lifestyle district, featuring numerous hotel and commercial projects, including a retail and entertainment complex.

Shenzhen World is a very significant project for the Shenzhen government, and we have every confidence in CMSK and OCT to build and operate the venue. We hope that by leveraging the international experience and expertise of SMG, the venue can achieve a world-class standard with wide exposure on the global stage.

While we have entertained many inquiries from China in recent years, we were waiting for the right project and partner and believe we have found both in Shenzhen. As we expand our global footprint, this agreement will propel our international growth strategy.

Honoured to be leading the SMG team here in Shenzhen, China, to launch what will be the world’s largest exhibition & convention center – Shenzhen World!

The search for a permanent General Manager for Shenzhen World will begin immediately.

The project is under construction, and the first phase is targeted for completion in the first quarter of 2019.

Construction has gone smoothly since we broke ground in September 2016. The general contractor is already working on site, and the venue operation company has already been established. We are now busy with pre-opening work.

SMG’s management appointment for Shenzhen World is for a two-year preopening period and a 10-year management term.

​The new exhibition centre will cover an area of half a million square metres and will reportedly surpass the Hannover Exhibition Centre in Germany to be the world’s largest exhibition centre, according to the plans.

It is anticipated to alleviate the capability pressure of the existing Shenzhen Convention and Exhibition Center in Futian, which is said to be fully booked and unable to meet market demand, and to help boost the economy around the airport area.

The project, with focus on the function of hosting conventions and exhibitions, will integrate regional transportation hubs like airport, railways, and functional clusters closely related to airport economy, such as clusters for business and trade connected to convention and exhibition, innovative research and development, international logistics, will be developed.​​

​​On February 5, 2016, the decision committee for the Shenzhen International Convention and Exhibition Centre project bidding voted and announced that the design proposed by renowned French firms AUBE and Valode & Pistre Architects (VP) had won the bid. The industry advisor to the Shenzhen government is German company, JWC. 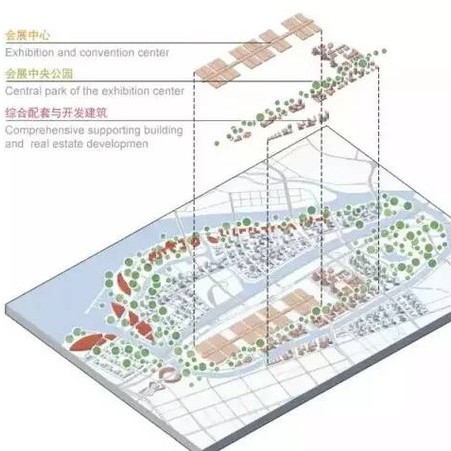