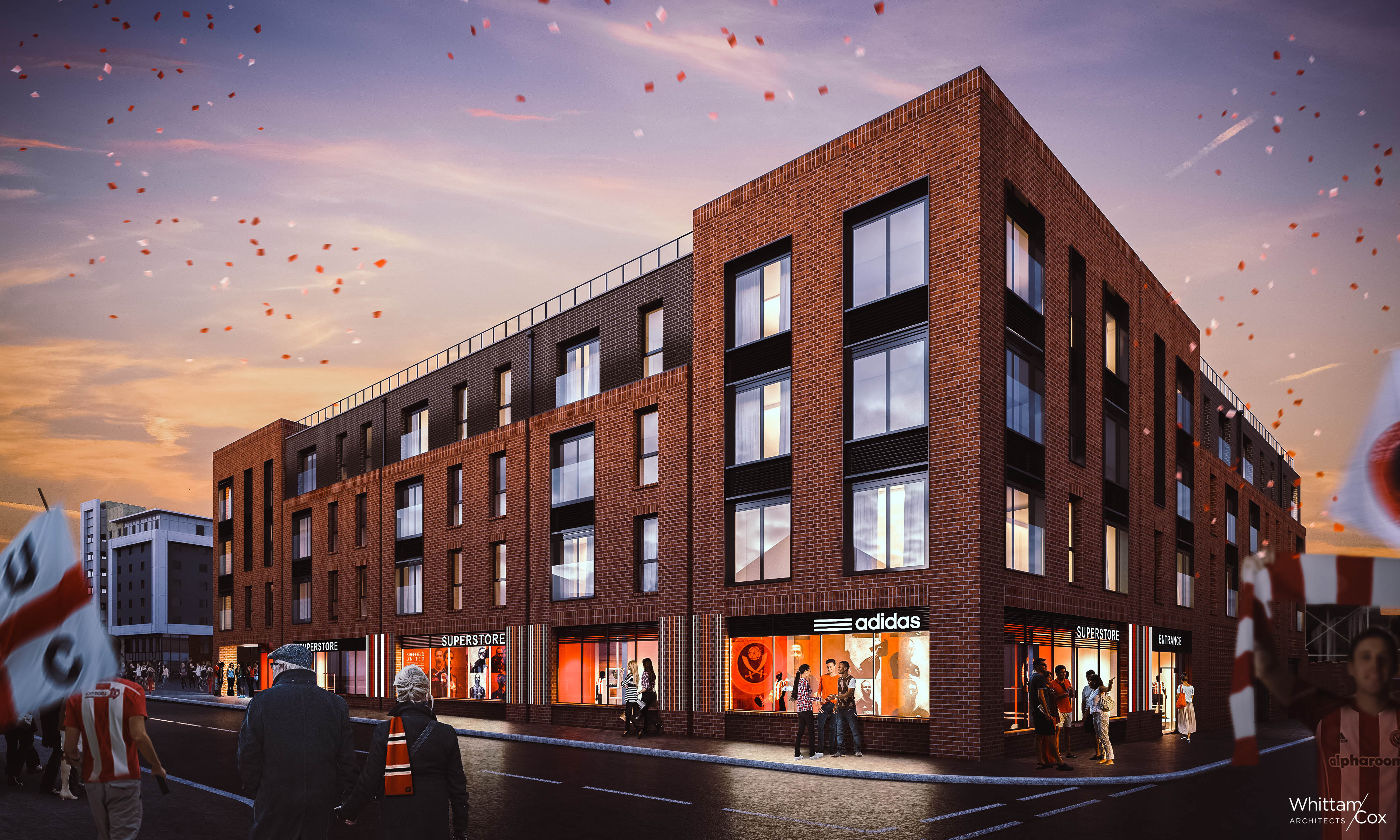 A scheme to further develop the land surrounding Sheffield United Football Club’s Bramall Lane stadium has been given the go-ahead by the local council.

The scheme – drawn-up by Sheffield United’s retained architects Whittam Cox – features in long-term business plans from the owners focusing on ever-improving stadium facilities contributing to the future business performance of the Club.

The development is part of a cohesive Masterplan for the Sheffield United estate, produced to ensure the various opportunities for development work successfully together.

Council approval of the planning application –  submitted in February – was welcomed by Sheffield United Director, Simon McCabe, who said:

The corner site we are developing could fulfil a dream for some of our supporters – a chance to live at the home of football! It will also enable the Club to expand the Superstore into a 21st century retail outlet.

Further development of the stadium area is a positive move to enhance income streams, ultimately supporting our plans for the key football side of the business.

The proposals come in the wake of extensive modernisation undertaken in recent years, including the installation of a state-of-the-art Desso GrassMaster pitch from Tarkett Sports, giving the Club greater use of the ground for events and other activities during close seasons.

Following on from completed projects such as the Westfield Corner Stand and Copthorne Hotel, we are delighted that, working with Sheffield United, we now have council permission to further enhance what is already a superb venue.

Sheffield City Council’s Head of Planning said in a report:

This is a well-designed scheme and does not have any significant impact upon the amenities of neighbouring residents on Cherry Street and Shoreham Street.

The report also acknowledged the scheme’s sustainable location and the development of a brownfield site.