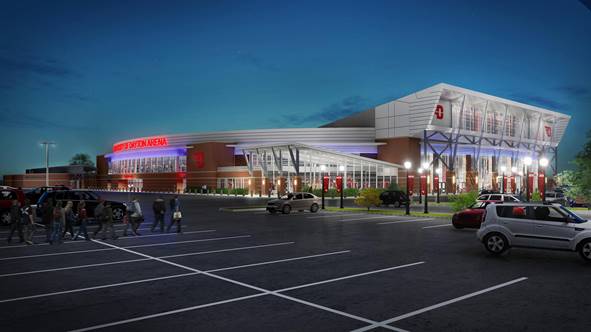 The environmentally conscious project has been approved by the University’s Board of Trustees and will be privately funded through philanthropy, corporate sponsorships, external private and business partnerships, ticket revenue and general university support. Gifts from lead donors are enabling the construction to begin now while fundraising continues.

This is not just a renovation; it’s a transformational project. UD Arena will turn 50 years old in 2019. For it to serve the community and as the home for Flyers basketball – as well as NCAA Tournament games – for the next several decades, it requires a bold, significant upgrade.

The soul of the arena will be maintained for all the reasons you have always enjoyed its at-home atmosphere. Yet at the same time it will feel like a new arena when construction ends in the fall [autumn] of 2019.

This critically important project will result in a state-of-the-art facility. The end results of the renovation will greatly enhance the fan and student-athlete experiences and dramatically improve the infrastructure while maintaining the current seating capacity.

The venue is an iconic community resource with an economic impact of upwards of US$10m annually. In addition to Flyer men’s and women’s basketball games, high school tournament games and the NCAA First Four, it is used for competitions such as the Winter Guard International World Championships, entertainment events, large-scale educational seminars and as a staging area for community projects.

UD Arena is the cornerstone in every UD students’ time as a Flyer – it’s the first University building they see as they exit Interstate 75 when they come to campus for the first time. And it’s the building in which they receive their diplomas when they graduate. 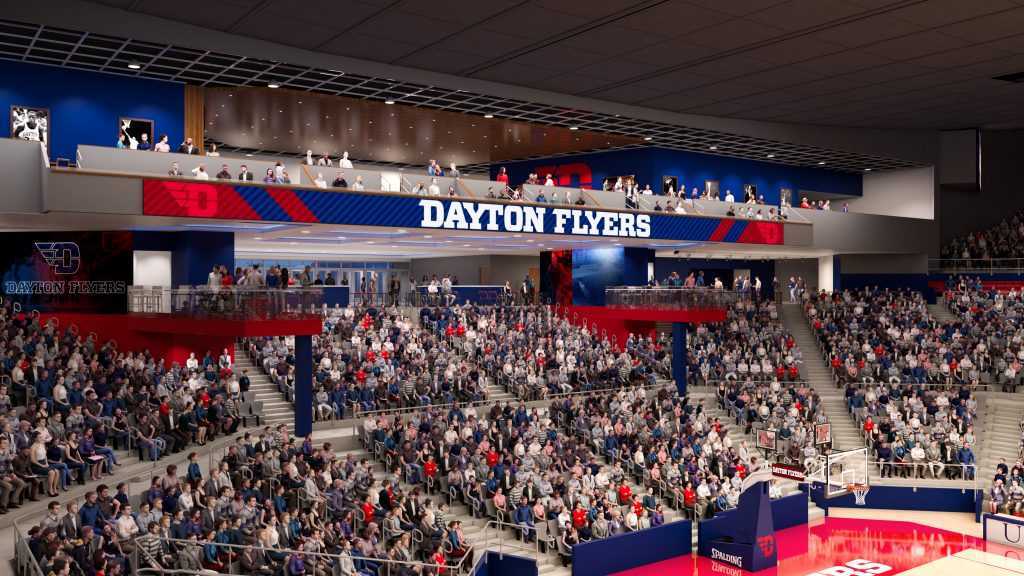 UD Arena is special to the University community for far more than just basketball. The transformed arena will enhance those special events that mark important milestones in our students’ lives. It’s where first-year students gather and pray with their families as they begin their UD journey and where, four years later, they celebrate their graduation.

While there will be some modest disruption, it will not interrupt any basketball season, and all home games will be played at UD Arena. Dayton will also host the NCAA First Four through at least 2022.

This signals a continued investment in our basketball programs and another step toward continuing to position Flyer basketball teams on a national level. (Former UD Director of Athletics) Tom Frericks’ vision took us from a facility most schools, back then, would have been happy to call their own, to one of the best basketball venues in the country. Much like he did 50 years ago, we are preserving our tradition while looking to the future.

This was a thoughtful and inclusive process that we took very seriously. We studied a multitude of options and identified the most fiscally responsible plan. We surveyed our fans, season-ticket holders and donors. We talked to people in the community and on campus. We consulted with industry leaders and experts.

Sometime during the renovation, Flyer fan No. 10 million will pass through the turnstiles. A total of 9,688,443 fans have attended 812 University of Dayton men’s basketball games since the Arena first opened on December 6, 1969. Dayton defeated Bowling Green 72-70 on that date, the first of 609 Arena wins. The Arena has also been the site of 117 NCAA Division I Men’s Basketball Tournament games, 34 more than any other tournament host.

The project’s architectural firm of record is Hastings & Chivetta Architects Inc., based out of St. Louis. Hastings & Chivetta were also the architects for the University’s RecPlex and the Helix Innovation Center. The design architects are Sink Combs Dethlefs, an industry leader in sports renovation projects with offices in Chicago. The original building contractor, Danis, is also the contractor for the renovation. Danis’ Dayton headquarters are less than 10 miles from UD Arena.

Watch a video showing the storied history of UD Arena and the upcoming transformation online at: https://youtu.be/JMbpBcHKwcQ 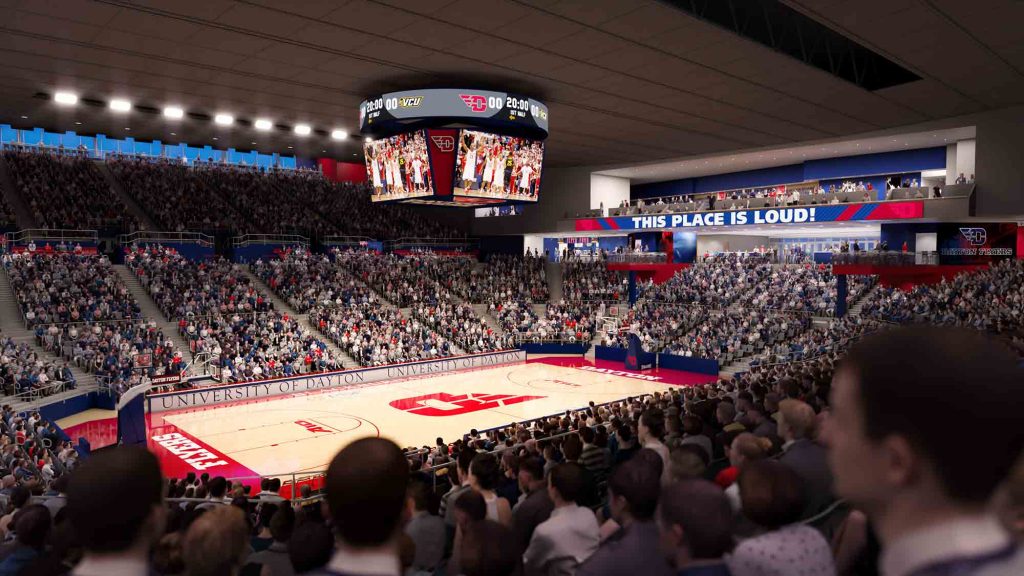 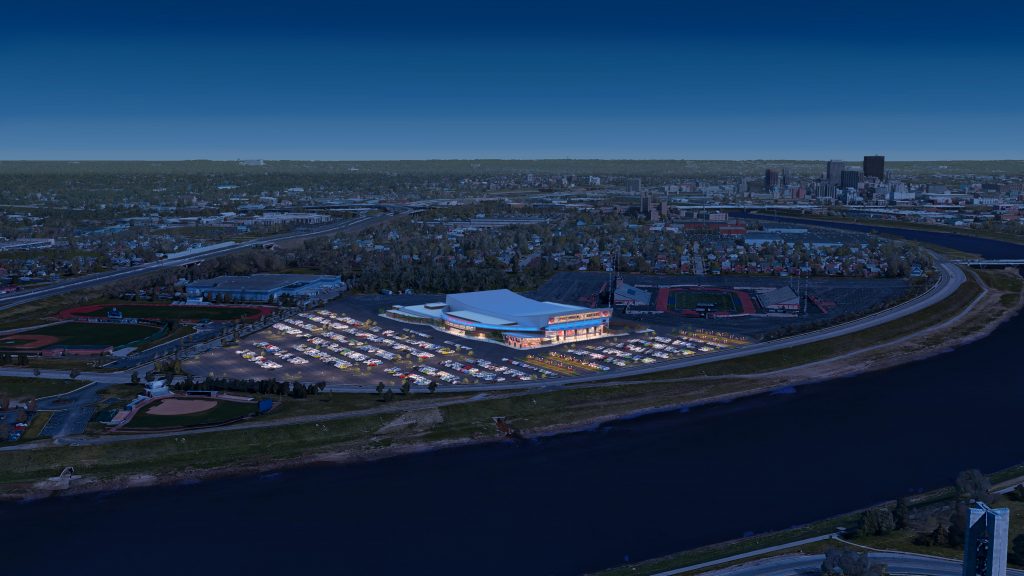