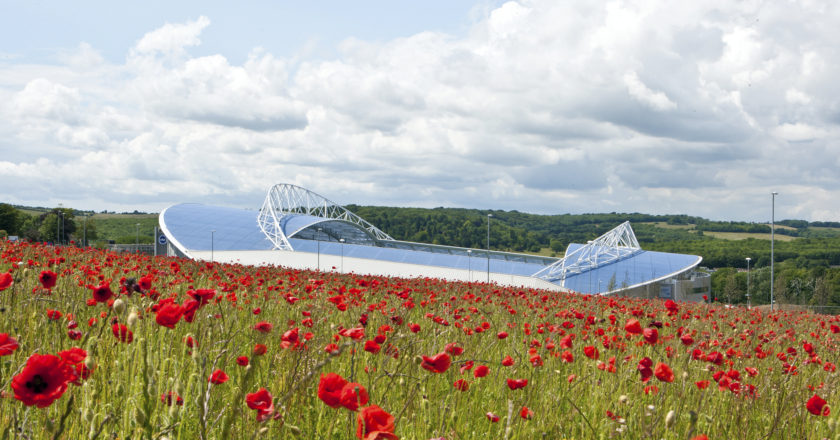 The GB£5m investment comes on the back of BHAFC’s long-awaited and highly-celebrated promotion to the English Premier League (EPL); marking the first time in 34 years that the Seagulls have been in the top flight.

Included in the long list of works is replacing the existing floodlights with a new LED system; a new additional TV gantry will be installed and an additional TV studio and hospitality area added in the south-east corner.

The media facilities will be improved to provide six interview areas for UK and global broadcasters, while the post-match press conference area will be upgraded.

A new matchday restaurant will also be added in the East Stand, and the players and managers will be rewarded with upgraded lounges for their families and guests.

BHAFC’s Executive Director, Martin Perry – who celebrated his 20th anniversary with the club this year – has a busy summer ahead overseeing the improvements, as he told seagulls.co.uk:

While Chris Hughton, Tony Bloom, Paul Winstanley and Paul Barber have a busy summer ahead in terms of player recruitment – the project team have a huge amount of work to undertake to ensure the stadium is ready for Premier League football next August.

It’s something we’ve been planning for a long time, and the plans have evolved in the past four or five years, as each year the requirements change, but we are thrilled that thanks to Chris and the players’ achievements we can finally put the plans into action.

It’s also yet another huge financial outlay, and on behalf of all Albion fans I would like to add my thanks to Tony – without him none of this would have been possible. I’m absolutely delighted for him and his family, as this means so much to them.

KSS, the architectural and design practice behind both the AMEX Community Stadium and the club’s Category One training ground, said:

The Albion’s ascent to the ‘big time’ has completed an incredible story rising from the very bottom of the Football League to the Premier League in just under 20 years.

With a world-class stadium and training centre built for the Premier League, the Seagulls have the perfect environment to continue the success both on and off the pitch.

At KSS, we are proud to have worked with BHAFC on this fantastic journey and look forward to the next exciting chapter with the new Premier League side.

Read more at: http://www.seagulls.co.uk/news/article/2016-17/brighton-hove-albion-american-express-community-stadium-3702651.aspx#wOcyEbouhZgyk8oq.99
Find out more about KSS, including their services, the regions in which they are active, as well as contact details and details on their signature projects, by checking out their listing within the SVB Directory online at: http://sportsvenuebusiness.com/index.php/2017/02/21/kss/
Image, courtesy: KSS